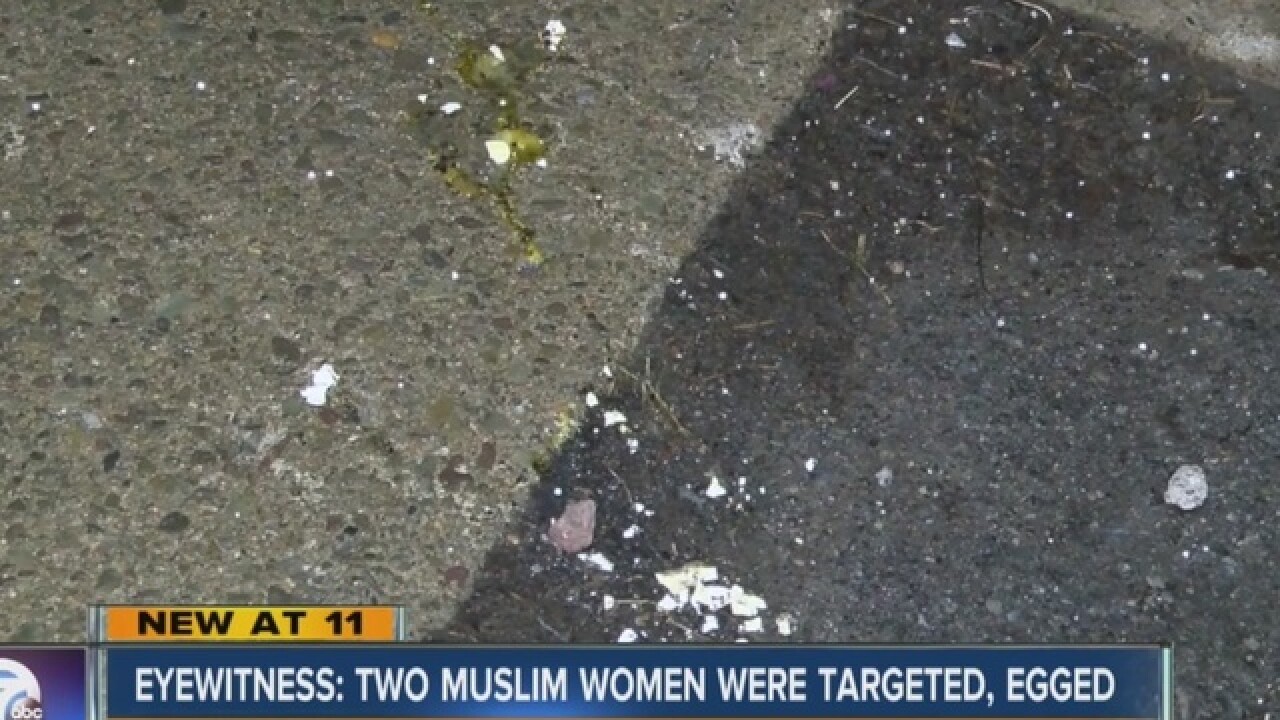 It was just a normal day for one Buffalo mom, who was waiting for her children to get off the school bus near Lafayette and Parkdale, until she says three men got out of their car, and started throwing eggs at two teenage girls.

"They started yelling, but I couldn't hear what they were saying."

The eyewitness wishes to remain anonymous, but was extremely bothered by what she saw. The women were Muslim, wearing hijabs. She believes they were targeted because of the way they looked.

"There were a lot of kids on the street," she said. "They targeted those girls."

The two men took off before she says she could get to the girls. By the time she did, they were crying and covered in egg. She says she immediately called Buffalo Police, and tried to get the girls to stay, but they spoke little English and left the scene.

"I wanted them to know that someone cared. There were a lot of other people in their cars. No one else got out."

The eyewitness did have time to take down the license plate number of the car the men were driving, and noticed one of the men left behind a cell phone. She says she handed that over to police.

Because the incident didn't happen to her, she was unable to file a police report but says she will do anything she can to right this wrong.

"It was a hate crime. It wasn't violent but it certainly was humiliating and sad."

7 Eyewitness News has reached out to Buffalo Police on this matter. We are waiting to hear back.