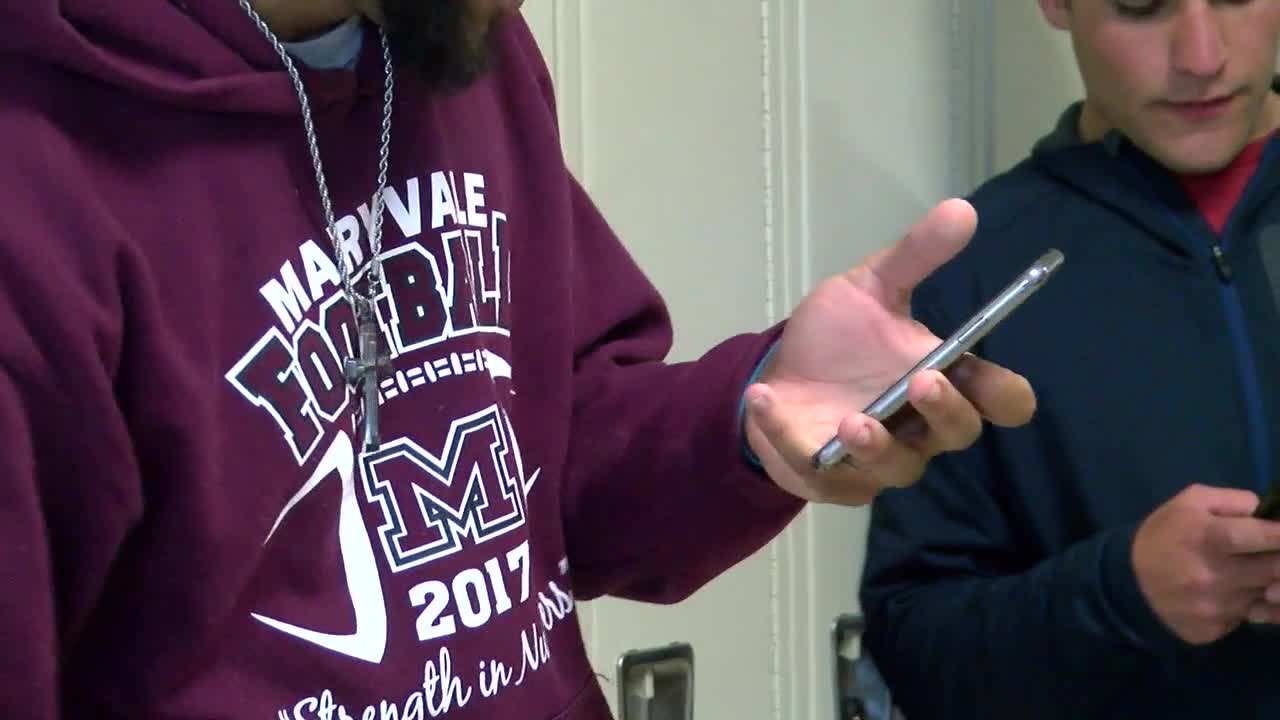 Middle and high school students will no longer be allowed to bring cell phones into class next school year.

Come next school year, Maryvale middle and high school students won't be able to have cellphones in class. They'll have to leave their phone in their lockers all day.

“A lot of time is spent staring at a screen. We don't really connect with one another,” said High School Junior, Alexander Wellenc.

That's why he said he won’t mind leaving his cell phone in his locker next year. “It's going to improve the work we do It's going to help us not only academically but socially.”

“There were several distractions per class period due to interruptions on phones. Sounds, alerts, other noises coming from the cellular phones,” said High School Principal, Thomas Stack.

The Niagara Falls City School District also used to ban phones in class. “The time spent disciplining was an exorbitant number of hours,” explained School Superintendent, Mark Laurrie. That’s why the district dialed it back, and now allows phones in designated areas.

Still, Laurrie applauds other schools for tackling the issue.

In Maryvale, teachers will take away the phone for the day for first time offenses. Parents will have to pick up the phone if it happens a second time.

Students will be allowed to check their phones in between classes.

Stack said parents can email students. And, in the event of an emergency, the district encourages parents to call the main office.

“We're not out to do this to be difficult. We're doing it to impact them in a positive means,” Stack said.