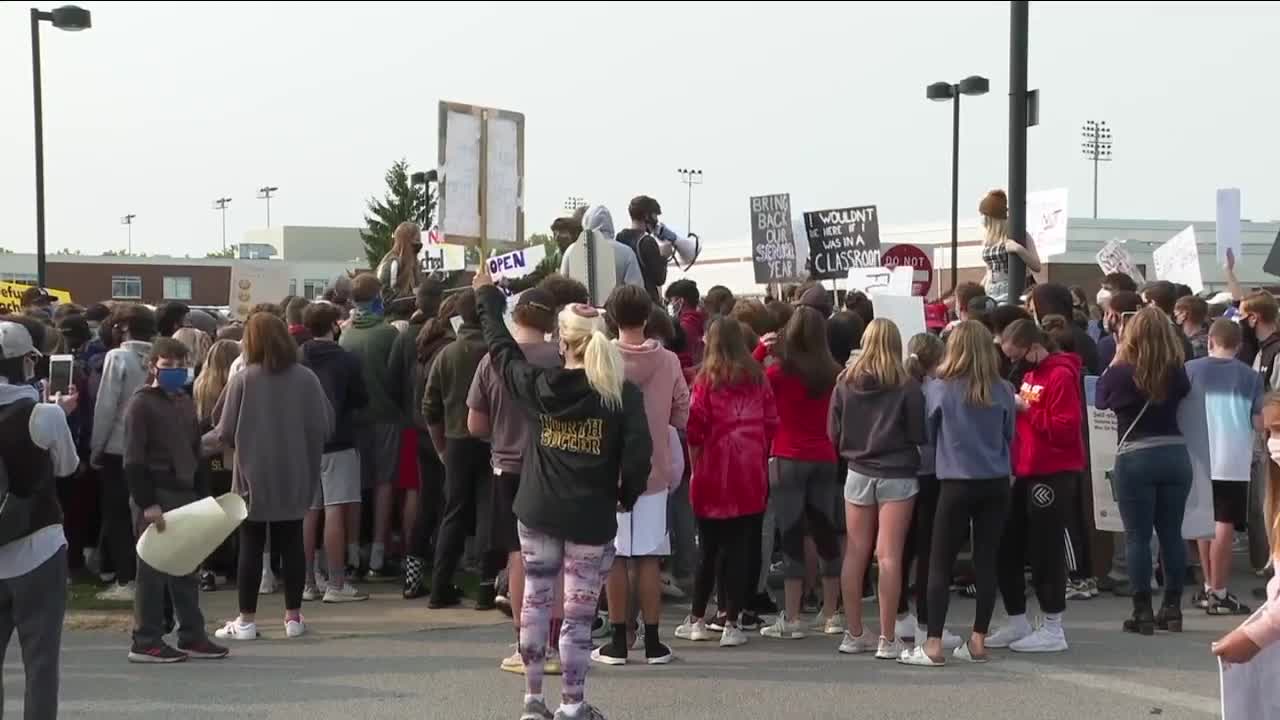 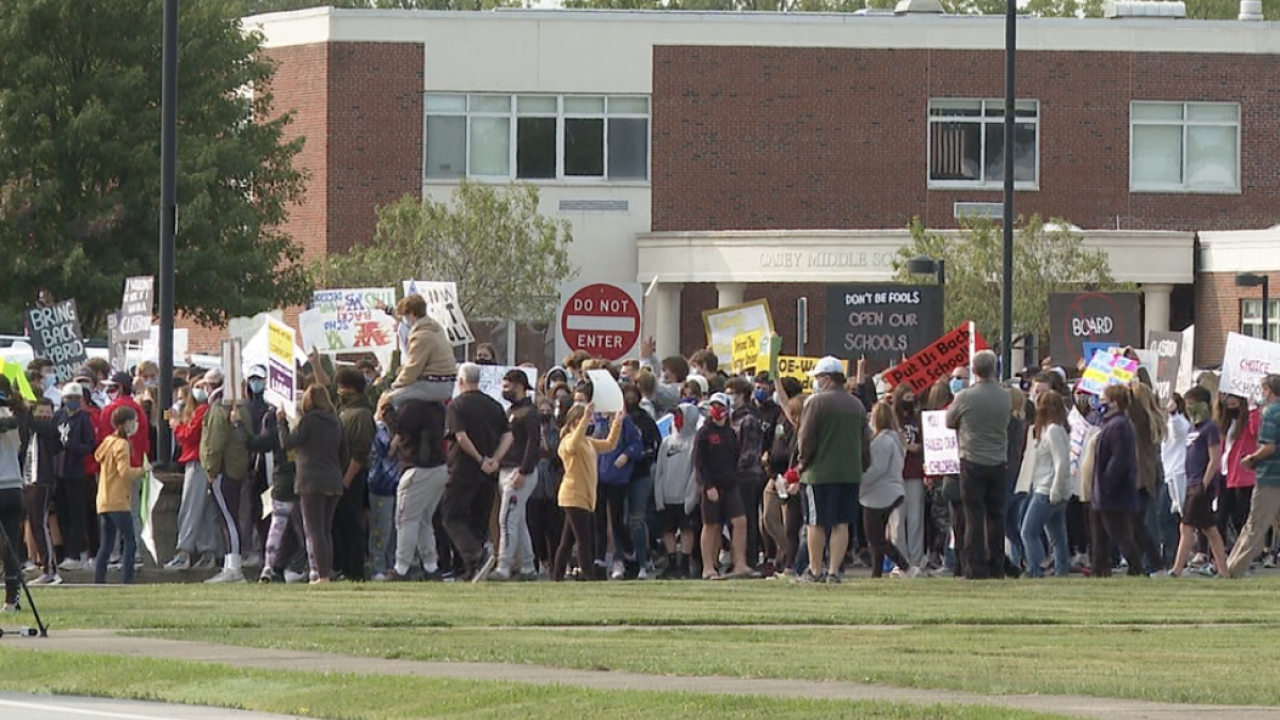 Several hundred students from across the district protested to reinstate in-person instruction on what should be their first day of fully remote learning.

The media isn’t allowed on @WCSD_K12 property. So the students brought the protest to the curb. @WKBW pic.twitter.com/7I6QNNqwXV

Last week, Acting Superintendent Dr. John McKenna temporarily pulled the plug on in-person instruction for grades five through 12. He announced those grades would be virtual while he said they could re-evaluate the best way to move forward.

“To have our whole schooling stripped away from us in a matter of two days was really disappointing,” said Williamsville student, Anna Conway. “We’ve been silenced since March. There’s been no student input on plans,” she added.

Students are proposing the district live stream in-person classes, which would allow remote learners to get the same lesson as in-person instruction.

“We feel that would be fair,” Stone said.

It’s unclear whether the district is exploring the live-stream suggestion. In a recorded response, McKenna asked that protests happen outside of the school day so students could take part in remote learning. He also said the district has established a number of committees to evaluate all possible learning solutions.

“We need to provide fair and equitable education for all students. We can’t leave 1400 students behind without any education. An immediate decision was necessary for us to move forward. We had to take one step back to take two steps forward.”

Conway said they plan to protest again if the district doesn’t comply.

“I think we’re still going to be on these school grounds until something changes.”

The media was not granted permission by the school district to be on school grounds for the protest. At one point, the students moved their protest to the street so the media could cover their event. One student told 7 Eyewitness News he wanted his voice heard not only in Williamsville, but across the community.