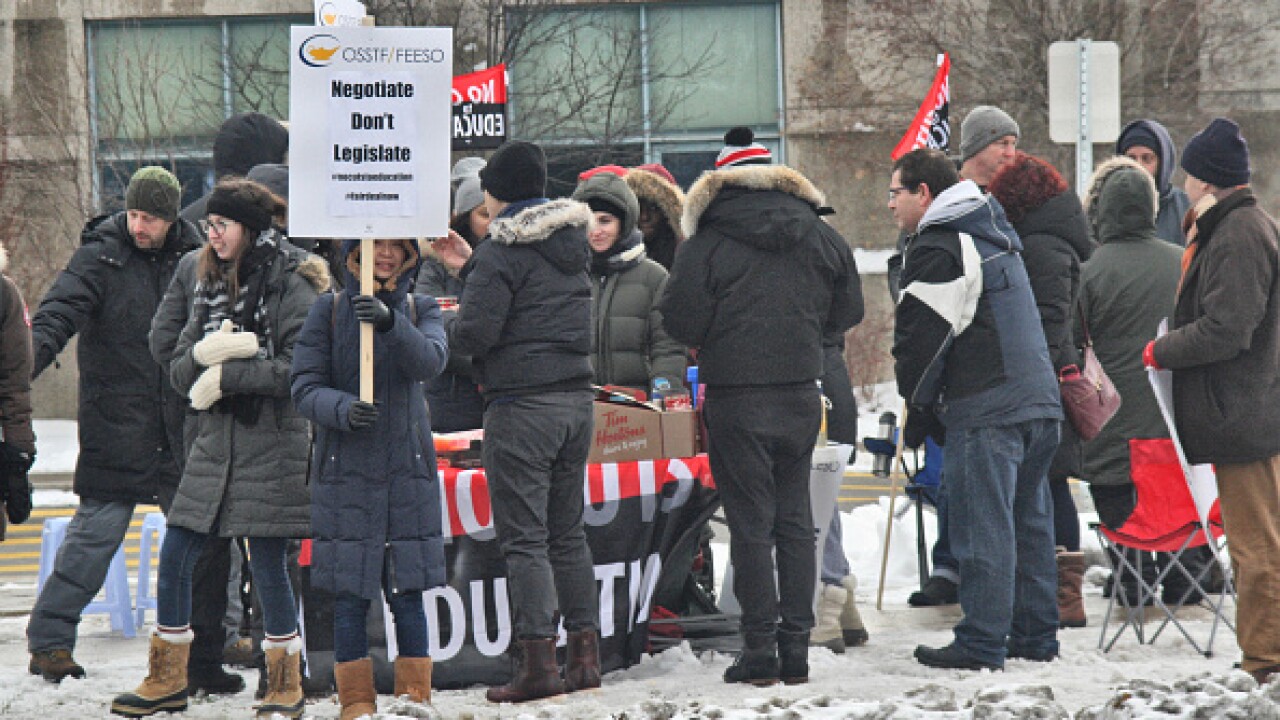 The Elementary Teachers' Federation of Ontario is holding its first strikes Monday in the York Region, Toronto and Ottawa-Carleton school boards.

The strikes will hit different boards each day this week as tensions escalate between the union and the province.

All four major teachers' unions are engaged in job action as they negotiate new collective agreements with the Progressive Conservative government.

The Ontario Secondary School Teachers' Federation is holding a one-day strike at some boards on Tuesday, as is the Ontario English Catholic Teachers' Association.

The unions say that class sizes and cuts to services are the roadblocks in bargaining, while Education Minister Stephen Lecce insists they're stuck on wages.

Only the union representing teachers in Ontario's French school system has contract talks scheduled with the government, even as they began a work-to-rule campaign last week.

As the unions ramp up their labor action, the province has sought to strike back.

The government announced last week that it would compensate parents affected by the elementary teacher strikes.

Under the plan, parents whose kids aren't yet enrolled in school but attend school-based child-care centers affected by the strikes will get the most money - $60 per day - while those with children in grades 1 through 7 will get the least - $25.

While parents of secondary school students won't get any funding, those with children with special needs up to age 21 will get $40 per day - the same amount as parents whose kids are in kindergarten.

The Ministry of Education has said more than 100,000 parents have signed up for that program, which could cost the government $48 million per day if teachers from all school boards were to strike.

That's less than the $60 million per day the government spends in teacher compensation.