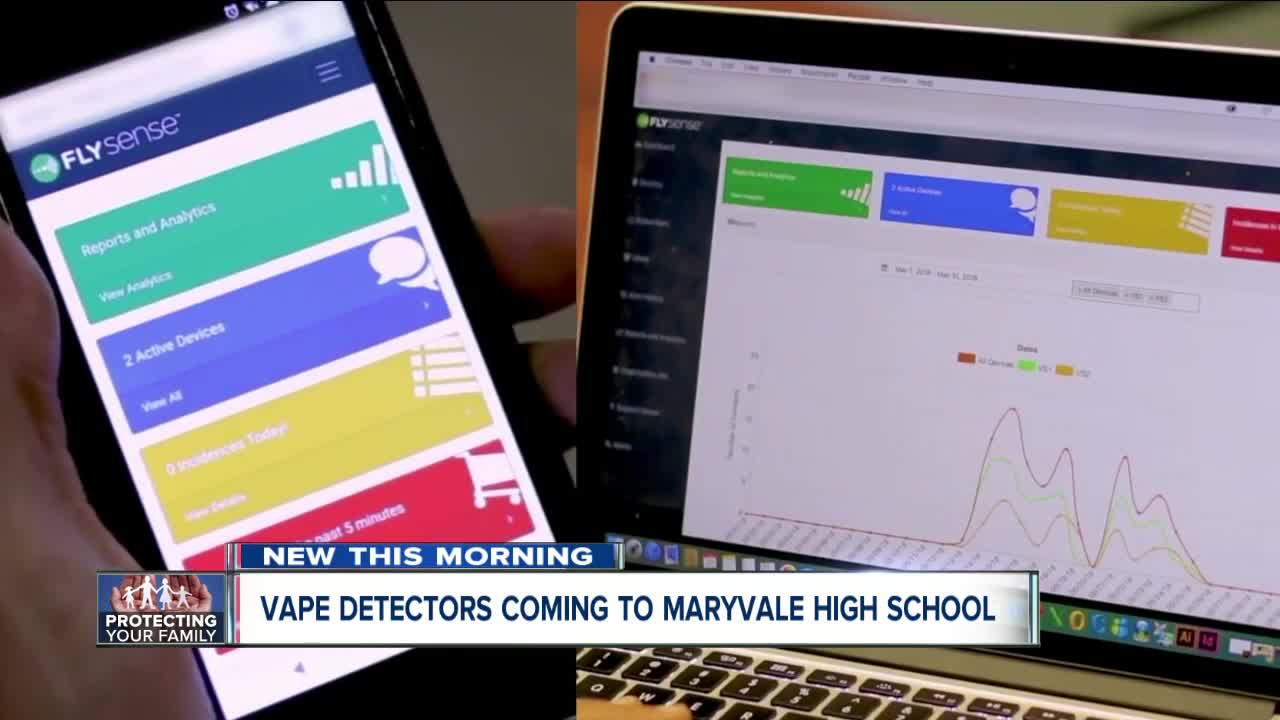 "We're just looking to make sure that our students aren't doing what they shouldn't be doing," Buccieri says.

"We think that there's a epidemic, nationally, vaping and we're concerned about the health effects vaping has on our students," D'Angelo says.

The devices will be placed in harder to monitor areas like bathrooms and locker rooms. They detect the vape smoke and alert designated school staff through a smartphone app.

"It's difficult because that cloud evaporates, or you know breaks down very quickly," Buccieri says, "back in my day it was more cigarettes, the snuff, and the chew here, things have changed now."

The staff can then go to the specific location to see which students are there.

While kids have their creative ways of vaping in school, the CEO of the company that makes the device says the sensor is very sensitive.

"If a child is vaping and they vape into their hoodie or a backpack or a sleeve, we still have to wait for that vape to get into the air and circulate," says Derek Peterson, CEO of Fly Sense, "when it does do that then we will definitely catch up on that."

Fly Sense won't just act as a nose for the school, but ears too. It detects high levels of noise like potential fights and bullying.

D'Angleo says he'll be taking a look at putting them in the middle school soon too.