Letters per NYS Department of Education and AG 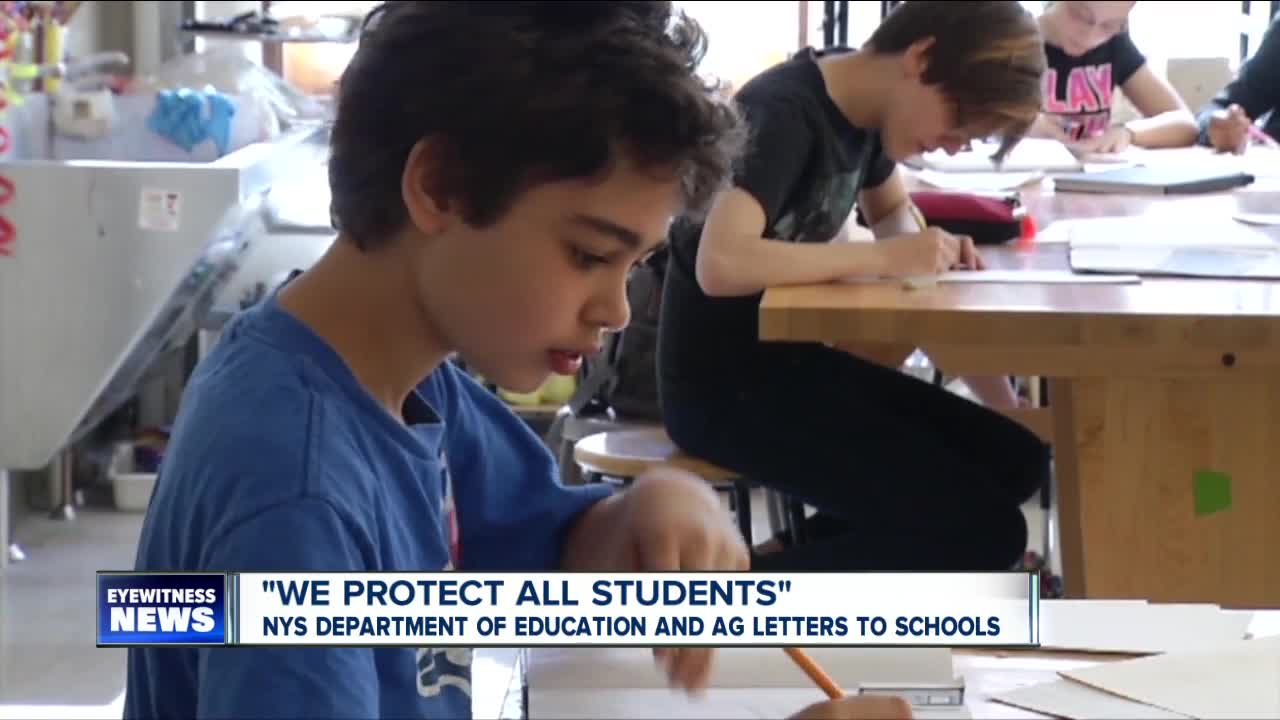 ELMA, N.Y. (WKBW) — In just a couple weeks school will be in full force with school halls packed and pencils in hand. With that in mind, the New York State Department of Education and the State Attorney General sent out two letters aimed at protecting immigrant students.

The State Education Department Commissioner MaryEllen Elia said the reason for the letters was, "Recent actions by the federal government have created fear and confusion in our schools, particularly among immigrant communities... It is imperative that that we protect all students, as well as the information we have about them... to the fullest extent."

The letters clarify the purpose of a school resource officer, which is to protect the right to receive a public education, without fear of Immigration and Customs Enforcement. SROs can not have access to student records.

"It's a nice reminder from the state, here at Iroquois we do have a SRO. His first and primary responsibility is the safety of children," said Scofield.

The goal of the letters is to make sure that every time students walk through school doors, they're in a safe place. The letters also remind New York Schools that disciplinary practices must not discriminate, which is another thing Superintendent Scofield said Iroquois schools were already doing.

"All discipline is done fair and equitable. We have rubrics that we look at and keep within the guidlines," said Scofield.

Attorney General Letitia James said the letters outline what kind of place schools should be.

"New York has always been and always will be a safe space for all students - regardless of race, ethnicity, or one's nation of origin - and that includes our schools," said James.

The full letters can be found here.