High schoolers, too young to remember September 11, reflect on the 2001 terrorist attacks 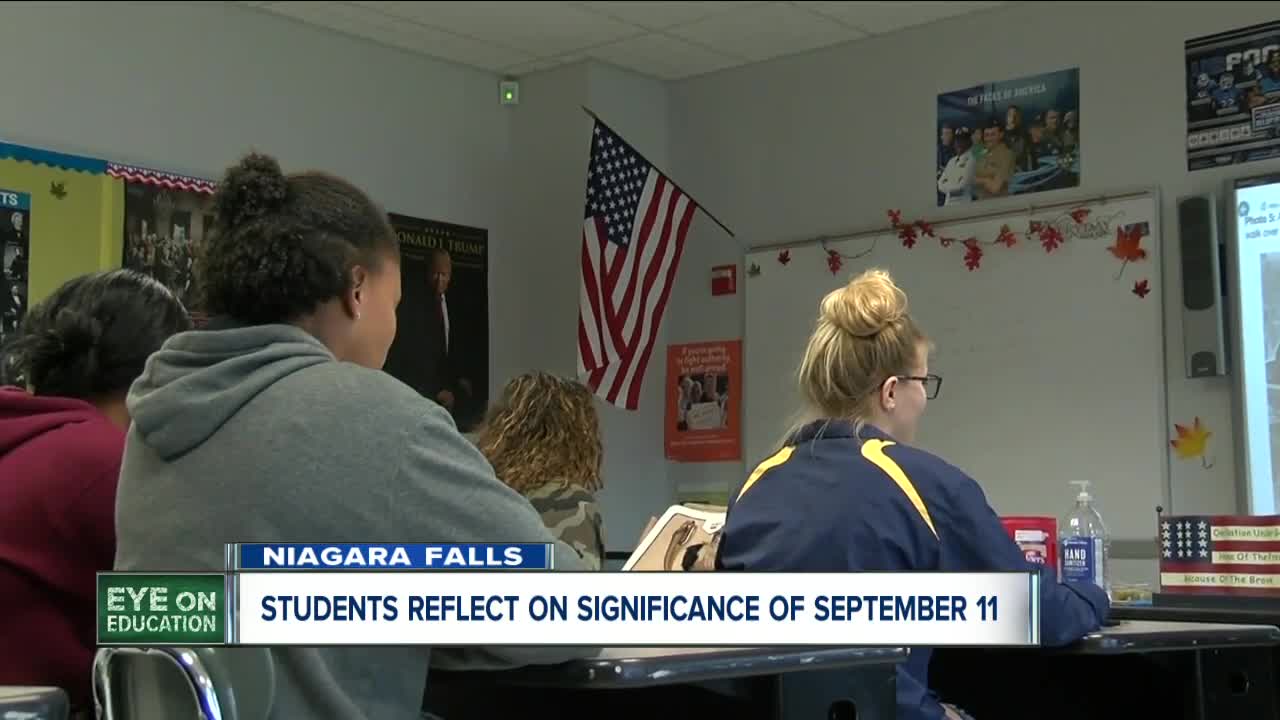 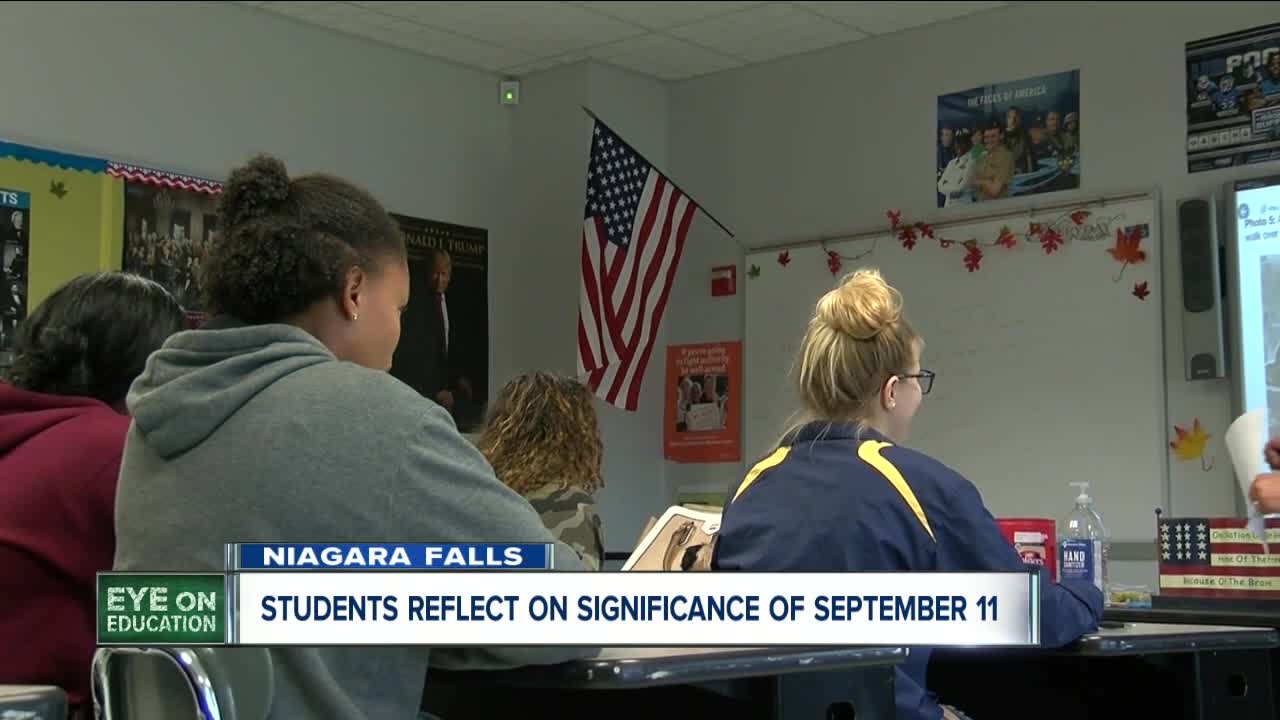 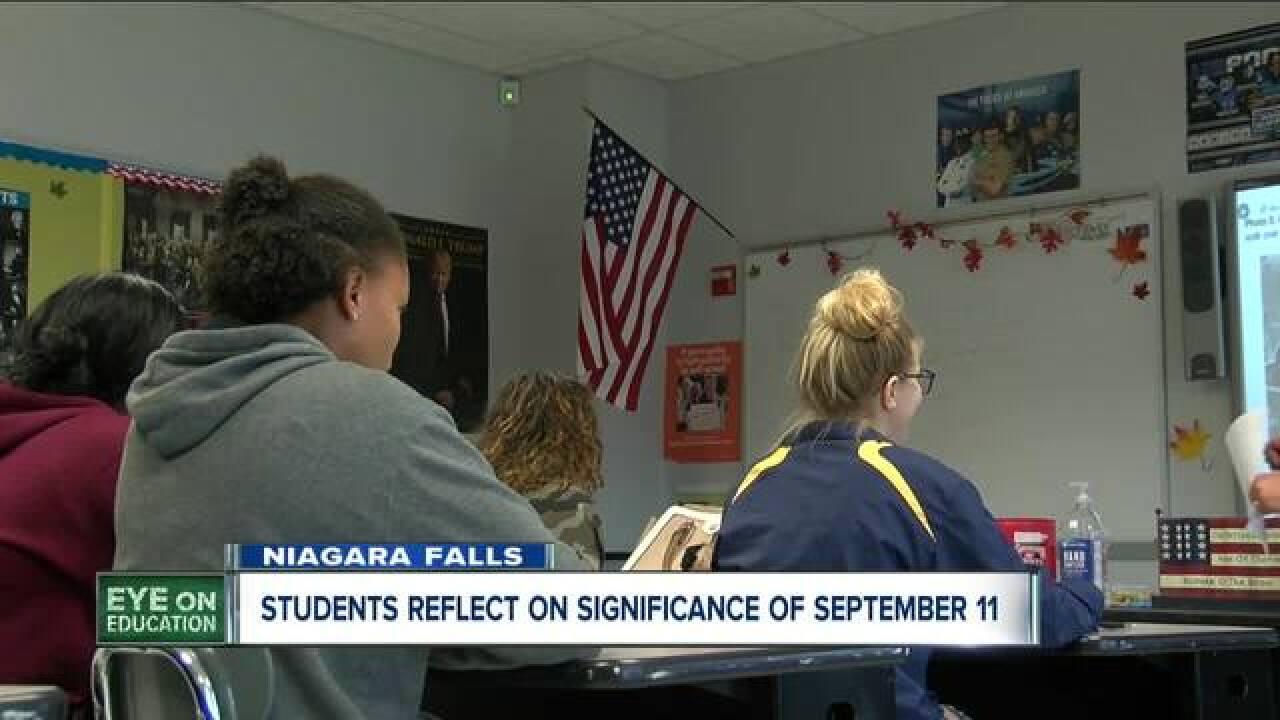 "I think I was in second or third grade when they really started explaining it to us," Niagara Falls High School senior Denasia Starks said.

Without personal memories of the day, students in Niagara Falls learn about 9/11 from parents, teachers and lessons in school.

Julie Conti teaches social studies at NFHS and starts lessons on 9/11 with her own memory of the day. She was on maternity leave with her youngest child and had two others in school.

"What just happened there?" she said, explaining her mindset when she learned of what happened. "The second thought was, do I need to get my children? Where do we go with this?"

The students in Conti's classroom don't remember that uncertainty. But, they've heard the stories from parents and friends.

Michael Uhrich's father first talked about 9/11 after his son came home from school, around age nine or ten, with questions. He was a Naval firefighter at the time and spent the days after 9/11 helping pick up the pieces in New York.

"The bravery," Michael said when asked what about the day sticks out to him. "What they had to put themselves through. Risk their lives to save hundreds of other lives."

"I just kind of imagine, what do you do when you're miles from home and you're not in a car," fellow senior at NFHS Korina Muldoon said. "You're walking. You're facing the fact that there's no way out. You're being covered in clouds of dust."