Different school districts mean different cell phone policies, but they all have the same goal 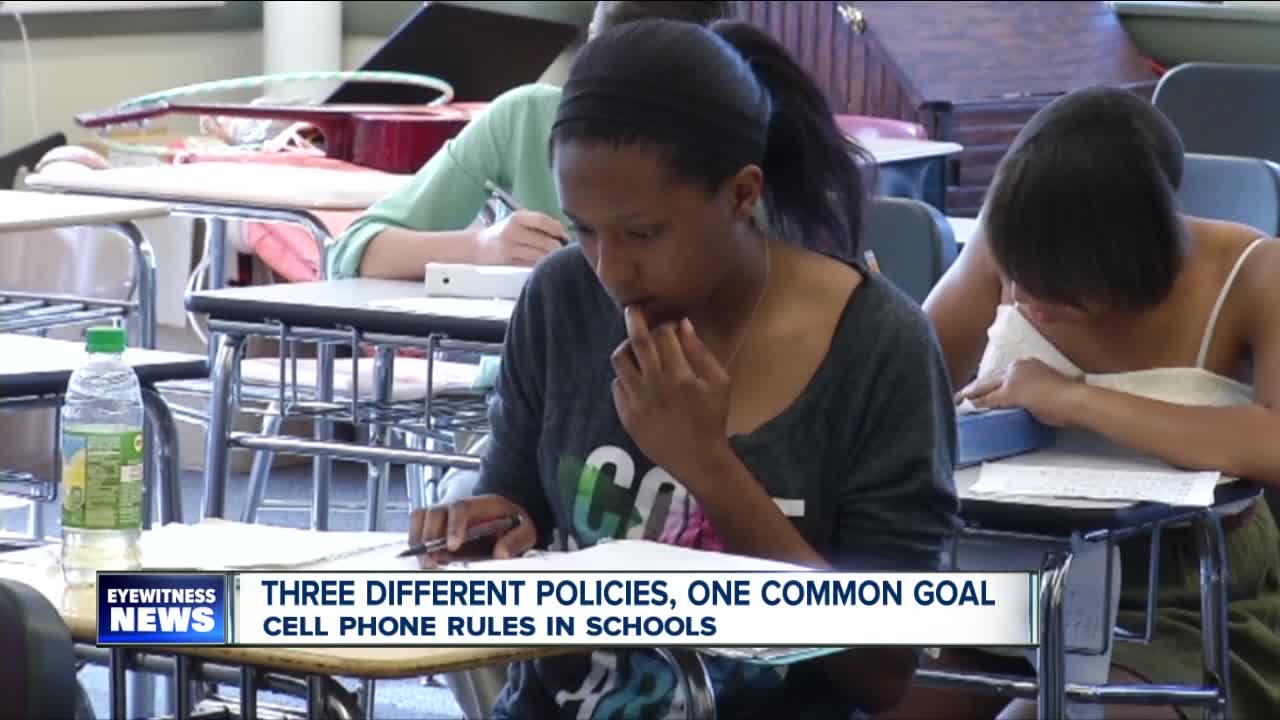 (WKBW) — We all know that schools teach science, math and English, but what about cell phone etiquette? That's exactly what the superintendents in the Niagara Falls and Frontier districts are attempting to do.

"Our policies on cell phones is one that we're trying to adapt to what's happening in the real work place," said Niagara Falls Superintendent Mark Laurrie.

"I think part of that thing is helping our students figure out how the proper way to engage," Frontier Superintendent Richard Hughes said.

Hughes developed what's called the B.Y.O.D., or bring your own device, policy where students are allowed to carry their devices with them throughout the school day.

"Going with that policy allows our students to use them in the classroom but that's up to the teacher's discretion," said Hughes.

There are designated areas where students can use their phones in Niagara Falls Schools. They're called green and red zones.

Not every school district is the same when it comes to cell phones.

At Maryvale School District there's a new policy. Phones have to kept right inside lockers.

"It's not a ban. It's an away for the day policy. Students can bring personal electronic devices to school but they have to be stored in their lockers during the instructional day," Joseph D'Angelo, the superintendent at Maryvale School District said.

This is actually a change in policy at Maryvale, because now this year, each student has a Chrome Book.

"It became less important to have devices such as cell phones in the classrooms for students to use for instructional importances since now they can use their Chrome Books," said D'Angelo.

While cell phone policies of these three different school systems differ, there's one thing they all agree upon. They have found that limiting phones limits bullying.

"Cell phones and social media care 90% of the bullying we have to deal with," said Laurrie.

"The communications, whether it's bullying or things like that. We get alerts on that and we can deal with the individual students on those basis," Hughes said.

"We're looking out for social and emotional health too," D'Angelo said.