Clean water for Uganda; one Western New York school's mission to help those in need 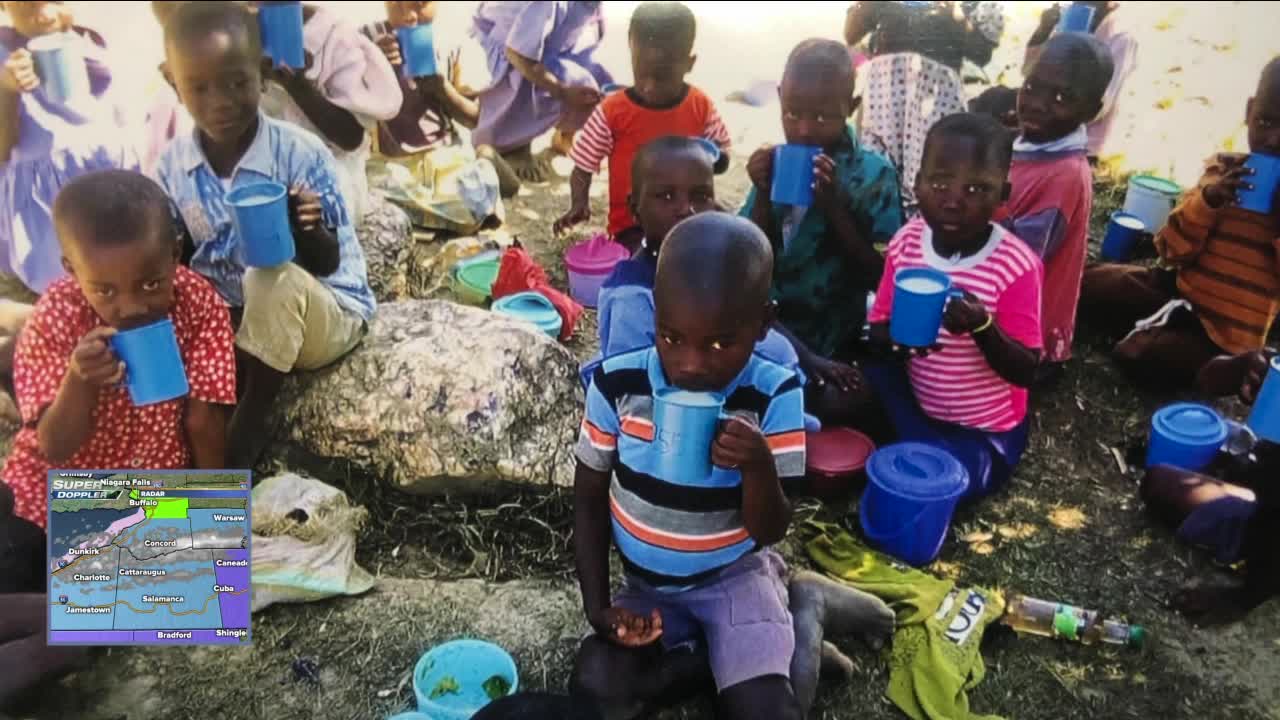 McIntyre was linked up with Father Emmanuel from the Kenyerere Parish in Uganda through a student's grandmother; and when Father Emmanuel came to visit last year, he began to explain the situations of the schools in Uganda

The environment in her classroom, and the entire building is one centered on family.

"As a teacher I've been here for 18 years," McIntyre said. "We try really hard to build a community atmosphere for the kids."

It's a community that stretches thousands of miles to Uganda.

"We need to do something for them, so that's what we're trying to do," McIntyre said.

McIntyre was linked up with Father Emmanuel from the Kenyerere Parish in Uganda through a student's grandmother; and when Father Emmanuel came to visit last year, he began to explain the situations of the schools in Uganda.

"He said we need water, we need a water well," McIntyre said.

From that conversation came The Water For Uganda Project, where the students of St. Peter and Paul raise money to bring clean water to Africa.

"It's international, it's not just helping our school or our community, it's other communities as well," said Gabrielle Adamczyk, an eighth grader at St. Peter and Paul.

She and her classmates have raised at least $1,500 at this point; meaning the Ugandan school is getting fresh water.

"These kids walk three miles to get water that's not even clean," Adamczyk said.

The entire project has given students a sense of perspective and appreciation for the lives of others.

"It's really an eye-opening thing because it's something that we've never had to deal with," Adamczyk said.

With one week left, the school met its goal.

Instead of students patting themselves on the back, they've set another goal.

A second well, completely transforming life for students that no one in the school has met; it's all because they feel it's something they just have to do.

"I think it just puts a whole new flavor on why we are here, and what our job is as far as giving up our time," McIntyre said.