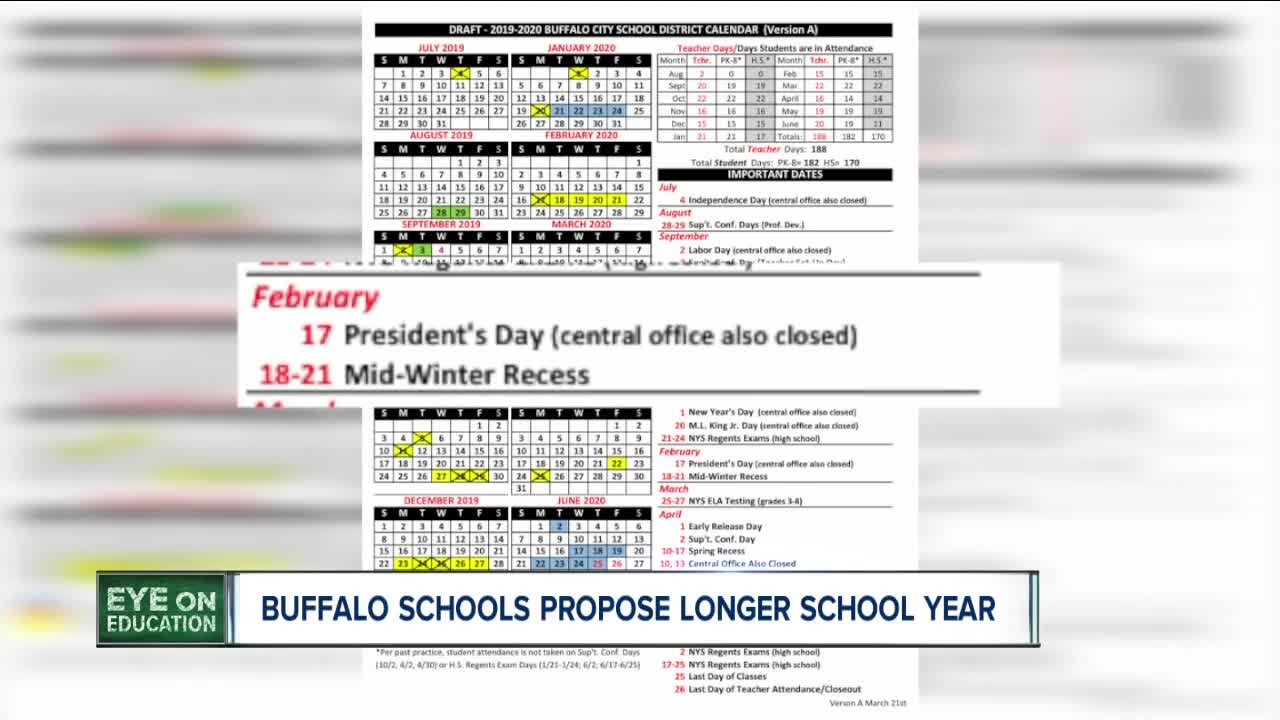 Buffalo School administrators would like to schedule a 44-week school year for 2019/2020.

A contentious proposal that could change the Buffalo Public Schools yearly calendar has been tabled by the District's Board of Education.

The district is considering two options for the 2019/2020 school year. One proposal is a 42-week school year, including no February break. Students would report September 11th. The other is a 44-week year, where students would begin September 4th.

Currently, the school year is 43 weeks.

The Buffalo Teacher’s Federation isn't pleased with the longer proposal. “That's unacceptable because you're spreading out the teacher’s pay for 44 weeks instead of 42 weeks,” said Union President, Phil Rumore.

Rumore said a 44-week school year would also cut into the summer when teachers often pick up another job to earn extra income.

The union's proposing a 43-week school year instead, with students starting September 6th. “And then, school starts on a Friday...which is fine,” said Rumore.

“I’m not sold students would attend for one day during that week,” said Buffalo Schools Chief Of Staff, Dr. Darren Brown-Hall.

The school's proposal also includes no school the day before Thanksgiving and the Friday before Memorial Day weekend. “Historically, those days have a high absentee rate for teachers,” Brown-Hall said.

Brown-Hall said the goal is to reduce the number of substitutes in the classroom and to provide a higher level of education for students.

On Wednesday, the Board decided to table the discussion for a later date.

The district has posted a survey and the two proposals it’s considering here.