"I am just so proud" 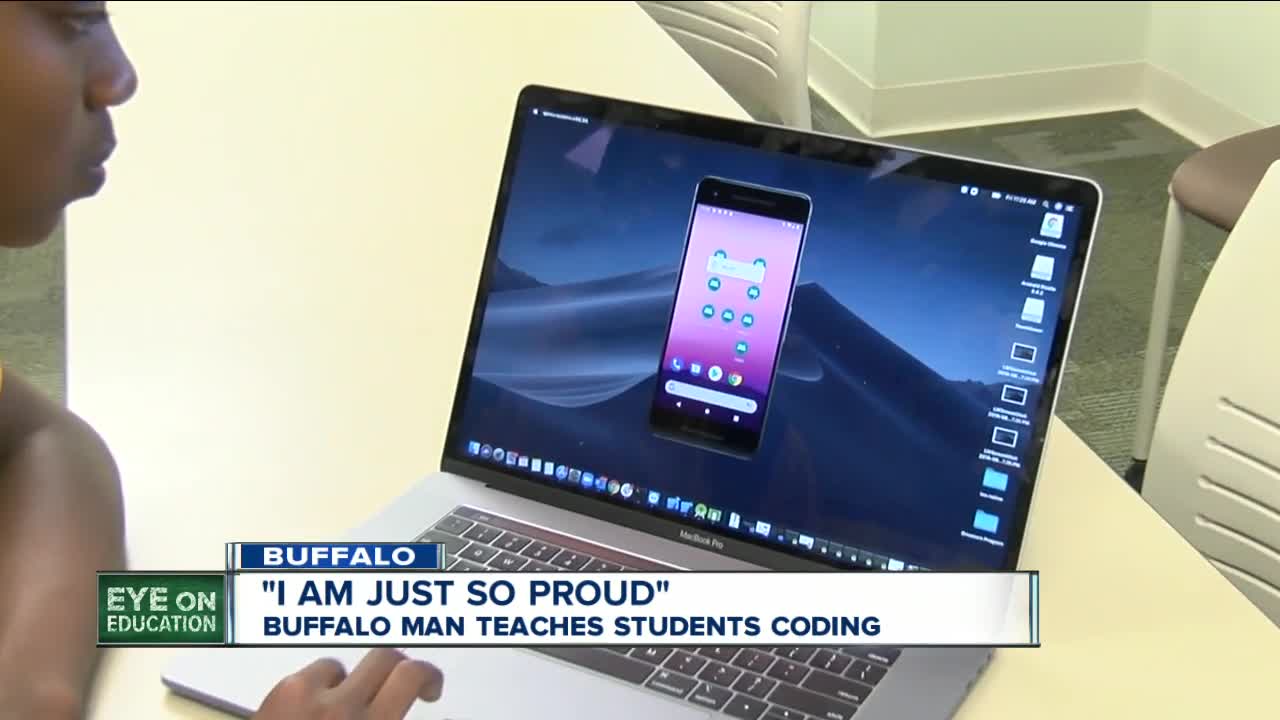 BUFFALO, N.Y. (WKBW) — "He would just play loud music, and he'd be like, 'You came late you have to dance,' and I'd be like 'What is going on?'" Makhia Laster, a student in the Dreamers Program.

"You come in in the morning and he's just all hyped, just talking, got the music blasting... He has no chill," Nina Littleton, another student in the Dreamers Program said.

If you're were late to Nigel Brown's class, you'd have to show off your moves. But it's that spirit that helped keep his students engaged.

"Because of that energy, I was able to focus more. Because if he was a boring teacher I would not have completed my app," said Littleton.

Brown is teaching high schoolers from low performing schools how to code, making apps for android phones. It's called the Dreamers Program, an addition to the Upwardd Bound program at Medaille College.

"I walked in not knowing what to do, and then at the end I have a whole like app child," said Laster.

"I knew what they needed to learn at the basic level for native Android development," Brown said.

But it was much more than that. He wanted to show his students that they can be anything the want to be.

"I also knew the enrichment aspects that I needed to provide. So speaker day, being able to see professionals in the area that looks like you," said Brown.

Students spent 12 hours a week for 5 weeks in a classroom just like this, and the results were life changing.

"I was able to learn things that will change my life forever," said Littleton.

That's why Brown said he started this program. He was put in foster care at just two years old and bounced from home to home. He said he wants to show kdis they can accomplish anything.

"Most importantly, giving kids around me who didn't have that strength to be more than where they came from," Brown said.

His ultimate goal is to open a trade school, focused on coding, for minorities.