According to Dirschberger's attorney, this all pertains to one incident during a work trip to Albany. Among the charges are two counts of rape in the third degree.

Dischberger suddenly resigned last month. At the time, he was under criminal investigation for an alleged incident with a female subordinate in Albany in while on a conference in December.

Dirschberger joined the county in 2015 and ran the largest department in county government with a budget of nearly $600 million a year. 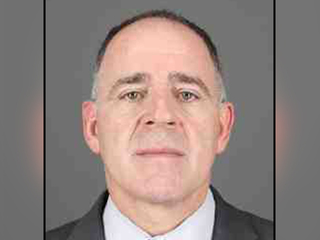 "I can tell you that Dirschberger did not participate in any non-consented to acts. Anything that happened was absolutely consented to. One thing we are certain of is that regret does not make a case of rape," said James Knox, the attorney representing Dirschberger from Albany, in collaboration with his Buffalo representation, Connors LLP.

Nicholas A. Romano, an attorney for Dirschberger released a statement Monday afternoon:

“Dr. Al Dirschberger appeared in Albany County Court this afternoon to plead 'not guilty' to charges of sexual assault because he is not guilty.  Dr. Dirschberger looks forward to the opportunity to provide his side of the story and fully defend himself.  His exemplary and unblemished record of over 30 years as a social worker, an educator, and a public servant speaks for itself.  He is innocent and, to that end, will request a speedy trial to exonerate himself.  Dr. Dirschberger extends his heartfelt thanks and appreciation to the countless friends, colleagues, and community members that have reached out to support him and his family, and offered to help him in combating these charges.”

Dirschberger is also listed as an assistant coach for Niagara University's softball team.

Monday afternoon the university released a statement regarding his status with the team, saying, "Niagara University takes matters such as these very seriously. We are aware of the allegations against Al Dirschberger, and we have placed him on administrative leave from his responsibilities with the Purple Eagles softball team."