Everything you need to know for Gates implosion 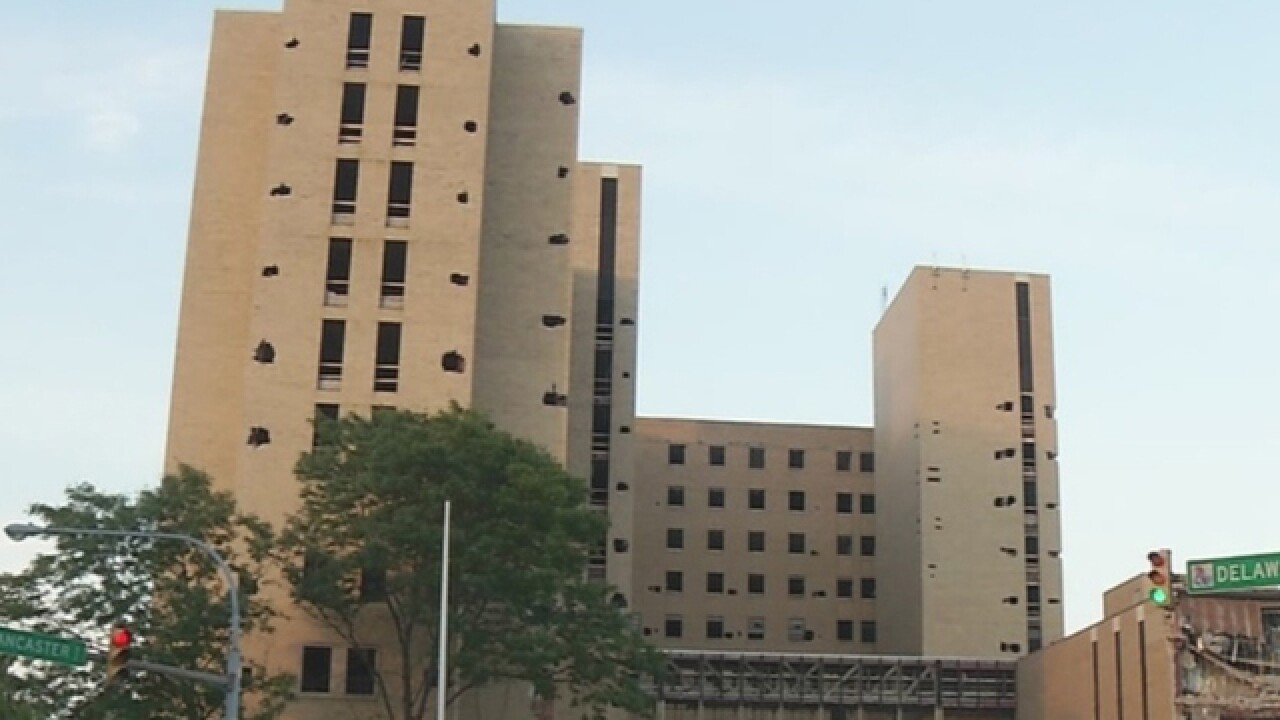 If the scheduled implosion of the former Millard Fillmore Gates Circle Hospital goes a head Saturday morning, here is everything you need to know.

For starters, spectators and residents are encouraged to watch the implosion at home. WKBW.com will be live streaming the implosion. You'll be able to watch here.

If you do want to try to watch the implosion in person, a public viewing area is being set up at Delaware Avenue north up to West Delavan Avenue.

The implosion is scheduled for 7 a.m., but police will begin closing streets around the building at 3 a.m.

Before 6 a.m., Buffalo Police will allow residents or businesses, when possible, inside the perimeter. But after 6 a.m., no one will be allowed in or out until after the implosion.

Streets will only be re-opened after officials deem it safe.

See a map of the street closures and detours here. Below is a list:

The implosion will last about 30 seconds, but the cleanup is expected to take several weeks.

During a morning press conference, city officials said alarms with sirens and horns will sound four separate times times before the blast. The first alarm will be given at 6:30 a.m.

Weather is not expected to be a factor and the expected 50-foot high dust cloud should float southwest depending on the wind. The Buffalo Fire Department is being deployed to monitor air quality around the implosion site, and seismic senors will be used to check for vibrations in surrounding streets.

Buffalo Mayor Byron Brown said the best way to view the implosion is on "your sofa" because the event is being broadcast live. 7 Eyewitness News will be streaming the implosion live on our website with video replays in our evening newscast.