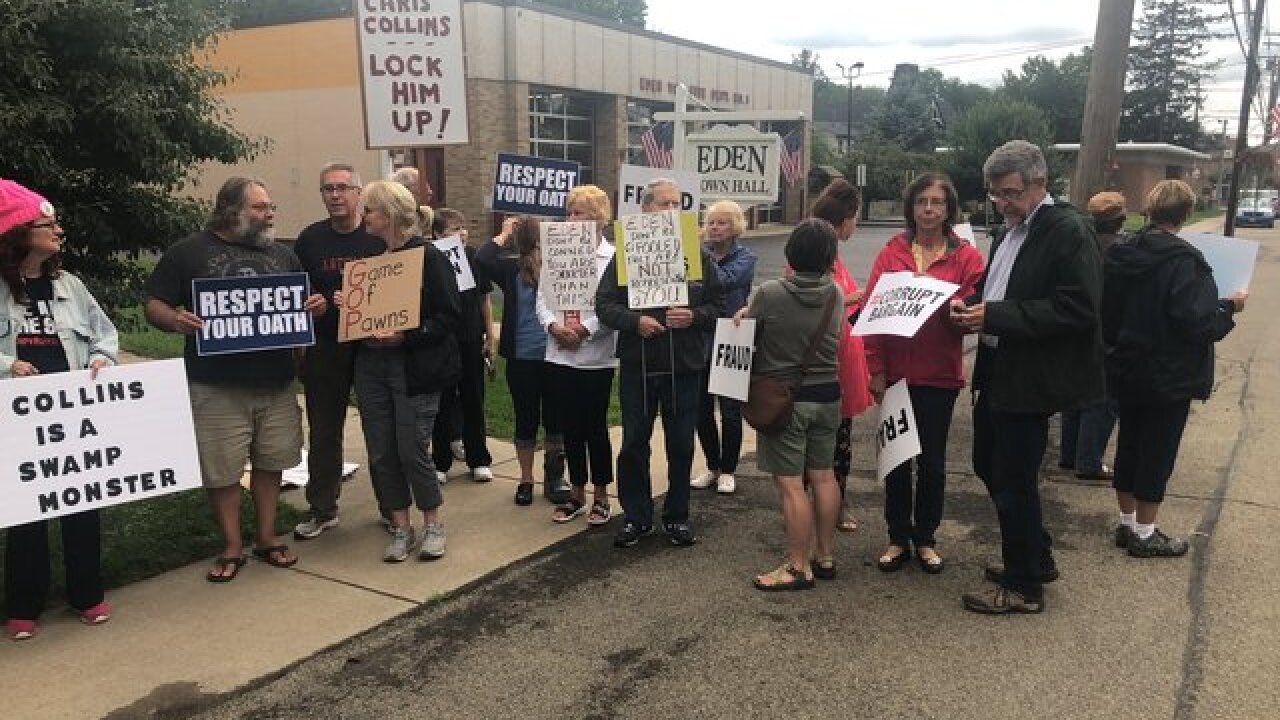 Copyright 2018 Scripps Media, Inc. All rights reserved. This material may not be published, broadcast, rewritten, or redistributed.
<p>Eden hoping collins stays away from assessor race. </p>

Western New York republicans have been scrambling to get indicted Congressman Chris Collins off the ballot for NY-27. One option that has come to the forefront would be by having Collins place his name on the ballot for Eden's assessors office. If he does this, he would be taken off the Congressional races ballot which would open up the spot for another Republican. The only problem is, some Eden residents do not want that to happen.

"Our town is not a political town," Republic Town Supervisor Melissa Hartman said, "We're here to work for our residents. Period."

Hartman is among many who stood outside of Town Hall trying to make the public aware that Collins could run for the Eden seat with no implications of holding it.

"Things could move very quickly and he could be on the ballot before we know it if we didn't act immediately" Eden Democratic Chair Edward Krycia Jr said.

If Collins would end up deciding to run for Eden's co-assessor seat, he would have to live in Eden by election day.