Dwyer's Irish Pub is offering a $500 reward for the Seneca family's stolen smartphone.

Owner Greg Dwyer posted to the North Tonawanda Public Facebook page that he'd put up a "$500 reward no questions asked if you return the phone to Dwyer's Irish Pub."

The Seneca family had precious photos of their two week old daughter, Diana Seneca, who was born with holoprosencephaly (HPE), a rare neurological disorder.

"She's two weeks old today so that's, to me, a big milestone for her," Jessica said.

Her family isn't sure how much longer Diana will be alive. Now, with the help of Greg Dwyer, they're trying to find the cell phone with hundreds of pictures and videos documenting the precious moments with their baby girl. 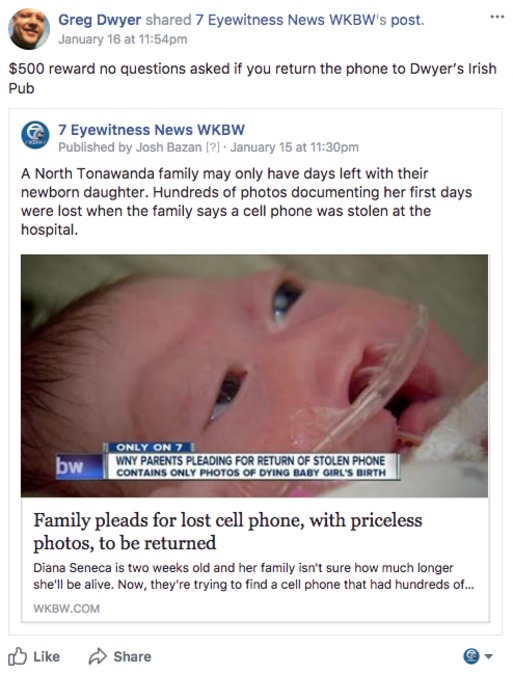 Hear from the Seneca family here.