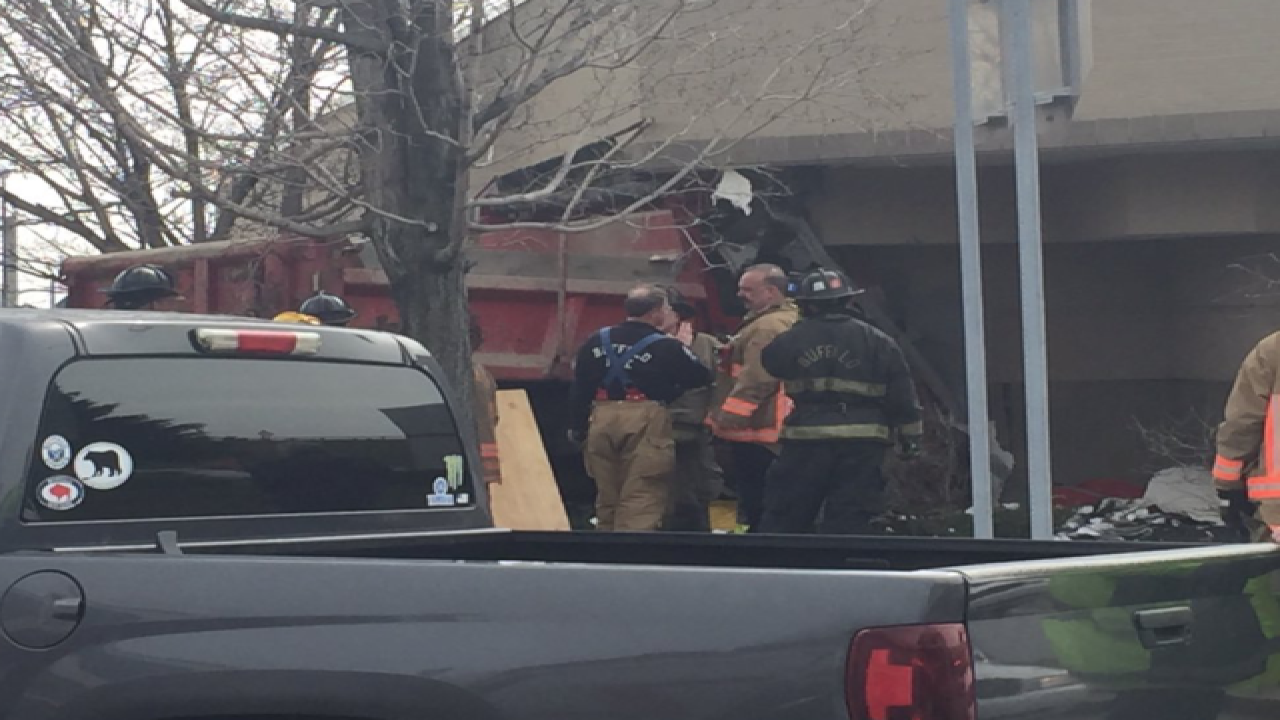 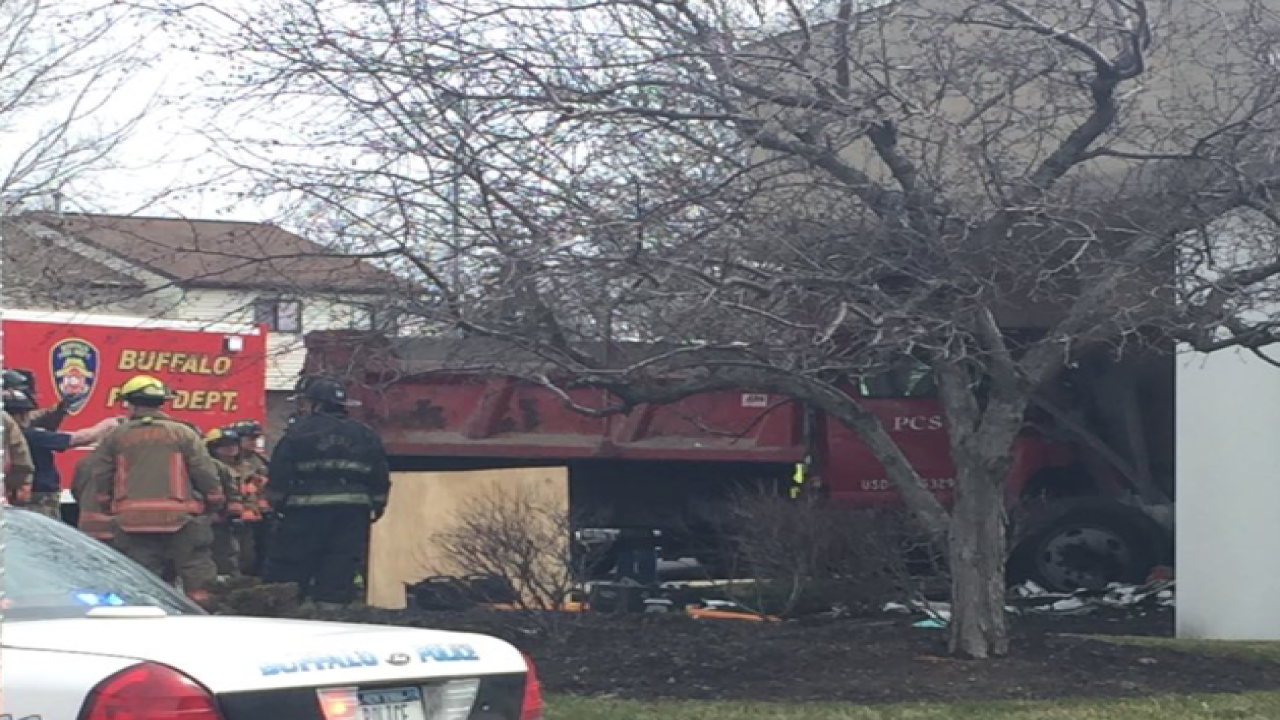 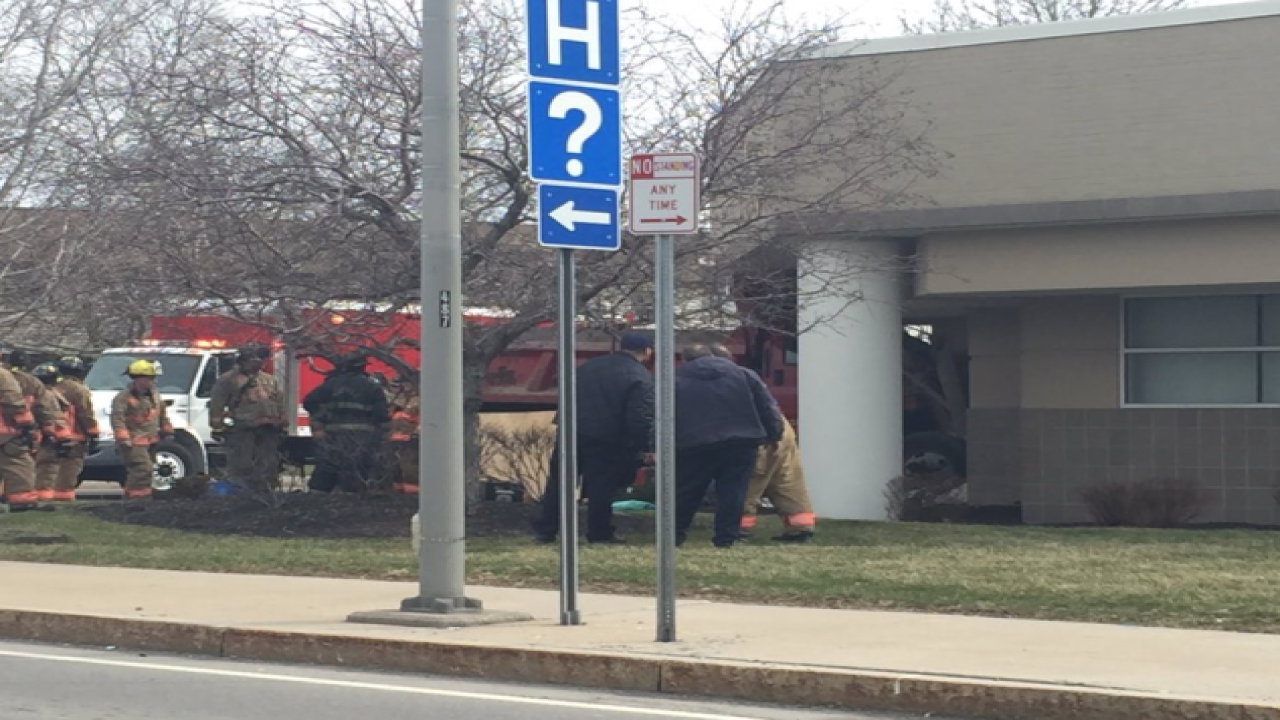 A dump truck has slammed into a church at Goodell and Elm streets in Buffalo.

The back side of the Church of Jesus Christ of Latter-day Saints was struck around 11am on Tuesday. Police say on the other side of the wall the dump truck hit, there is a day care. But luckily, no children were hurt.

Police and fire crews now working to figure out the best way to get this dump truck out of the building. @WKBW pic.twitter.com/dKmnWcg5cW

Police say the dump truck was going the wrong way down Goodell and struck a pickup truck turning on to Goodell before hitting a fire hydrant and then the church.

No one was injured but the church suffered extensive damaged.

The driver of the dump truck, a 56-year-old man from Lancaster, was issued a summons for driving the wrong way down a one-way street.