DOT looks alternatives for the Scajaquada 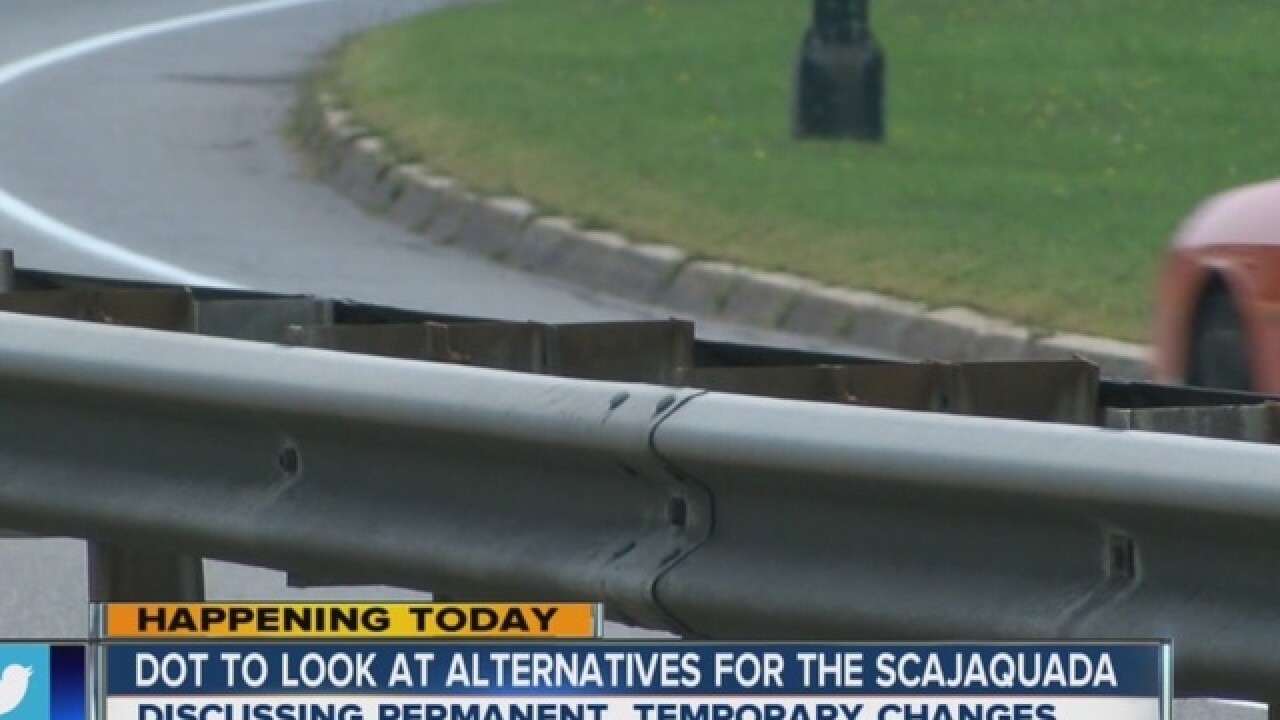 Could State Route 198 get a complete re-do? That’s what the New York State Department of Transportation has been looking into.

DOT officials discussed findings from ideas that the public asked it to look into in April of 2014 in a meeting held Wednesday evening.

Those ideas are removing the Scajaquada Expressway between Elmwood and Parkside and reducing the expressway to one lane in each direction with a speed limit of 30 miles per hour.

According to a letter that the department sent to members of the Scajaquada Corridor Coalition, they will also present findings from research into a speed limit at 30 or 40 miles per hour.

The DOT will discuss the impact of interim measures already put into place. That includes a speed limit lowered to 30 miles per hour, a temporary guardrail by Delaware Park, re-striping of the corridor and narrowing the lanes from 12 feet to 11 feet wide.

Future changes coming in the near future include replacing the temporary guardrail to one that fits in with a park setting and adding pedestrian crosswalks.

The meeting was held at Frederick Law Olmsted Public School 64 in Buffalo at 874 Amherst Street.

It started with an informal open house, including displays about the proposed project. A formal presentation, followed by a question and answer session, then took place.