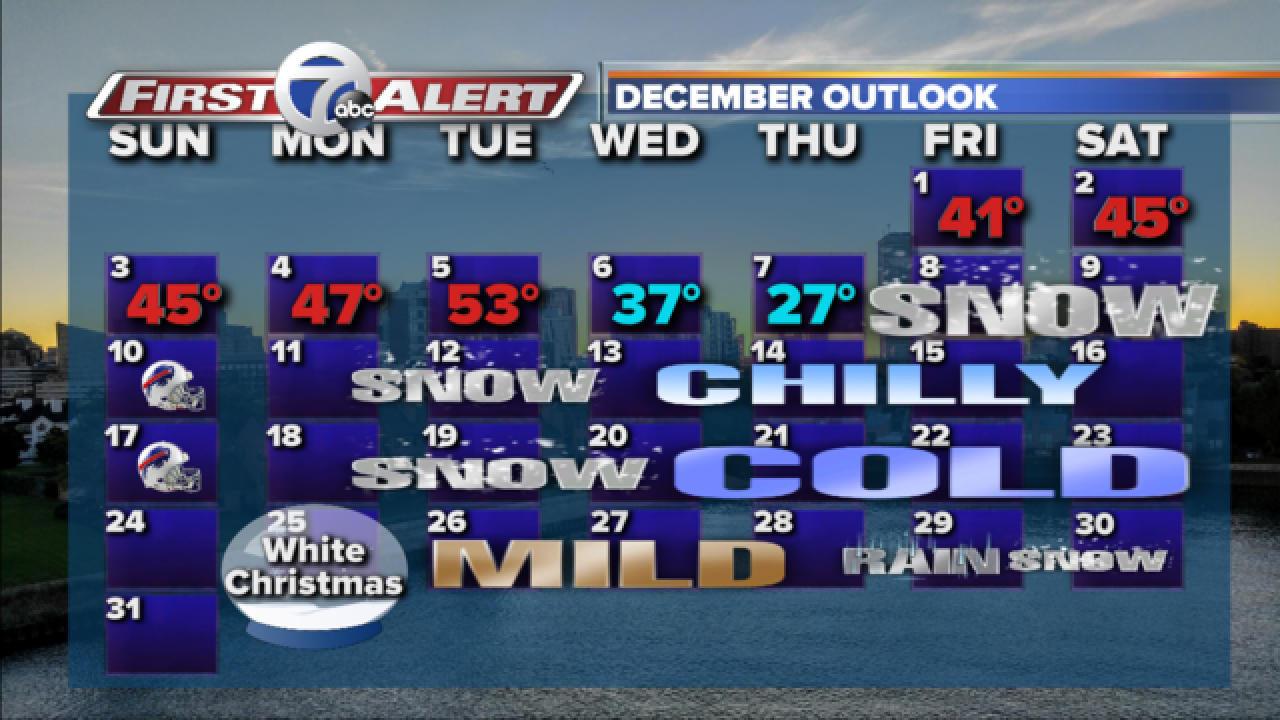 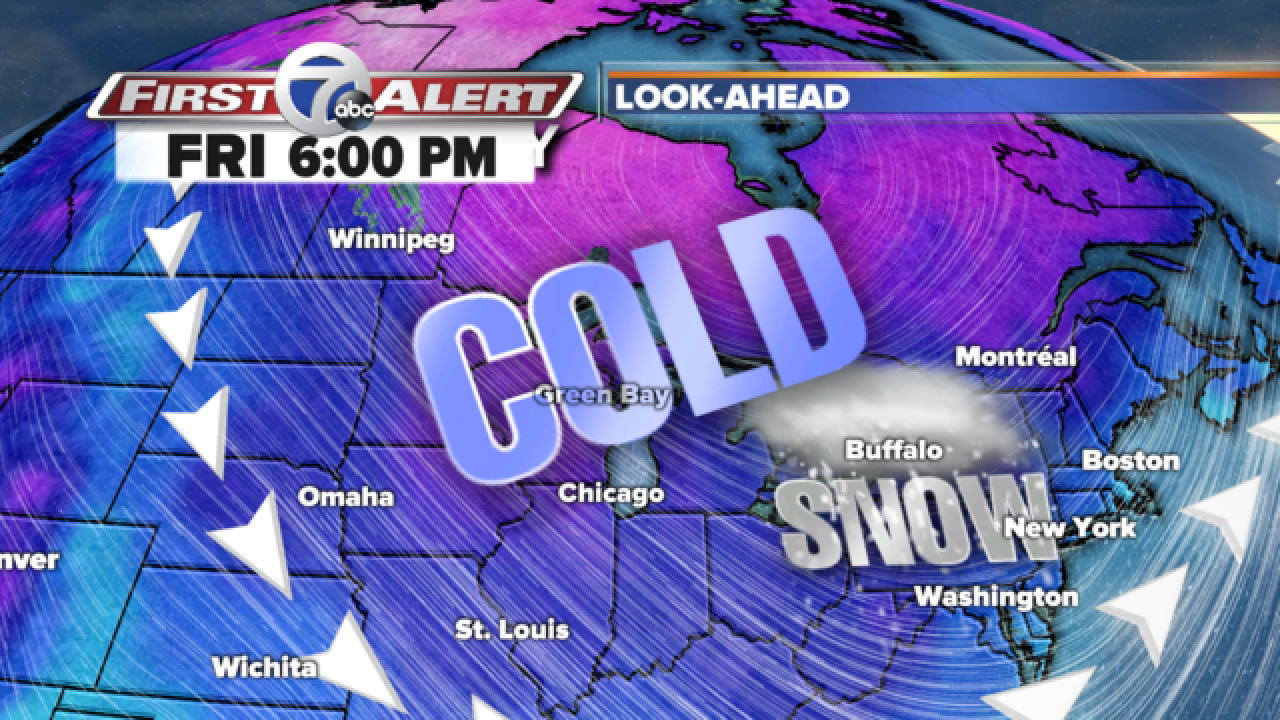 Our long-advertised major pattern change, arriving behind a Tuesday night cold front...will be preceded by mild temperatures and some rain on Tuesday. The initial shift to colder weather will not be extreme, but it will be more than adequate to trigger lake effect snow by Wednesday. The wintry pattern will persist much of the time for weeks to come, but there may be some moderation around December 18. Lake effect will begin to develop during Wednesday predawn, most likely close to the metro area. However, this snow may still move just a bit north and south of the metro area during Wednesday and again on Friday as it shifts north and weakens. Most extended range guidance shows the heaviest accumulations between Wednesday and the following Wednesday will be south of Buffalo, with lesser amounts to the north. However, the band of lake snow will be close enough to the metro area to bear careful monitoring. More generalized snow may arrive next Saturday ahead of that "still colder" air for next Sunday.

THURSDAY: Lake Effect Snow should stay just south of the metro area . Snow within the band will be heavy at times, with little snow falling away from the band. Gusty WSW wind. High: 33.

FRIDAY: Lake snow likely shifts northward across the Niagara Frontier and weakens in the afternoon. High: 35.