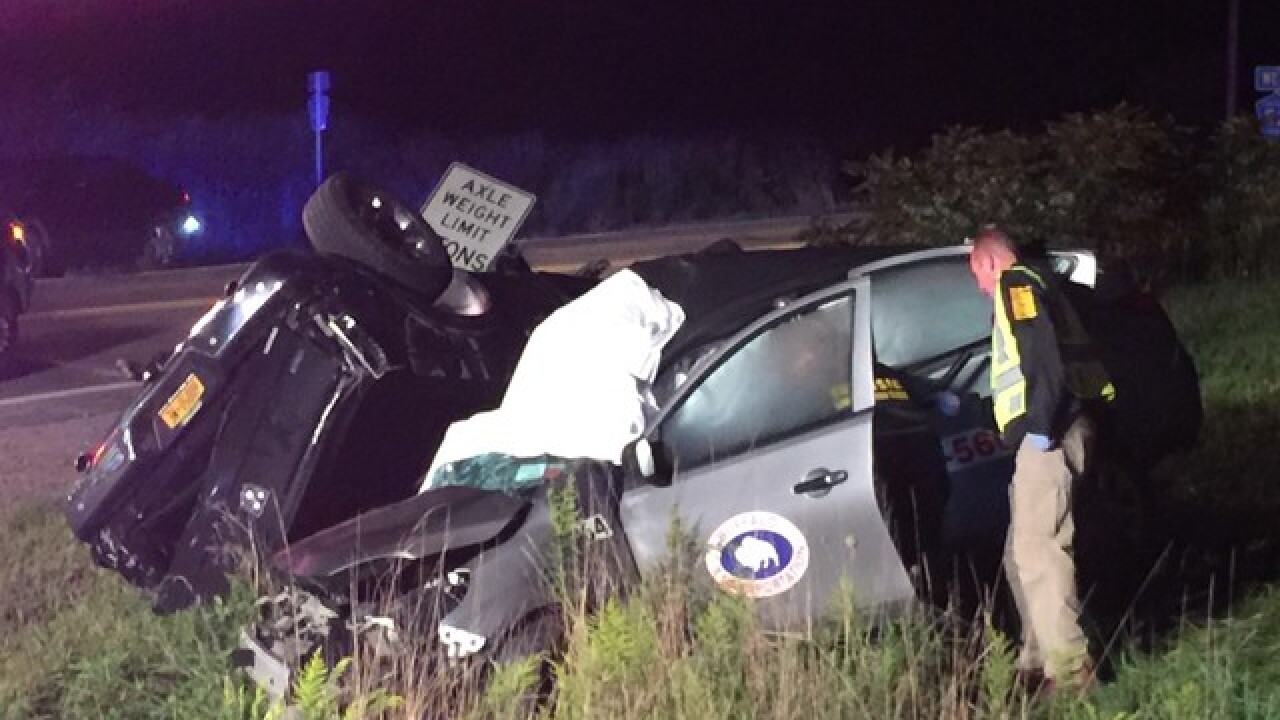 Charges are pending against the driver who survived a two-car crash in Chautauqua County Friday night.

Deputies were called to Sinclair Drive and Route 380 in the Town of Ellery around 9pm. Authorities say 22-year-old Charles Clutter of Stockton, N.Y. and 29-year-old Jude Gagliano of Lakewood, N.Y. crashed near that intersection.

Clutter was pronounced dead at the scene. Gagliano was airlifted to a hospital in Erie, P.A. He’s expected to be okay.

Gagliano was allegedly under the influence of alcohol.

The investigation continues and deputies say charges are pending.