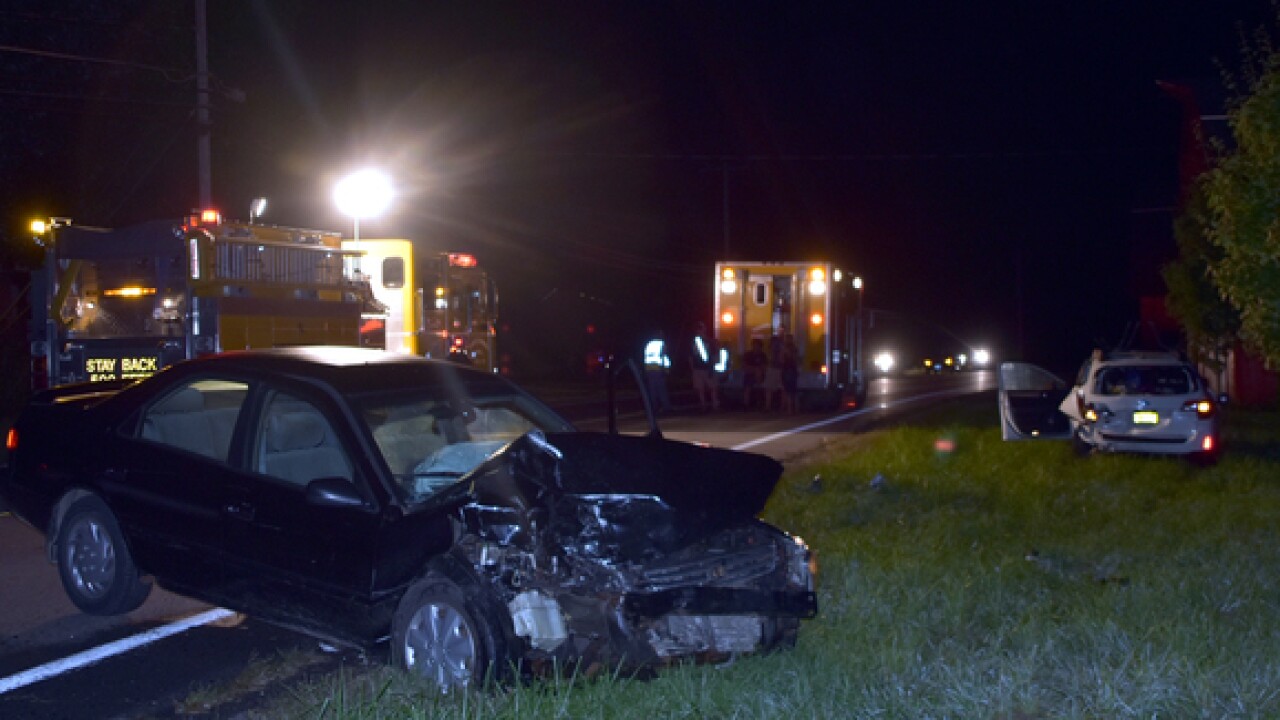 A Niagara County man is facing DWI and vehicular manslaughter charges after a deadly crash in the Town of Royalton Saturday night.

The Niagara County Sheriff's Office says around 7 p.m. Saturday deputies responded to a two-vehicle accident in front of 7626 Chestnut Ridge Road. Upon arrival deputies observed both vehicles on the north side of the roadway.

Initial investigation by the NCSO reveals that a white station wagon was being driven westbound and pulled off to the side of the road, the passenger then exited and approached the front of the vehicle.

A black sedan, also driving westbound, approached from behind and struck the white station wagon.

The white station wagon then struck the passenger who exited the vehicle.

The passenger of the white station wagon, 58-year-old Mary Beccari, of Ransomville, was transported to ENH Lockport Hospital where she was pronounced deceased.

The driver of the black sedan, 23-year-old Nathaniel Miles, of Royalton, was charged with vehicular manslaughter in the second degree and driving while intoxicated.

Miles was arraigned in the Town of Royalton Court where he was placed in the custody of the Niagara County Jail on $20,000 bail.

Miles may face further charges pending the conclusion of the accident investigation.