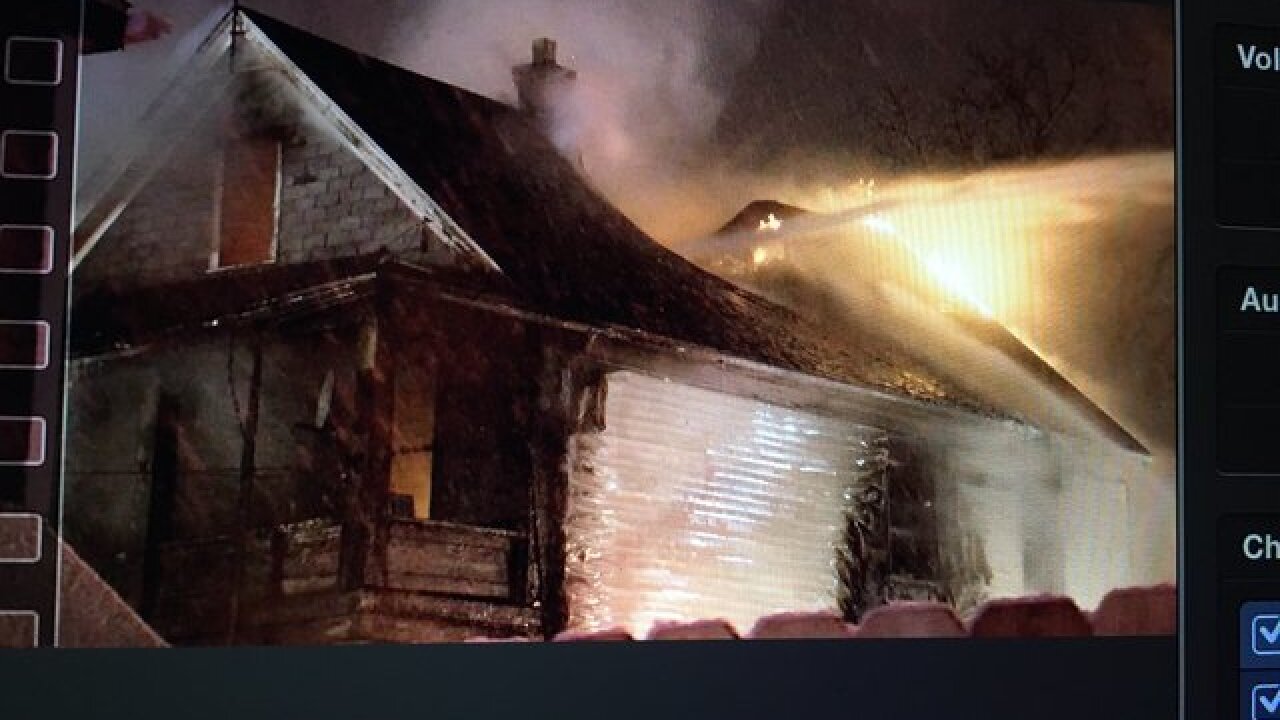 At least one person was seriously hurt in a Niagara Falls fire, early Thursday morning.

The fire started in a building next to St. George's Cathedral on Falls Street off 19th Street at about 3:15 a.m.

American Medical Response crews took five people to the hospital from the fire on Falls Street.

At least one person went to Erie County Medical Center with serious injuries.

Firefighters on scene said they saw flames on the first floor of the home upon arrival. Those flames quickly spread to the second floor and through the roof.

Flames were visible on the first floor when firefighter's arrived, climbed and reached through roof. People jumped from 2nd floor @WKBW pic.twitter.com/ND20jcT1g4

Two adult women had to jump from the second floor to escape the flames. They suffered lower leg injuries.

Three others suffered smoke inhalation and were taken to Niagara Falls Memorial Hospital as a precaution.

Mercy Flight was unavailable because of weather.

Firefighters continued to direct water on the flames through 6 a.m., the heavy snow caused no major issues, but an electrical wire impeded one of the rigs. National Grid then came to assist.

Red Cross was also on the scene to assist.

Investigators said they were working to find out how the fire started.