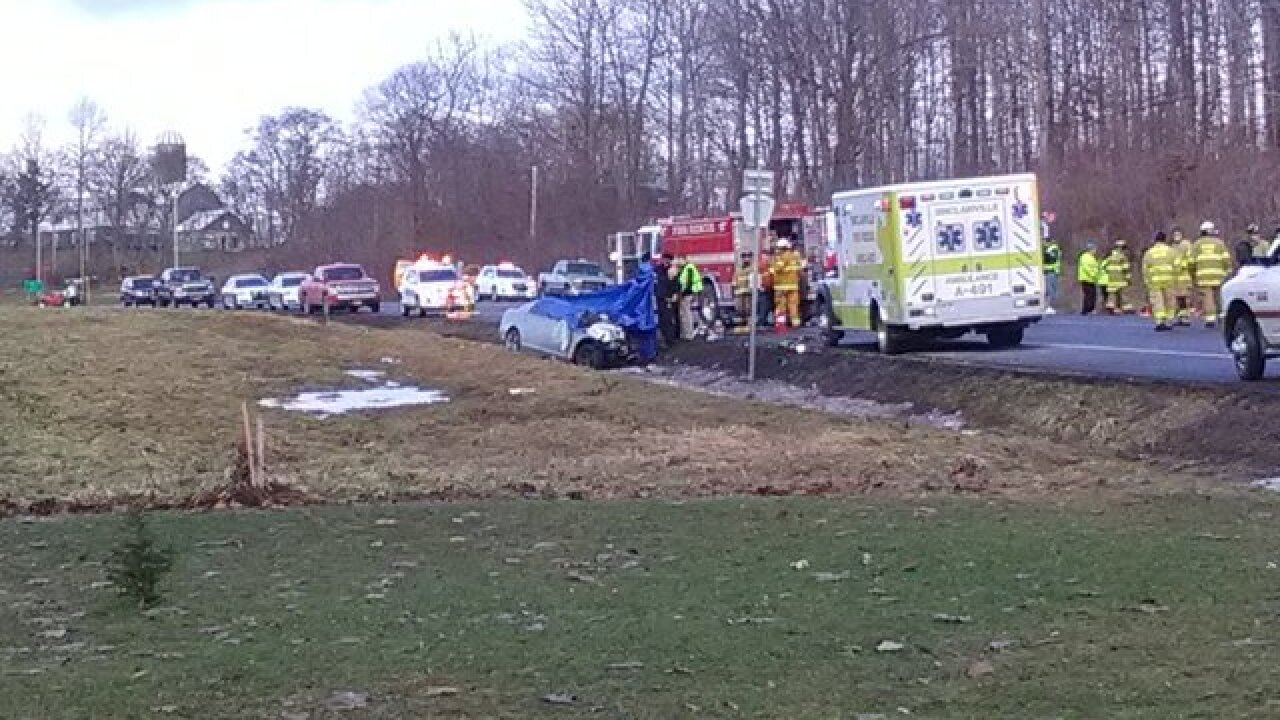 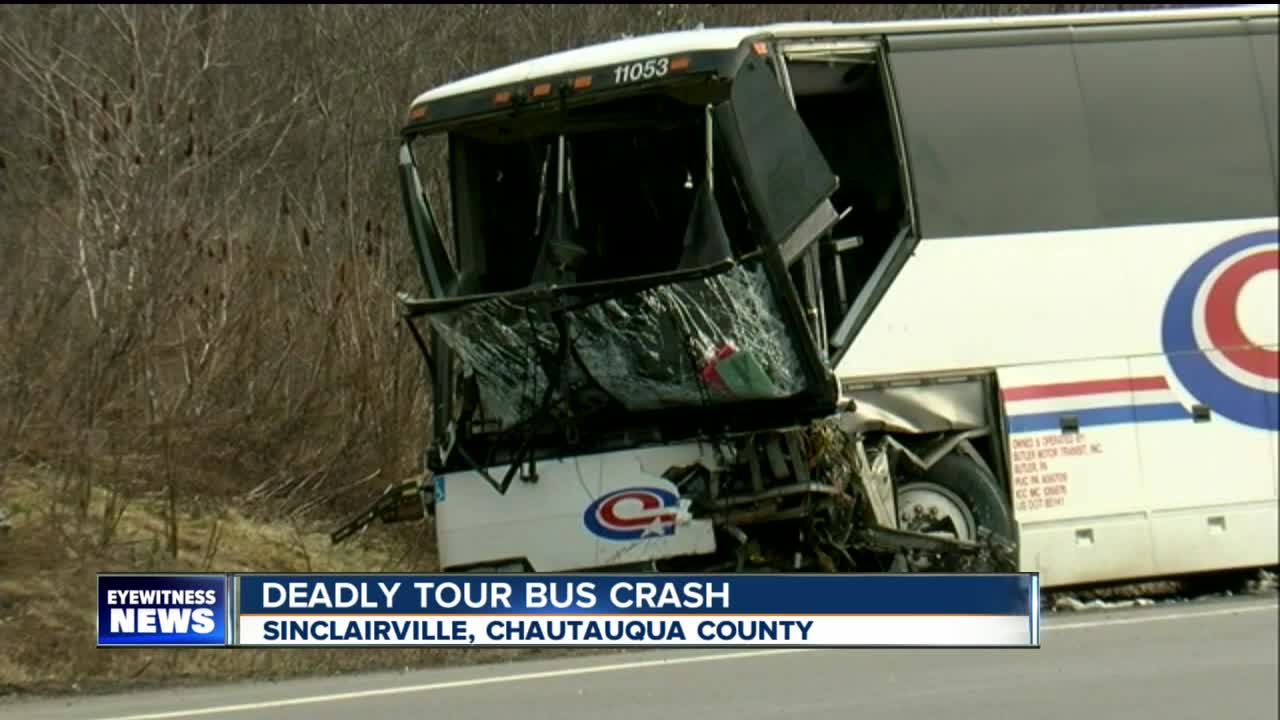 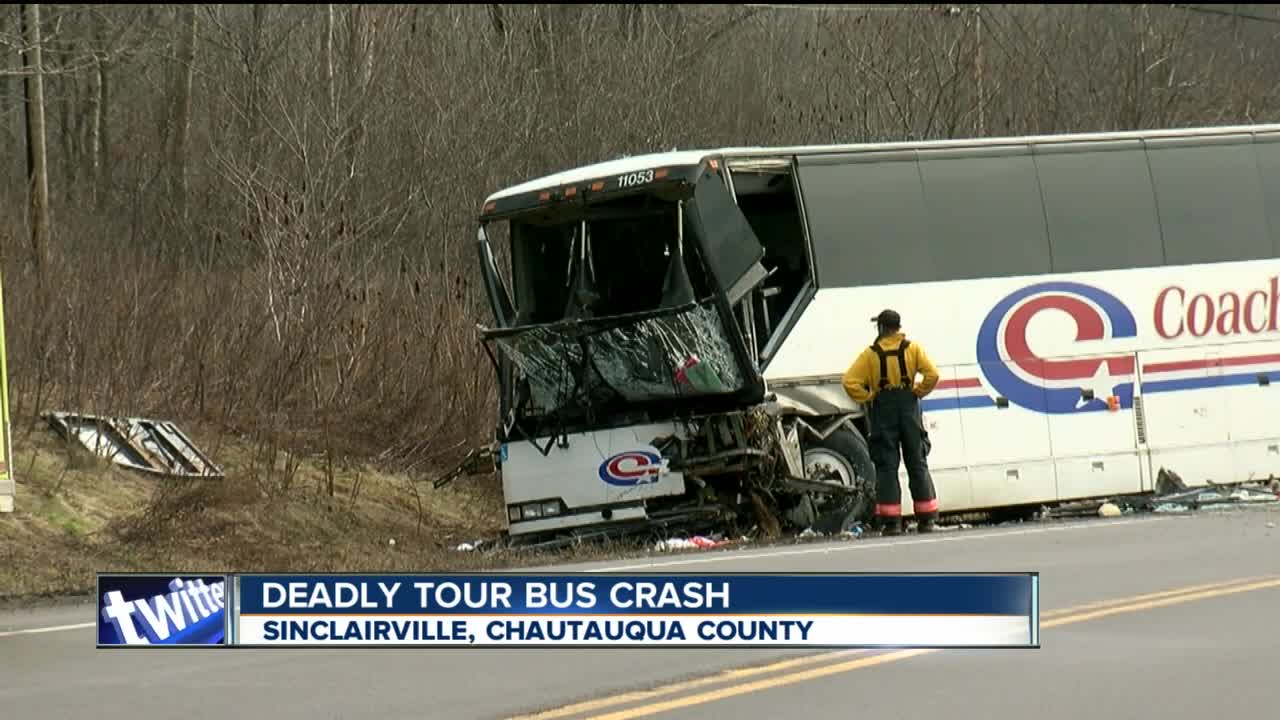 One person in a passenger vehicle is dead after an early morning crash with a commercial tour bus in Chautauqua County.  Police identified the deceased as Justin Lee Romaniuk, 20, from Lakewood, N.Y.

Chautauqua County Sheriff deputies and emergency medical crews responded to the crash on Route 60 near Sylvester Road, in Sinclairville.

The crash was reported about 9:00 a.m. after police say Romaniuk's southbound Chevrolet passenger car crossed the double-yellow lines and hit a Coach USA bus head-on as the bus traveled northbound.

Romaniuk was pronounced dead at the scene.

A female driver and passengers on the tour bus were hurt.  Debra Grimes, the bus driver and also from Lakewood, N.Y., suffered serious but non-life threatening injuries.  She had to be extricated from the bus before being transported to the Erie County Medical Center in Buffalo.

The bus was carrying four passengers with two suffering minor injuries.  They were treated at WCA Hospital in Jamestown and Brooks Memorial Hospital in Dunkirk.

It's unclear how the crash happened.  Weather is not considered a factor.

Police on the scene are giving credit to the bus driver for keeping control of her vehicle and keeping it from flipping over following the impact.

The Coach USA bus was making a scheduled run between Jamestown and Dunkirk..

"Coach USA can confirm that one of our vehicles was involved in an incident today (January 23, 2017) in Sinclairville, NY. Coach USA is fully cooperating with the authorities with their investigation into the incident. The safety of our passengers, employees and fellow road users is our top priority.

Our thoughts and prayers are with all those who are involved."

Route 60 entering the Village of Sinclairville in the Town of Charlotte was closed for nearly four hours as crews worked to remove the wrecks.  The road was finally reopened to traffic at 1 p.m.

No charges are expected to be filed against the bus driver.