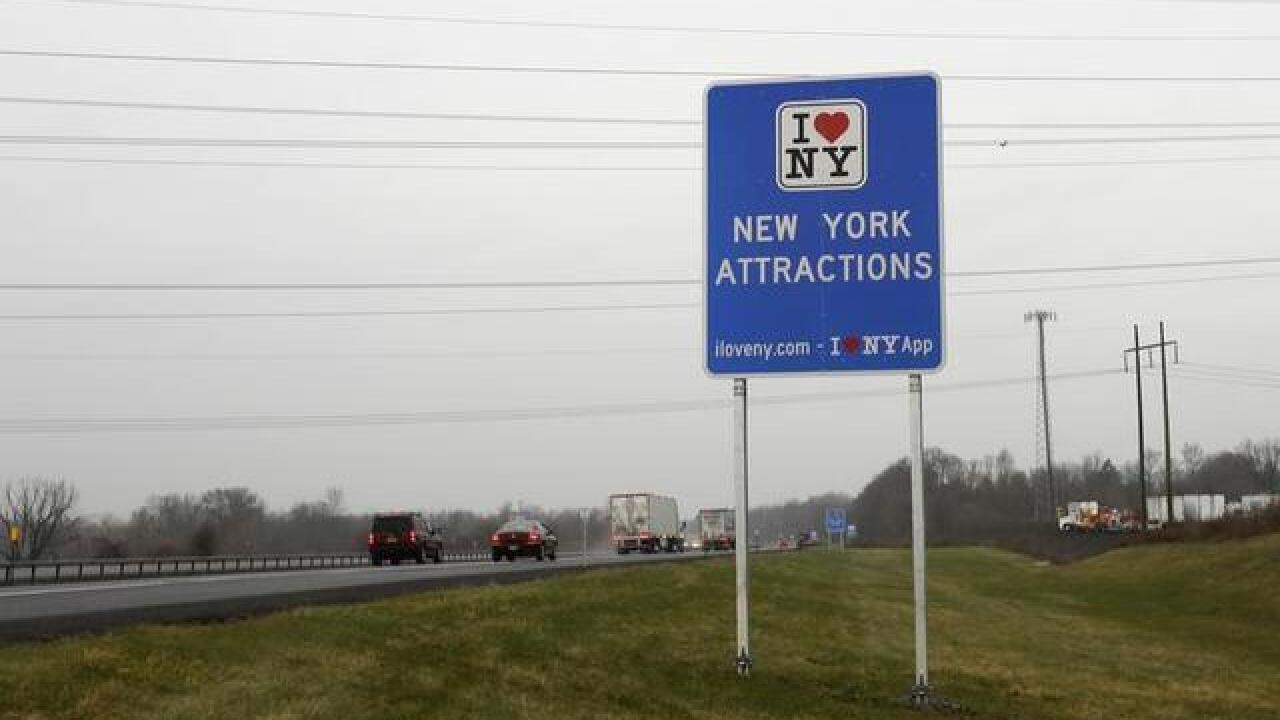 Copyright 2016 The Associated Press. All rights reserved.
Mike Groll
<p>Vehicles pass an "I Love New York" sign on the New York State Thruway, Tuesday, Nov. 29, 2016, in Utica, N.Y. Officials with the Federal Highway Administration and the New York Department of Transportation will meet in December to discuss the removal of more than 500 “I Love NY” signs from the state’s roadways. FHA officials say the signs don’t conform to federal standards and pose a dangerous distraction for motorists. (AP Photo/Mike Groll)</p>

The state Department of Transportation says Thursday that the agency and Thruway Authority have begun removing the "I Love NY" signs located along the Thruway and other state highways.

The state began installing the 500-plus signs in groups of five several years ago, despite being told by federal officials that they didn't comply with U.S. regulations regarding highway signage.

DOT officials say under an agreement with the Federal Highway Administration, the first sign in each group will remain with modifications, while the next four in each group will be relocated to service areas, welcome centers and state-owned facilities.