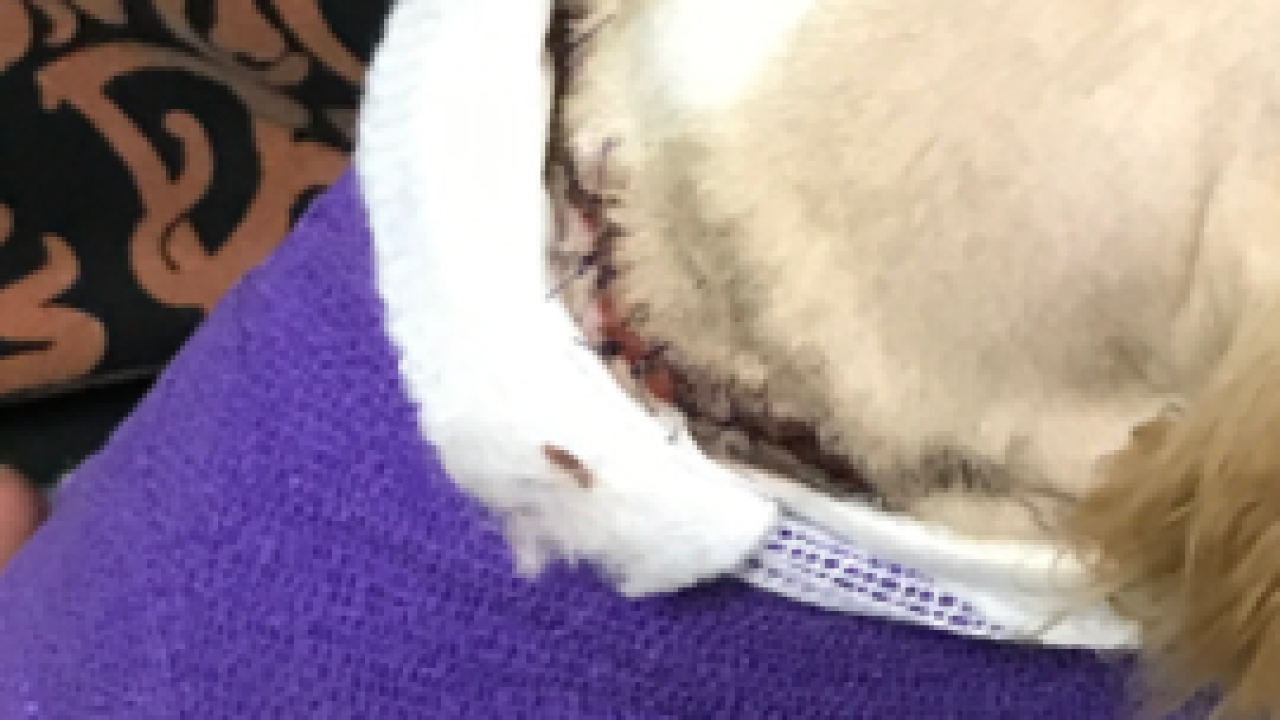 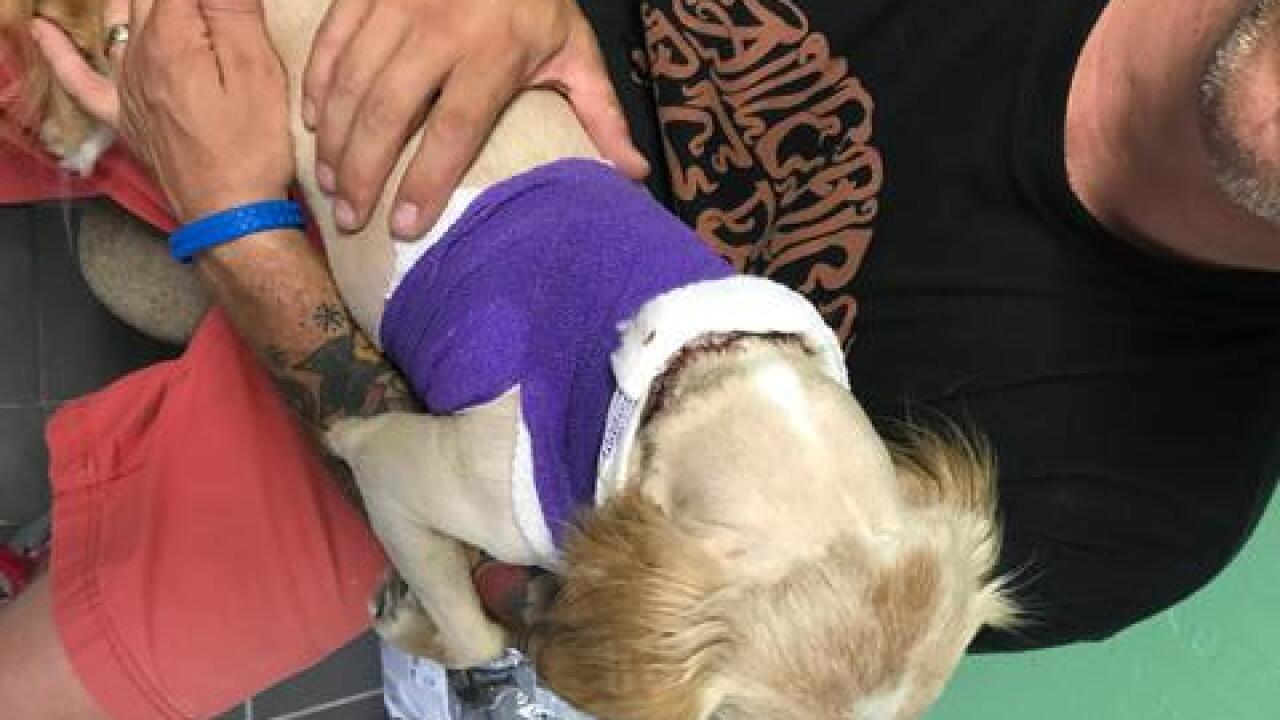 It was something out of a horror movie, as Adam Keller watched two coyotes pounce on his small dog spencer, in broad daylight at his home in Clarence Center Tuesday afternoon.

"The coyote took the back of his neck off down to the bone, but somehow he miraculously survived."

Kellers other dog, a pitt bull Lucy was trying to help but was the next target.

"The coyote had him by the neck and was starting to try to take him into the woods," Keller said.

Keller chased the two coyotes into the woods, and down to a nearby creek, but he said the attackers were not scared of humans. The coyotes were relentless and intended to get what they came for.

Keller rushed his dogs to the vet where Spencer is being treated and recovering from the attack. What is most frightening for the Keller family is who could be next.

"My biggest issue is nothing is going to be done until a child is killed."

Keller says he's contacted the Town of Clarence and the DEC and wants a study to be done on coyote dens.

"If we're going to live with them we need to know where they are."

The DEC says it has received two calls in the last few days regarding coyotes in Clarence Center, buy Coyote attacks have not increased.

Below are tips from the DEC about how to protect yourself from coyotes.

-Do not feed coyotes and discourage others from doing so.

-Unintentional food sources attract coyotes and other wildlife and increase risks to people and pets. To reduce risks:
-Do not feed pets outside;
-Make garbage inaccessible to coyotes and other animals;
-Fence or enclose compost piles so they are not accessible to coyotes; and
-Eliminate availability of bird seed. Concentrations of birds and rodents that come to feeders can attract coyotes. -If a coyote is seen near a birdfeeder, clean up waste seed and spillage to remove the attractant
-Do not allow coyotes to approach people or pets.
-Teach children to appreciate coyotes from a distance.
-If you see a coyote, be aggressive in your behavior. Stand tall and hold arms out to look large. If a coyote lingers for too long, make loud noises, wave your arms, or throw sticks and stones.
-Do not allow pets to run free. Supervise outdoor pets to keep them safe from coyotes and other wildlife, especially at sunset and at night. Small dogs and cats are especially vulnerable to coyotes.
-Fencing your yard may deter coyotes. The fence should be tight to the ground, preferably extending six inches below ground level, and taller than four feet.
-Remove brush and tall grass from around your home to reduce protective cover for coyotes. Coyotes are typically secretive and like areas where they can hide.
-Contact the local police department and DEC regional office for assistance if you notice that coyotes are exhibiting "bold" behaviors and have little or no fear of people. Seeing a coyote occasionally throughout the year is not evidence of bold behavior.
-Ask neighbors to follow these same steps.