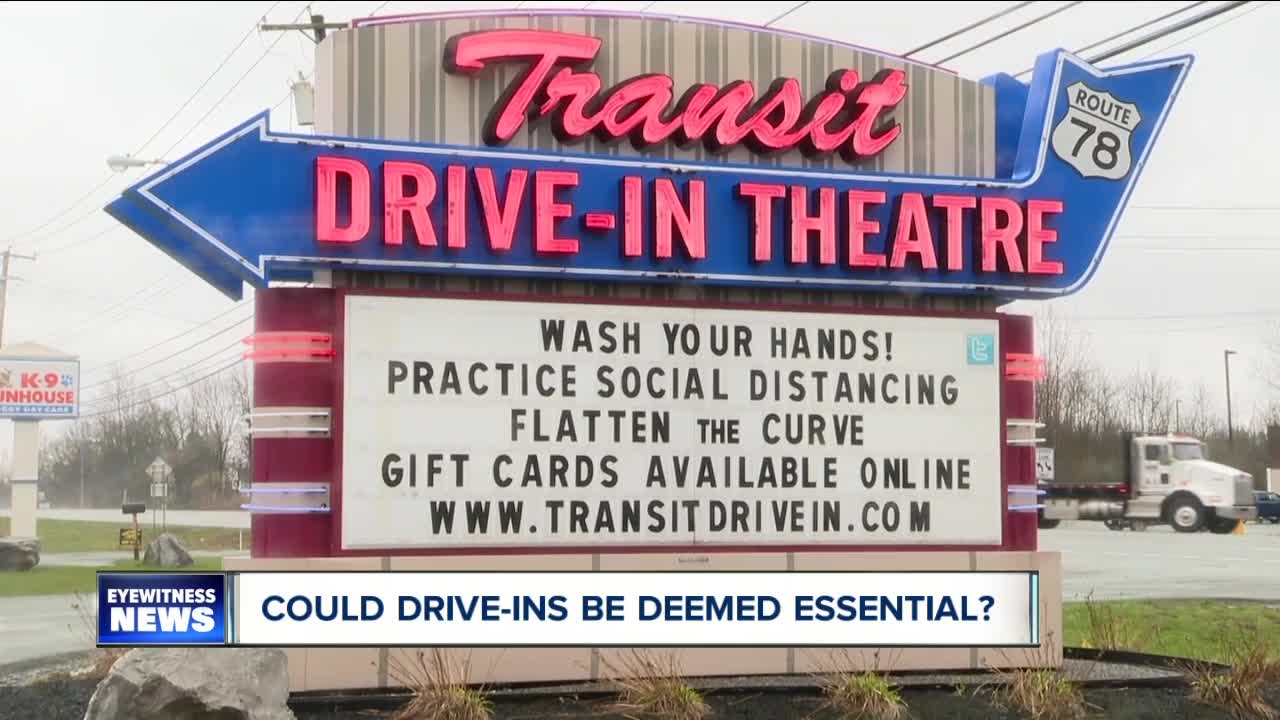 "When the weather is good and the movies are good, we're packed."

Rich Cohen's family has owned the Transit Drive-In in Lockport since the 1950s and was looking forward to another Spring opening.

But with non-essential businesses closed right now, the screens have stayed dark. But could that change?

"Where is the public safety issue? It's a drive-in theater. You're in the car with the same people."

During his briefing Sunday, New York Governor Andrew Cuomo addressed the possibility of making drive-ins an essential business. It was a small sign of hope for the lot on Transit.

"Today we're not considered essential," Cohen said. "But as they begin to open up businesses and the country again, at some point in time, we can be given a green light."

Cohen says the drive-in won't open until it's "fully safe" for everyone, which is why they've already started planning.

The drive-in also plans on limiting the amount of people in the restroom to one at a time while workers sanitize after each use. They also are hoping to make food available to order on an app and then pickup curbside. Movies will also move to one-feature only.

They're all measures that could be in place for a while, as business and customer work together to bring movies back under the stars.

"The drive in has always been a fun escape," Cohen said. "We'd like to be here when it's practical and when it's safe."