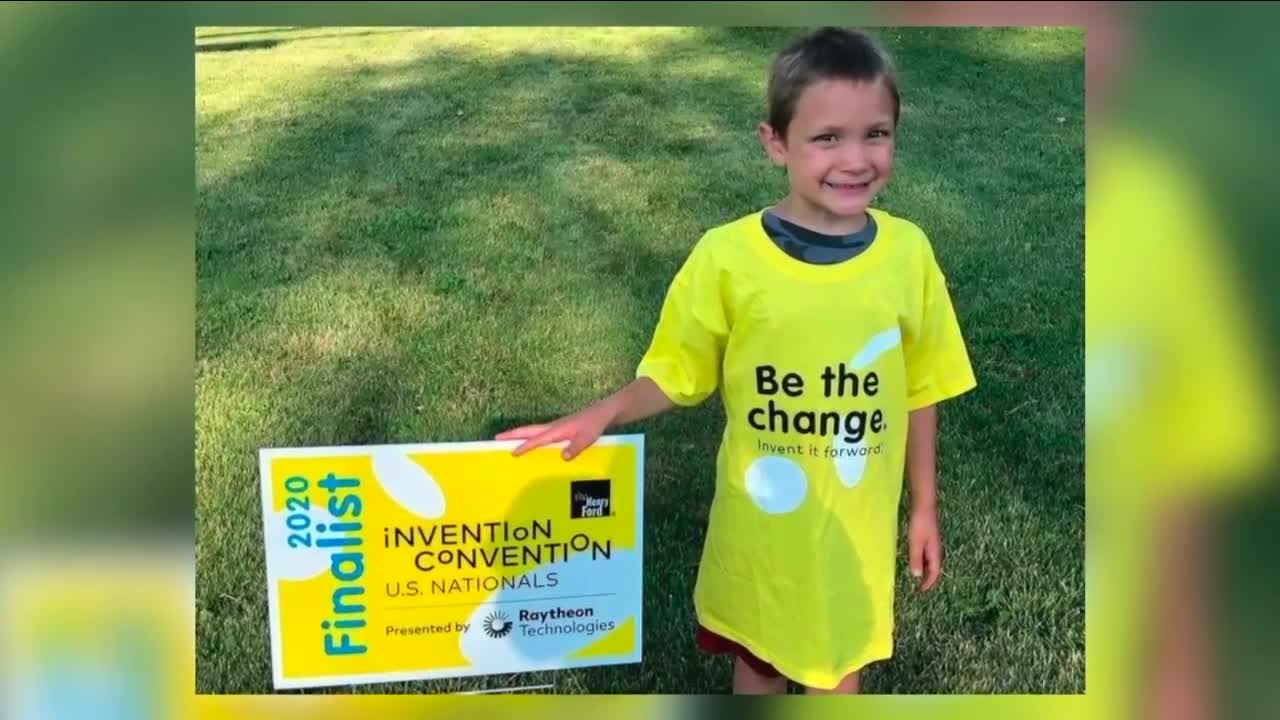 SANBORN, N.Y. (WKBW) — At just six years old, Owen Thomas of Sanborn can say he is a national champion because on July 2, he was voted Invention Convention's "Top- Kindergartner" for his board game "Get Movin'."

"His achievement has definitely surpassed all of ours," his sisters said laughing.

“I didn’t think I was gonna win, but I did,” Owen recalls.

At the beginning of the school year, Owen signed up for the invention convention, a nationwide competition for students to show off their creative projects.

“He came back from school one day talking about invention convention asking, 'Is this something I can do? I wanna make something.' So we did it,” Owen's dad Adam Thomas said.

Get Movin’ is a board game that well, gets people moving.

“I wanted to do it because kids and people need to get exercise," Owen said. "It’s good for your brain. Tou learn more things at school. You get muscles.”

And the game itself is simple. A player throws a magnet at the number board. Moves his or her character that many spots and does the activity in the box.

“So there are jumping jacks, hop on one foot, bear crawls,” Owen said.

Owen says he even used some wrestling workouts in the game.

“I used jogging and bear crawls.”

And while creating another board game may not be in Owen’s future, something else is.

“I think that I’ll just make more routine exercises for people,” he said.