No zone changes in Western New York, NYS will continue to monitor the numbers 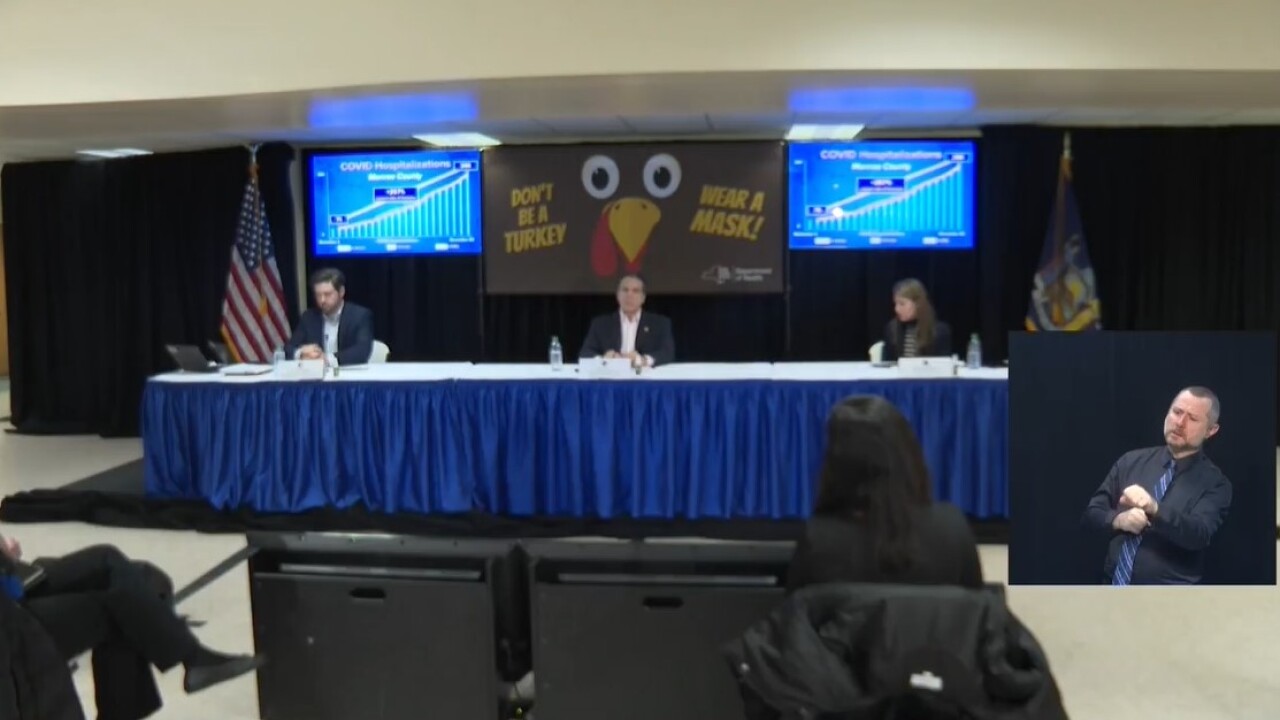 Although the governor previously said parts of Erie County were on track to become a Red Zone, he did not announce a change in the designation of zones and said the state will continue to monitor the numbers over Thanksgiving.

On November 18 parts of Erie County were designated an Orange Zone, and the rest of the county, along with North Tonawanda and part of Wheatfield in Niagara County, was designated a Yellow Zone.

Cuomo said the state has been advised by experts to prepare a plan for the winter that will prioritize zones with the highest infection rates along with the highest hospitalization rates, because the greatest fear is overwhelming the hospital system.

Erie County Executive Mark Poloncarz tweeted Wednesday morning that according to the latest hospitalization data, the total hospitalizations in Erie County and the Western New York region are the highest they have been during the COVID-19 pandemic.

WNY and Erie County's counts are the highest ever. pic.twitter.com/UYatX8TTN2

When responding to a question on whether the micro-clusters were working in Erie County Cuomo said:

"When the line is going like this and then the line changes and levels off, that is working. You're right you'd love to see 'up, level, down,' but level is working right because that was an arrow headed straight up."

The governor also responded to a question on his comments from November 18 when he said "Western New York hasn't lived the full pain of COVID's wrath." In his response Cuomo said:

"On the numbers, Western New York has not been hit as hard as downstate New York was, that is a fact....this has been tragic everywhere but thankfully Buffalo was not hit as hard as New York City and I want to make sure it stays that way."