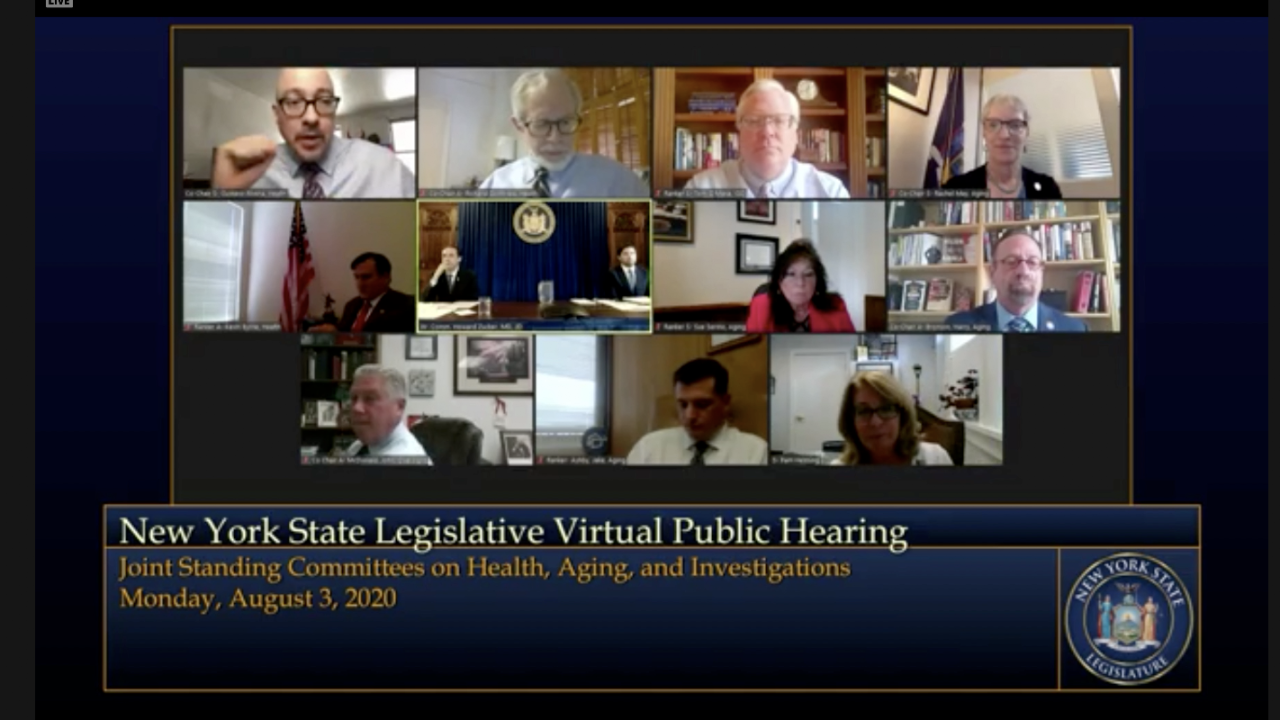 ALBANY, N.Y. (WKBW) — “Why were certain orders followed? Why is there still a lack of transparency? And, why hasn’t the state provided sufficient help,” questioned Republican Senator Patrick Gallivan.

“Governor Cuomo has rightfully described the virus ripping through nursing homes as a “fire through dry grass." It’s now up to the legislature to determine who lit the match, and understand why and how the fire fanned out,” said Orange County Senator James Skoufis.

Zucker said it’s to avoid double counting a fatality. But lawmakers want those figures. Many said omitting them misrepresents the death toll.

“It seems to me that the definition you insist on keeping on the books and one that no other state utilizes, and makes you look better than what you actually did, that’s a problem, bro,” said downstate Senator Gustavo Rivera.

“When we track data, we put out more data than any other state,” explained N.Y.S.D.F.S. Deputy Superintendent Gareth Rhodes. We’re one of nine states that reports presumed and confirmed deaths. Multiple states don’t put out anything related to nursing homes. The three parts are collecting the data, updating the data, and reporting the data. We don’t release data that we are not 100% sure is accurate,” Rhodes said.

Zucker also doubled down on the assertion that a March 25 order to transfer positive patients in the hospital back to their nursing home didn’t contribute to the spread of the virus in nursing homes. In a report released by the state last month, it found nursing homes staffers, who were asymptomatic, were unknowingly responsible. He said the data proves it.

“If the March 25 guidance is the major driver in deaths, which some claim it to be, then the peak in admissions would precede the peak in deaths. It’s just the mathematics, the statistics of it all. However it occurred the other way around,” Zucker explained.

This was only the first of two hearings on the state’s response to COVID-19 in nursing homes. Lawmakers have another one scheduled for August 10. That one will focus on upstate facilities.