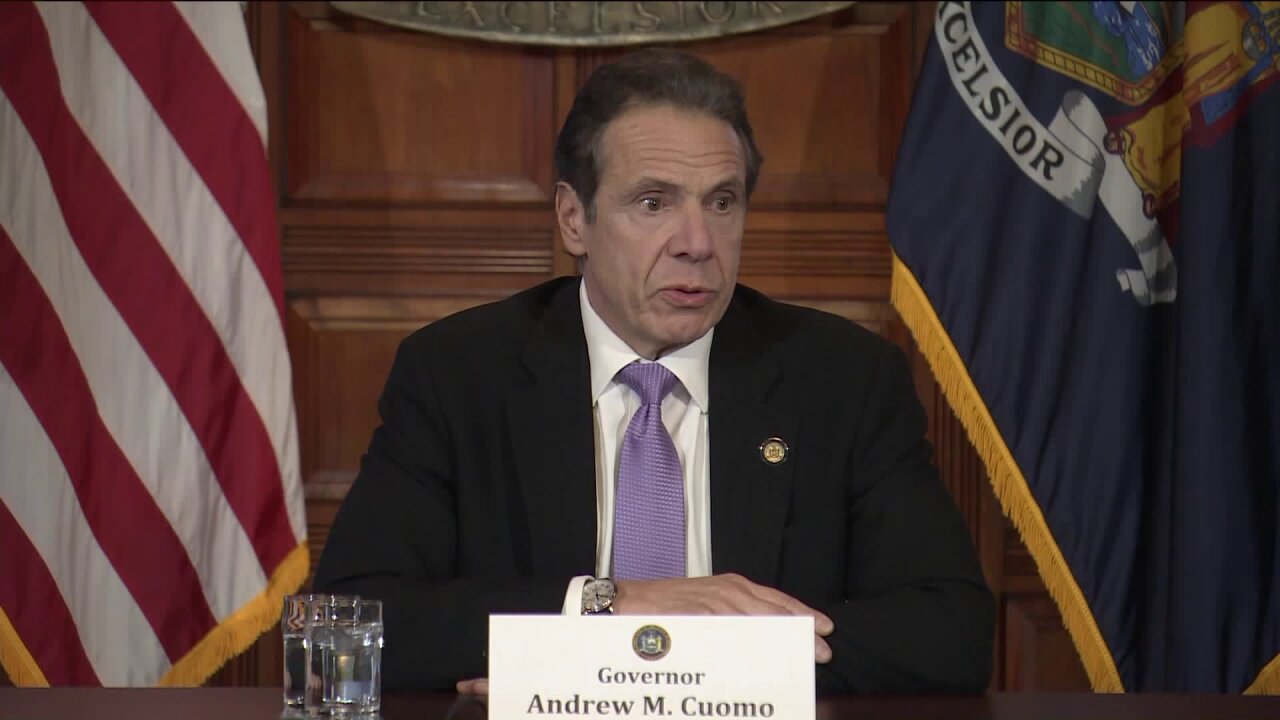 ALBANY, N.Y. (WKBW) — In his daily COVID-19 update on Monday, Governor Cuomo said reopening the state is going to take time, and that time should be used to re-imagine what society should be.

He said a Reimagine Task Force will be led by the state, primarily focusing on downstate New York.

The partnership is with Ready Responders and starts this week at locations across New York City. They will deliver more than 500,000 cloth masks - at least one for each resident - and 10,000 gallons of hand sanitizer to public housing communities.

Governor Cuomo said the federal CARES Act did not have funding to offset state revenue shortfalls, and announced that the National Governors Association is renewing its call for $500 billion in aid to states.