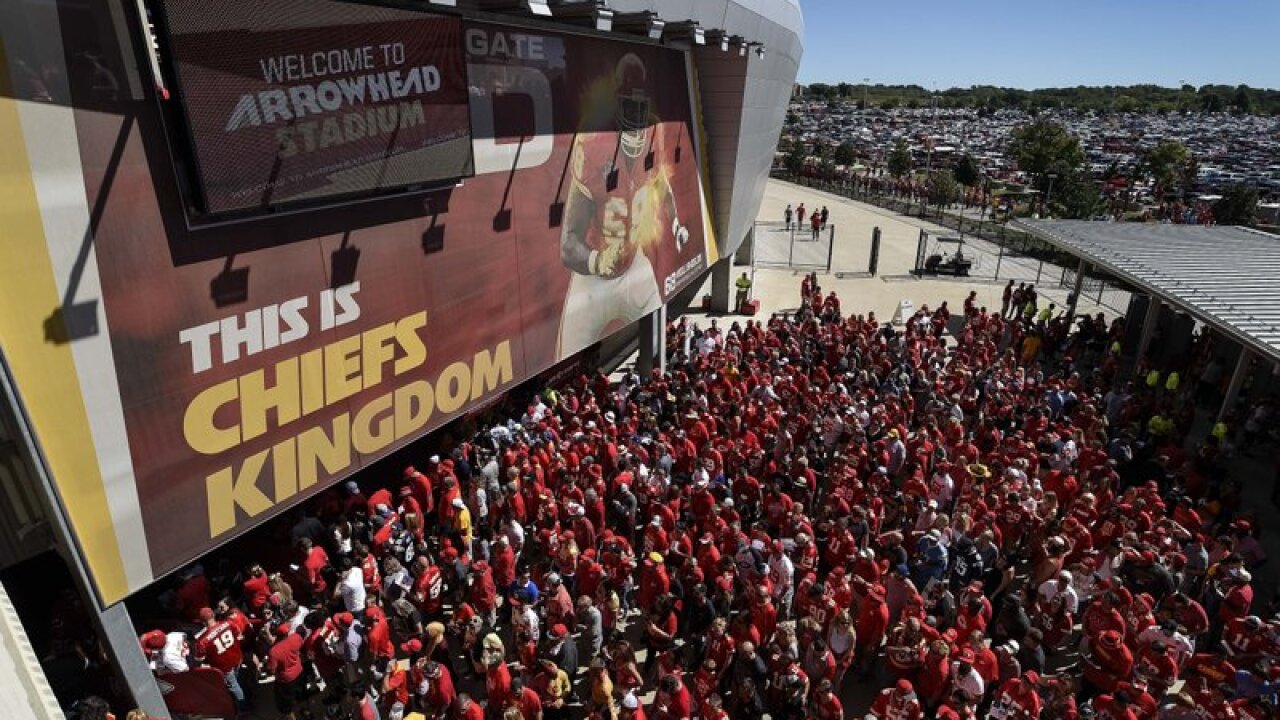 The smell of barbecue wafts through the parking lots hours before kickoff at Arrowhead Stadium, and when the first salvo of fireworks explode overhead, thousands of Chiefs fans begin to march en masse toward the entrance gates.

That’s how things normally are on an NFL game day in Kansas City.

But these days, very little is normal, and like so many things in life the football season ahead is rife with uncertainty. The coronavirus pandemic that brought sports to a standstill for months has everyone wondering what games will be like when spectators are finally allowed back in — and whether they will even want to show up.

The changes will be big and small, temporary and long-lasting.

Fans could have their every move scrutinized by cameras and lasers. There might be nobody in the next seat to high-five after a touchdown. The idea of passing cash to a beer vendor between innings will be a memory. Temperature screenings and medical checks could be mandatory to get in. By having virtual tickets scanned on their smart phones, fans could be acknowledging the health risk of attending a game while surrendering some of their personal privacy.

It all begs the question: Will fans be able to have any fun?

“There’s a wealth of unanticipated casualties, I guess, that are going to be part of this, things we all took for granted as part of the live game-day experience,” explained Nate Appleman, director of the sports, recreation and entertainment practice for Kansas City-based architectural firm HOK. “Some things we have yet to fathom but will become painfully clear once we are allowed back into venues and get back to truly human nature, which is to gather and celebrate community.”

Some leagues are returning with few or no fans, including soccer in Germany , stock car racing in the U.S. and baseball in Japan . But as sports ramp up, The Associated Press found during interviews with more than two dozen experts in stadium design and infrastructure that the only thing that might look the same is what happens on the field of play.

The biggest short-term change will be social distancing, something that already has become a fact of everyday life. Ticket sales will be capped. Entire rows and sections will be blocked off. Seats on the aisle will be left open to maintain a buffer from those walking up the stairs. Fans will be given an entrance time to prevent crowding at the gates. Lines at restrooms and concessions will be limited. Congregating in the corridors will no longer be allowed.

The @AP talked with more than two dozen experts about what it might look like when fans return to sports.

The college football season is still some three months away, yet Iowa State anticipates capacity at Jack Trice Stadium will be cut in half based on “current guidelines established by state and local officials” — roughly the number of fans that have purchased season tickets. At Kansas, athletic director Jeff Long said the Jayhawks have planned for some 16,000 fans in Memorial Stadium this fall — about a third of official capacity.

Several NFL teams, including Miami and New Orleans, are modeling for reduced capacities this season. It will no doubt look different for fans in the stadium, not to mention the millions that will tune in on TV.

“There’s the old saying, ‘Necessity is the mother of invention.’ I would say we’re in a heightened situation of necessity right now,” Appleman said. “There are a lot of really smart people coming up with really cool initiatives that could just be a new way of doing things, and new isn’t always bad. Sometimes change is good. Sometimes we have to adapt.”

Indeed, such plans bring both hope and fear: hope that some fans will be able to see their favorite teams live and fear that colleges and leagues such as Major League Soccer that rely heavily on ticket sales will be able to make ends meet.

To help fill some of those gaps — both optically and financially — many facility operators have been exploring options with firms such as Arizona-based Bluemedia, which designs and produces screens that can cover large swaths of seats. Such screens already are used when arenas want to cap capacity or create more intimate settings, but Bluemedia vice president R.J. Orr said those same products can present sponsorship and marketing opportunities.

“Of course they can sell advertising,” Orr said, “but there are many ways to get creative. What if a ticket-sales guy went out to season-ticket holders and you can upload a photo and we can put your image in the stands ? We’re trying to come up with a bunch of cool ideas that may work.”

Other companies also are tailoring products to help with social distancing and crowd control.

Mercedes-Benz Stadium, the new home of the Atlanta Falcons and Atlanta United, already has cashless systems in place for merchandise and concessions. Several professional teams are in talks with motion analytics company iinside, whose SafeDistance system uses lasers to map spaces and measure crowd density. At KeyBank Center in Buffalo, New York, a company called WaitTime utilizes an app to tell Sabres fans how long lines are at restrooms and concessions.

“We have a great opportunity to rewrite the new normal for the return of sports,” WaitTime founder Zack Klima said.

It all sounds a bit Orwellian — like Big Brother is very much watching. And such systems do dance a fine line between informative and intrusive. But they also could help mitigate the spread of a virus, and that could make the difference between having Michigan Stadium empty on a fall Saturday or having 100,000 fans rooting on the Wolverines again.

Not everything will be as overt as barren concourses and empty seats, either. Most of the changes that colleges and teams are implementing will go unnoticed by those who settle in for the kickoff or first pitch.

Premier League club Tottenham recently opened its new London stadium after spending millions to create more than 1,600 WiFi access points and 700 Bluetooth beacons, ensuring fans are able to utilize crowd-density apps and other technology. Many facilities are upgrading heating, cooling and ventilation systems to scrub air as it circulates through their buildings, while others are toying with the use of QR codes to monitor the health of their patrons.

“We’re extrapolating off these trends that have already existed, and I think we’re going to kick-start into 2025 even though it’s only 2020,” said Jason Jennings, director of strategy and digital integration for the sports and entertainment group at Mortenson, which is wrapping construction on the Raiders’ new $2.4 billion stadium in Las Vegas. “The technology is going to be deployed much faster because of the value it has for the fan experience and public health.”

Even the way facilities are cleaned will change. No longer will hosing down seats and sweeping up trash left by fans be enough. Venue giant ASM Global recently announced a new hygiene protocol for its 325 facilities worldwide, noting the importance of hewing to international health recommendations from the likes of the Centers for Disease Control and the World Health Organization.

Few professional teams have been willing to divulge their reopening strategies, whether that be potential seating layouts or infrastructure upgrades. The rapidly changing social and political environment coupled with the unpredictable nature of the virus have made planning difficult. But the Miami Dolphins and Hard Rock Stadium recently committed to being the first public facility to receive a STAR rating from the Global Biorisk Advisory Council, which involves completing a rigorous program to help provide what Dolphins chief executive Tom Garfinkel “the safest environment possible.”

Of course, even that might not be enough. While much remains unknown about the novel coronavirus, one fact that is painfully clear is how easily it spreads. No league or team wants their games to become a “super spreader” event, and everyone acknowledges all the preparations in the world cannot guarantee safety.

“In large masses, there is no system that can effectively prevent another person from giving germs to a second individual,” said Philip Tierno, clinical professor of pathology at New York University’s Grossman School of Medicine. “If they sneeze or cough or talk directly, or even breathe directly on a person, there is no system that can prevent that.”

That hasn’t stopped sports facilities from spending millions of dollars during the months-long shutdown to minimize the risk. Giving fans some measure of confidence is an investment in the bottom line.