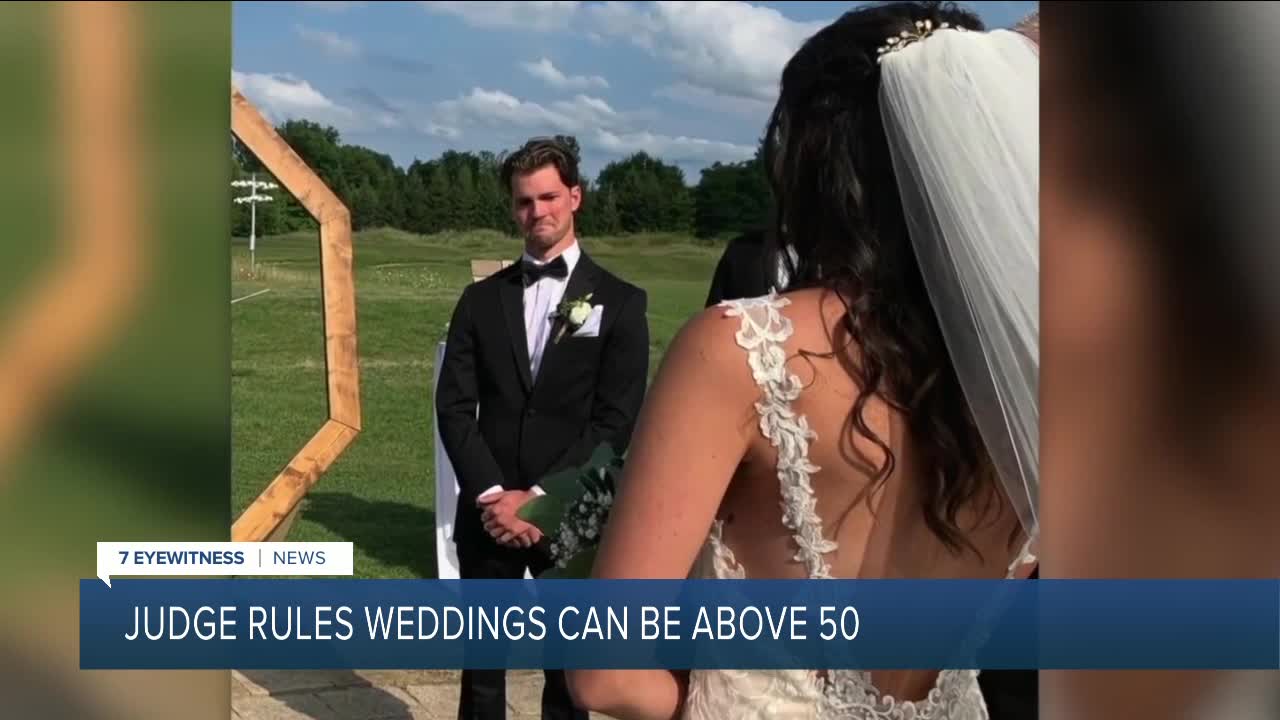 A federal judge has delivered some much-needed relief to frustrated brides-to-be in New York, issuing a temporary injunction allowing wedding receptions to be held at 50 percent capacity and not be capped at 50 people. 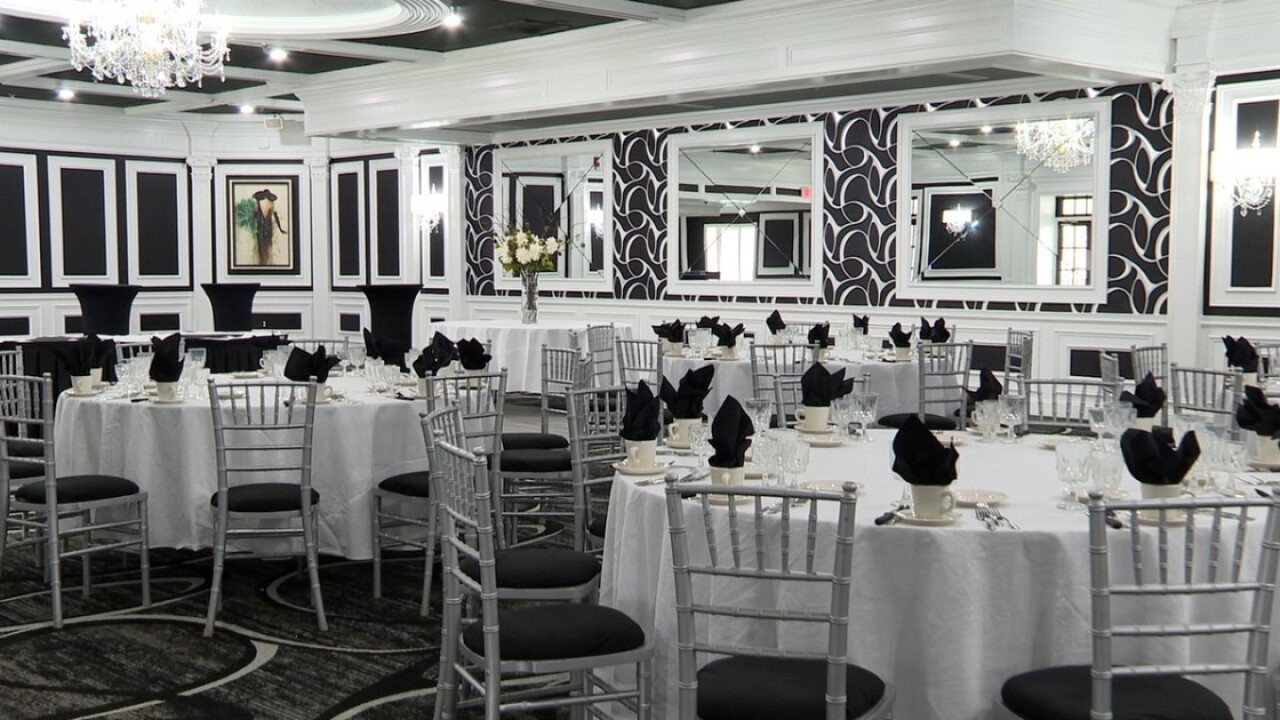 BUFFALO, N.Y. (WKBW) — A federal judge has delivered some much-needed relief to frustrated brides-to-be in New York, issuing a temporary injunction allowing wedding receptions to be held at 50 percent of the venue's capacity and not be capped at 50 people.

Judge Glenn Suddaby of the Northern District of New York ruled in favor of two couples with weddings booked at the Arrowhead Golf Club in Akron, who-- along with the co-owner of the club-- sued Governor Andrew Cuomo, Attorney General Letitia James, Erie County Executive Mark Poloncarz, the Erie County Department of Health, and the Empire State Development Corporation.

The couples claimed the restrictions put in place by the governor's executive order in March at the start of the COVID-19 pandemic violated their First Amendment and Fourteenth Amendment rights, stating the "restriction will deprive Plaintiffs of an 'irreplaceable life event' (i.e., their ability to have a wedding that allows their friends and family to participate to the full extent contemplated by their Christian faith)."

"We're Christians and we really do believe that a wedding is a ceremony to bring glory to God and we wanted to do that in front of witnesses," said Jenna Crawford, a newly wed and plaintiff in the lawsuit.

"The fact that on a Wednesday or Thursday we could have 200 plus people here sitting in and eating at a restaurant and that's completely allowed by law, but then the very next day on a Friday, we can't have any more than 50 people. If that doesn't scream unequal treatment, I don't know what does," said Lucas James, co-owner of Arrowhead Golf Club.

The ruling allows wedding reception halls to operate at the same level of service as restaurants, which is 50 percent capacity for indoor dining.

"It was a sigh of relief. It was a long journey and expensive. We spent almost $40,000 to get there on behalf of these couples. I think there's kind of a feeling of like what's next?" said Clinton Holcomb, co-owner of Arrowhead Golf Club.

Less than 12 hours before the oral arguments were first heard, the venue's liquor license was suspended.

"On Thursday morning, August 6th they had an emergency meeting about what to do with regards to Arrowhead. They decided the best thing they could do would be to pull our liquor license. We found that out Thursday evening which was obviously kind of shocking to us given that they knew that we had our oral arguments in front of a federal judge literally the next morning," Holcomb said.

"The judge's decision is irresponsible at best, as it would allow for large, non-essential gatherings that endanger public health," a spokesperson for the governor told 7 Eyewitness News in response to the ruling. "We will pursue all available legal remedies immediately and continue defending the policies that have led New York to having - and maintaining - one of the lowest infection rates in the country, while cases continue to rise in dozens of other states."

Judge Suddaby's ruling states wedding venues and guests must comply with the same rules in place for restaurants, including tables placed at least six-feet apart from one another and mandatory face coverings when not seated.

A spokesperson from the Governor’s office said, “Also, to be clear, this decision only applies to the two weddings cited in this case - any and all other weddings must still follow state guidance limiting large, non-essential gatherings.” However, the judges ruling states, "Rather, the Court is finding that a wedding that follows all the same rules that would be applicable to the given venue for dining when that venue is operating as a restaurant should not be treated differently than a restaurant.”

Holocomb and James said they appreciate anyone who would like to help them fund this legal battle through their GoFundMe.

Anyone seeking additional information about the lawsuit can email Holocomb at clint@discovercbd.com.


Federal court ruling on wedding receptions in NYS from wkbw
Copyright 2020 Scripps Media, Inc. All rights reserved. This material may not be published, broadcast, rewritten, or redistributed.