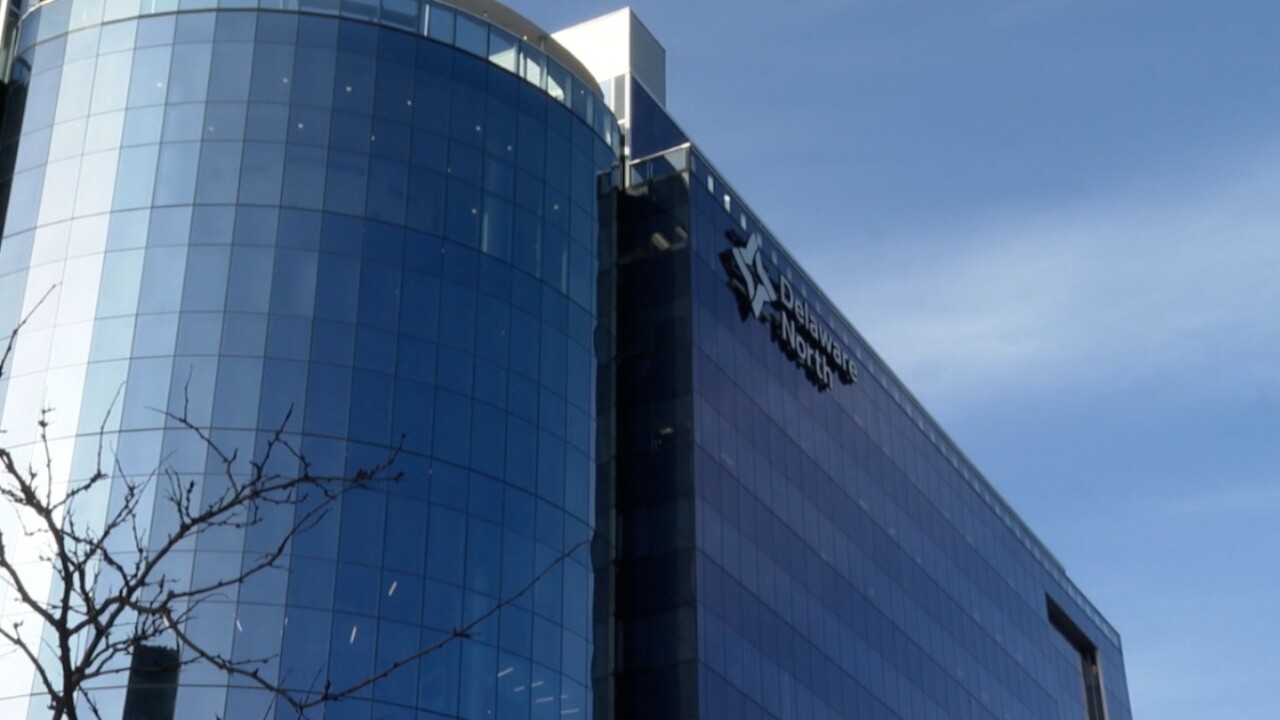 "The spread of COVID-19 has forced the closure of nearly every one of Delaware North’s more than 200 operating locations in the United States, United Kingdom and Australia – including sports and entertainment venues, restaurants, casinos, and parks. Our airport locations are continuing to operate, but only at a greatly reduced scale." Delaware North said in a release.

The company says in the early days of the pandemic it took steps to stabilize its financial outlook but has been absorbing financial losses as a result of government directives.

"Because of the sheer size of the company’s workforce and the uncertainty over when the crisis will subside, Delaware North CEOs Jerry Jacobs Jr., Lou Jacobs and Charlie Jacobs have made the agonizing but unavoidable decision to place more than two-thirds of the company’s 3,100 full-time employees on temporary leave," the company said in a release.

Delaware North says the full-time employees placed on temporary leave will receive medical, dental, and vision benefits for eight weeks and a full week of pay the first week on leave.

The remaining full-time workforce will receive a reduced rate of pay, thousands of part-time employees are no longer being scheduled for work.

"Delaware North is taking these temporary steps to ensure the company’s long-term success. The Jacobs family and Delaware North hope the crisis will be short-lived and greatly appreciate the talented and passionate employees who have made the company successful and hope they remain healthy and safe," the company said in a release.