BPS Superintendent Dr. Kriner Cash: 'I don't see us coming back this year' 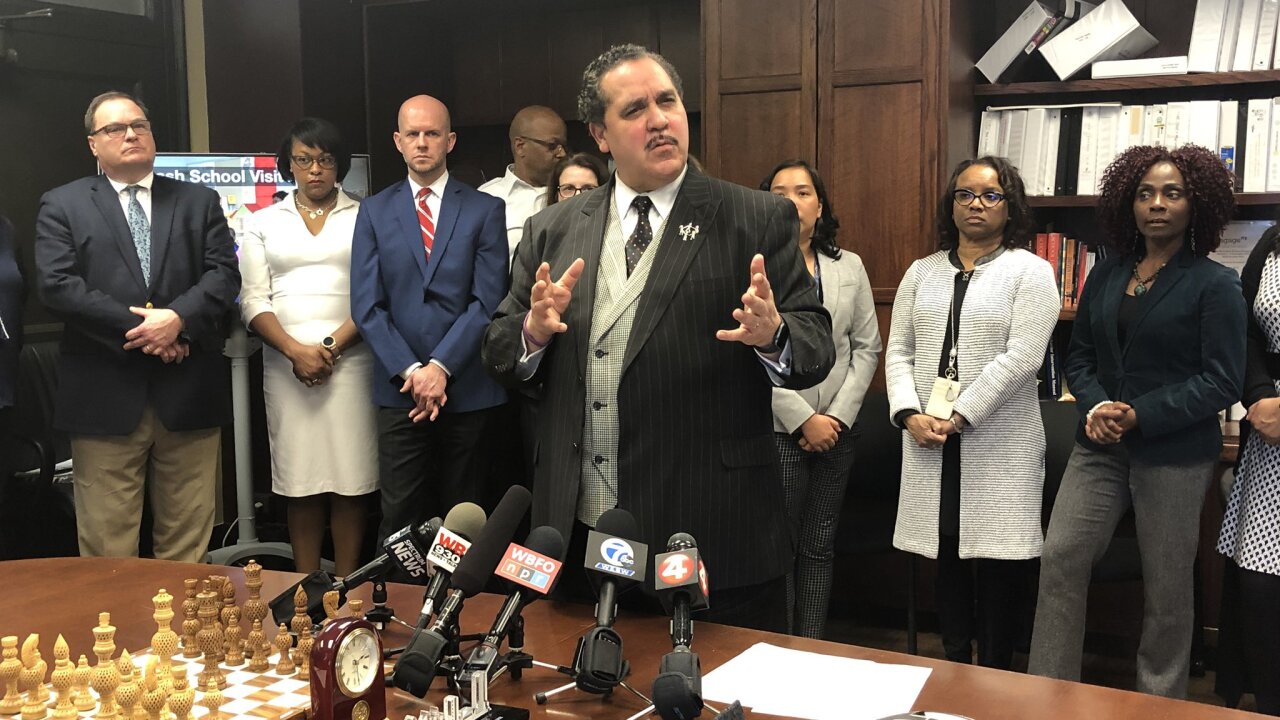 “My wisdom, my experience, my sense of all of this, is that I don’t see us coming back this year...not in any safe way, and not in any thoughtful reasonable way," said Cash.

As of now Buffalo Public Schools, along with the rest of Erie County schools, are set to reopen April 20.

Cuomo says following the two week extension, the state will reassess if and when schools will reopen.

That two week increment is also something Cash brought up to school board members Wednesday.

“Stop giving us these two week increments of when we’re going to come back to school," said Cash, speaking of the governor's decision.

Cash would like the state to go month by month instead, and reassess the situation a week or two in advance.

“This two weeks hammer is creating an unnecessary anxiety on our children, and on our families, and on our staff, because you’re adding to it that we have to take accountability," said Cash.

The superintendent also called on the NYS education department and the governor to provide guidelines on graduation standards, what the regents exam process will be, and what grading is going to be. Cash called for the guidelines so that things can be handled uniformly in school districts across the state.

During the meeting with school board members Dr. Cash also brought up the idea of grading students on a pass or fail scale.

Throughout the meeting Dr. Cash continuously thanked board members, staff, students, and parents for the work that has been done to this point.