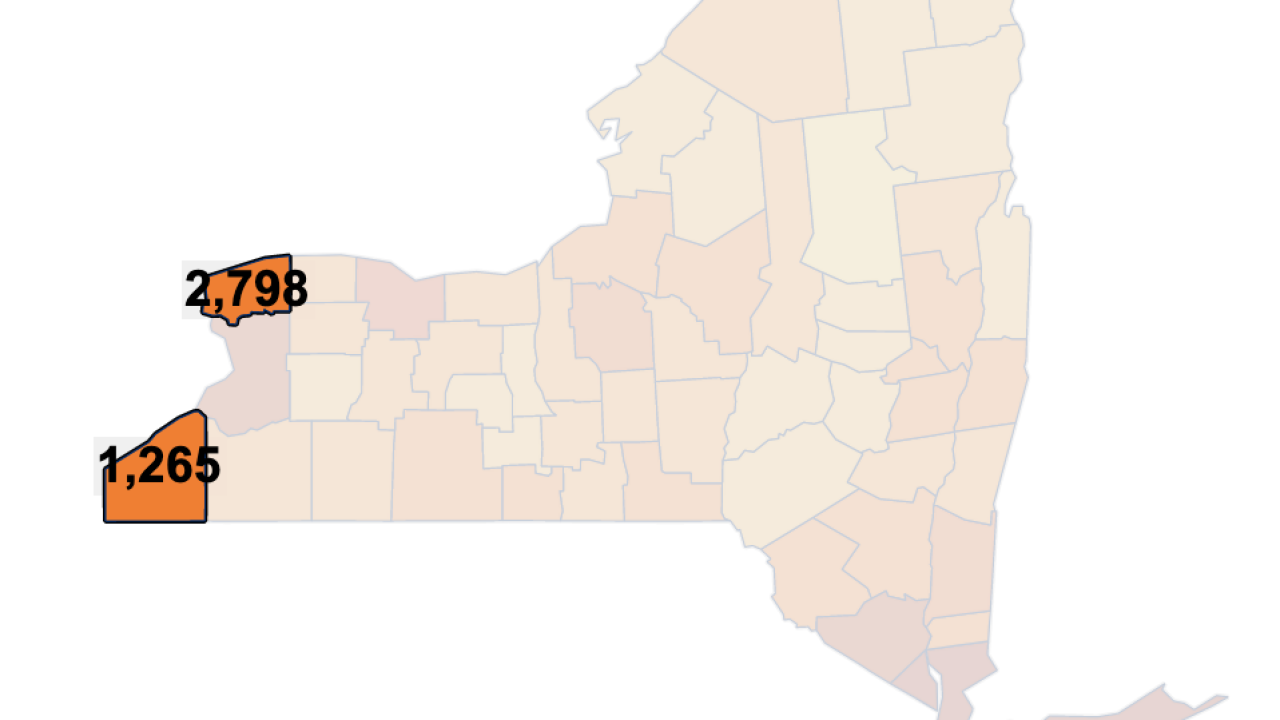 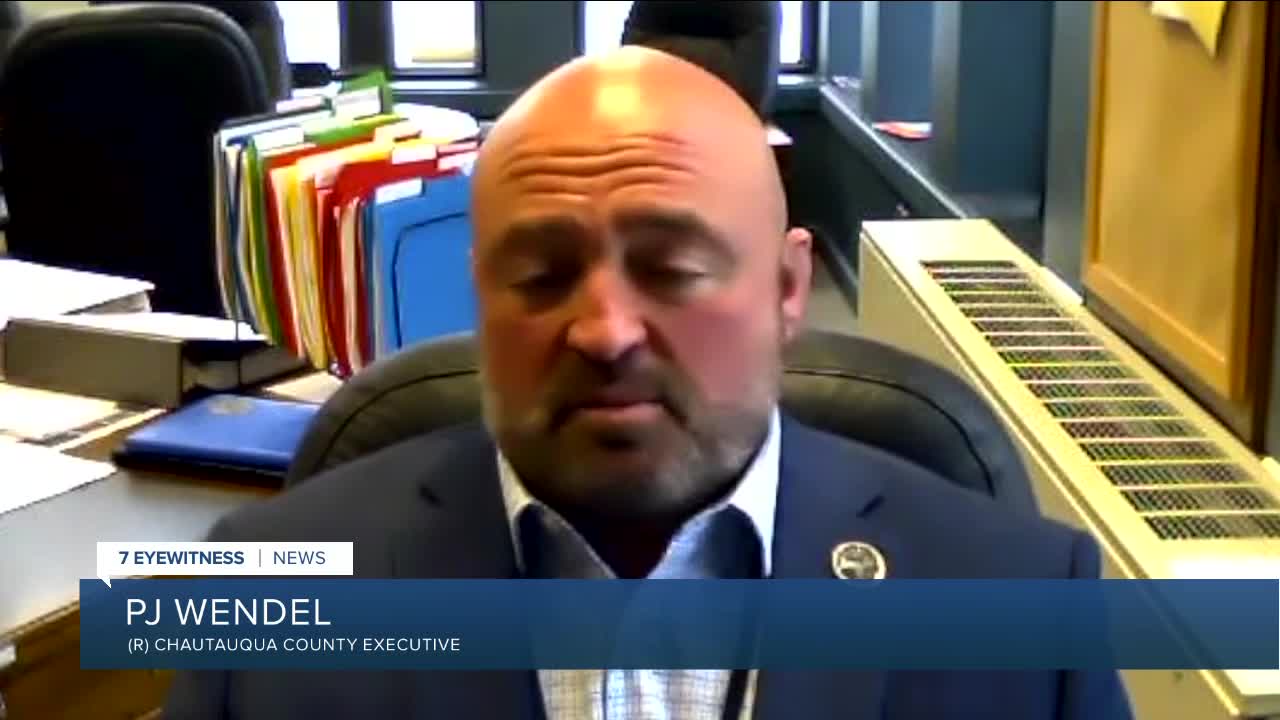 NIAGARA COUNTY
A small part of Niagara County (North Tonawanda and portions of Wheatfield) will enter into the "yellow zone" on Friday. The Niagara County legislature is seeing what is going on in Erie County as a sign of things to come and are hoping to prevent that.

"We're going to take this as the warning that people need to step up and be mindful of the mask protocols, where they are going, and whether or not the gatherings they are having are truly essential," Rebecca Wydysh, Chairman of the Niagara County Legislature said.

According to the New York State Department of Health, Niagara County is hovering at a 1.9% positivity rate with 45 new positives on data from Monday, down from last week where some days were near or above 4%.

"In the last few weeks our numbers were very good before they began to go up again," Wydysh said, "It's something we are watching very closely."

CHAUTAUQUA COUNTY
Chautauqua County is hoping to not have a similar experience to Niagara County. They are at a 1.3% positivity rate which has been fairly common, if not high, for the area.

This is happening despite the face that Chautauqua County borders Pennsylvania, where many travel for work.

"We're monitoring those areas that border on both sides and watching those towns," Wendel said, "We're not seeing big upticks as a result of interstate travel."

County Executive PJ Wendel believes the governor's guidance on intrastate travel has only hurt his county which relies heavily on interaction with Erie, Pennsylvania, and he fears new orange zone restrictions for portions of Erie County may make those issues even worse.

"Our county has answered the call yet we are in the same position as others who have not been able to handle the warnings," Wendel said.

For specific numbers on every county in New York, visit the DOH website here.