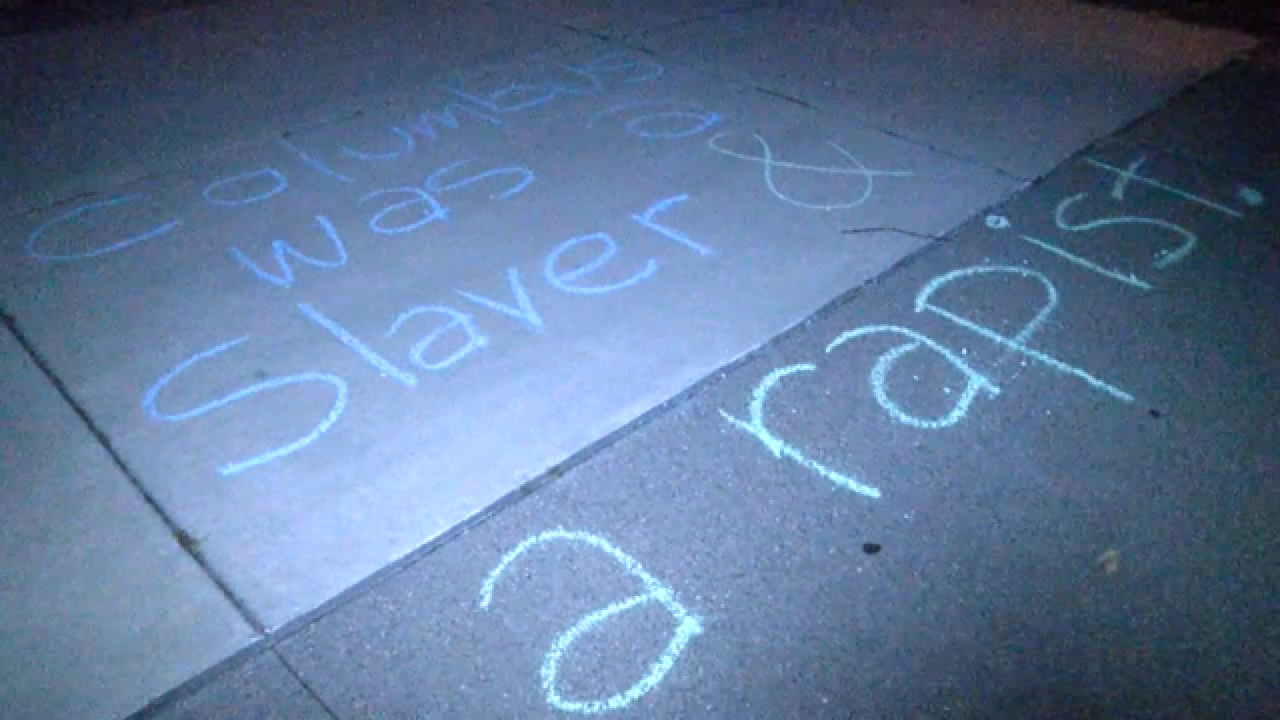 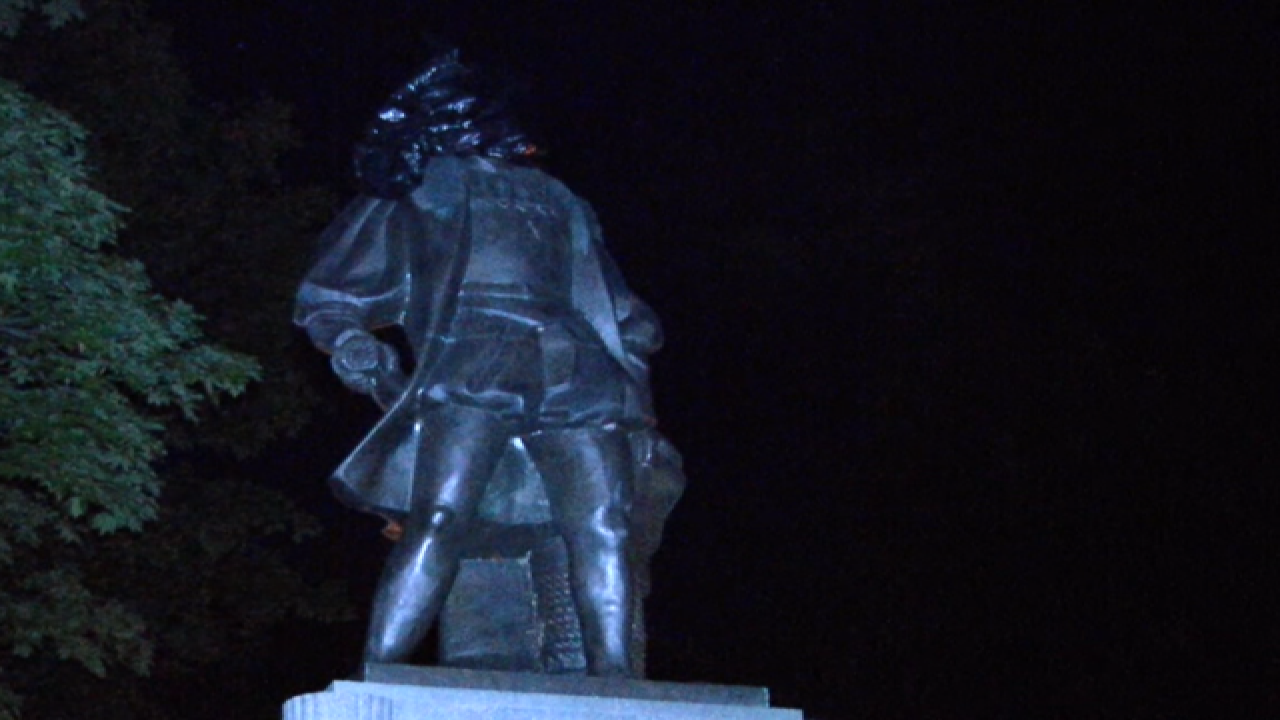 The Christopher Columbus statue in Prospect Park in Buffalo was vandalized sometime before Columbus Day.

A 7 Eyewitness News photographer observed the statue with a black garbage bag over its head early Monday morning. On the sidewalk beneath the statue, the statement "Columbus was a slaver and a rapist" was written in chalk. The vandalism was discovered after our newsroom received a tip from a viewer.

7 Eyewitness News has reached out to the Buffalo Police Department for information regarding its investigation into this incident. This is a developing story. Check back to this article for updates.