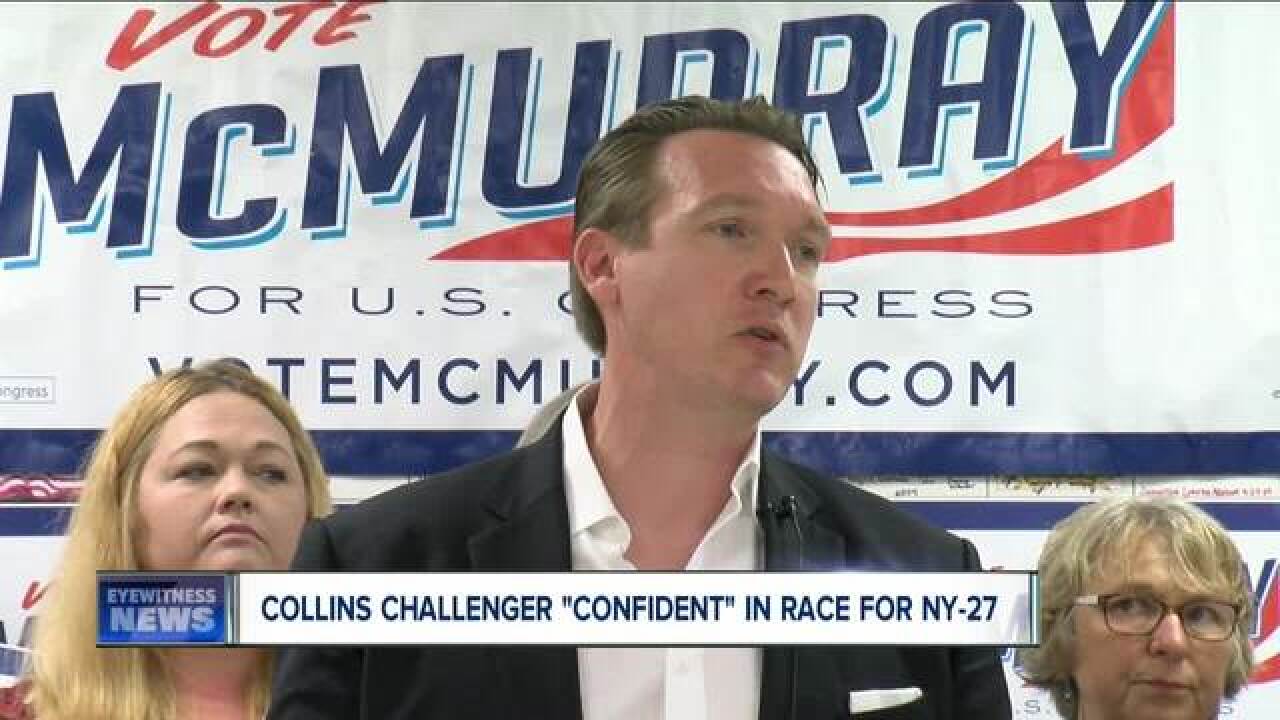 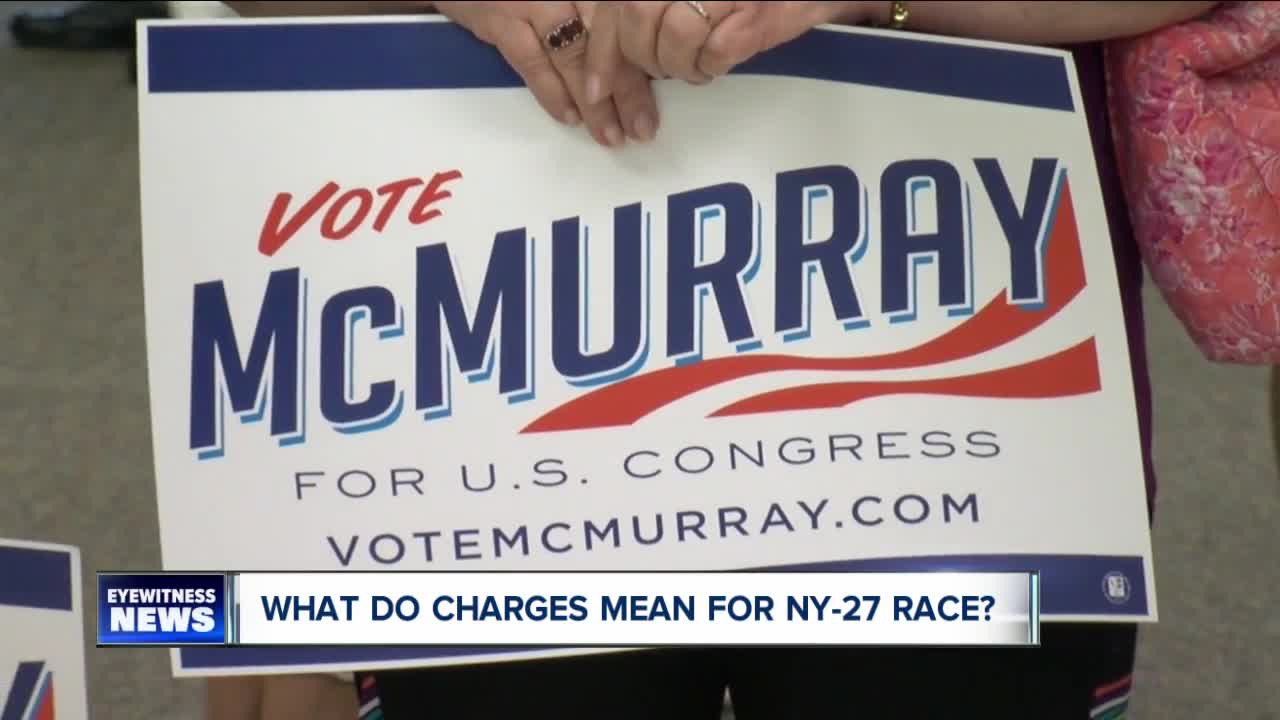 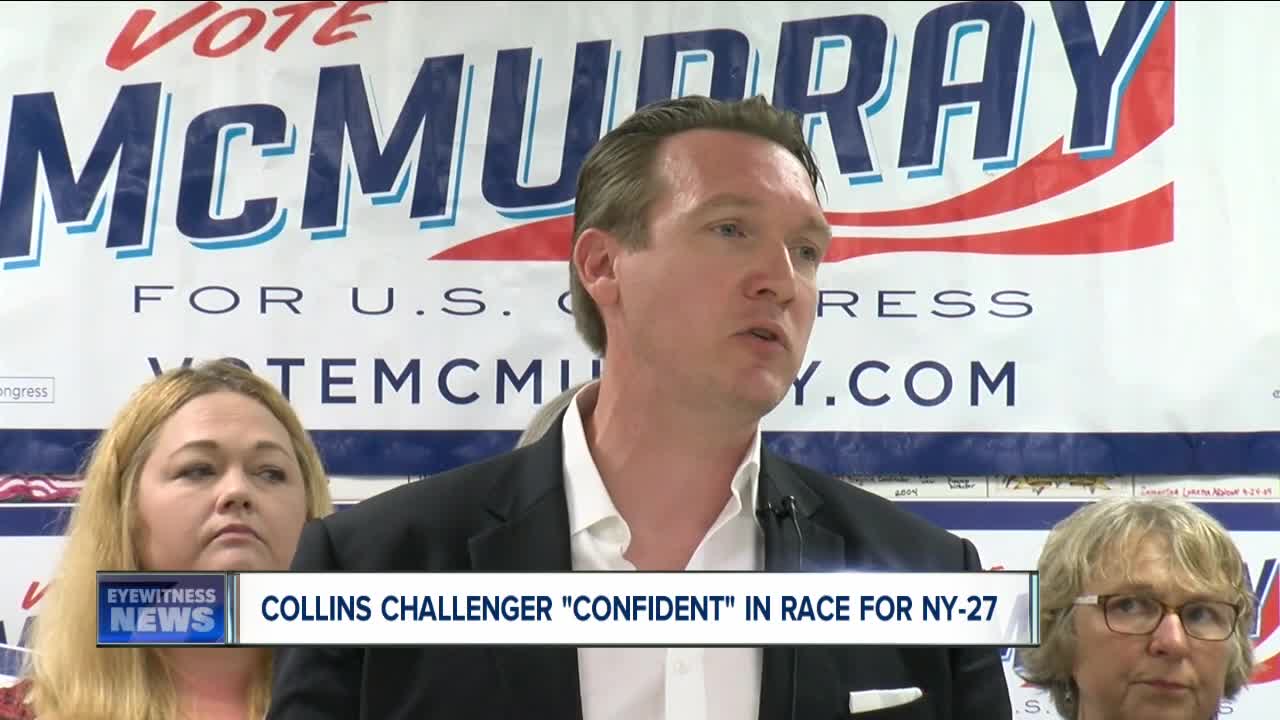 His challenger, Democrat Nate McMurray, held a campaign event a few hours after the news broke surrounded by supporters in Hamburg. He said he was "sad and disappointed" Collins is facing these charges, but admitted it is making him confident he can win the race in November.

Nate McMurray comments on charges against sitting GOP Congressman Chris Collins, also his opponent in race for NY-27. Says he is “disappointed and sad”. @WKBW pic.twitter.com/aG7iPMMy97

"I've been talking about this since the first day I got in the race," McMurray said. "I got in the race because of this. I said look, we can't have a guy representing us who is just trying to steal and cheat us. The problem I have is, how come so many people close their eyes to it?"

You can read more about the charges Collins is facing here. In a tweet, Collins released a statement saying he plans to stay in the race.

Still, in the heavily Republican district, one expert is not sure how big an impact this will have on the outcome.

"We're in a climate where it can very easily be dismissed as partisan politicking," explained Jacob Neiheisel, an assistant professor of political science at the University at Buffalo. "I think there are a number of folks who are going to justify pulling the lever for the Republican candidate, for Collins again, because it looks like a witch hunt. At least in their eyes."

Neiheisel said the charges could result in typically active Republican voters staying home from the midterm election, which could shift the balance toward McMurray.

McMurray, who currently serves as supervisor of Grand Island and lives outside the NY-27 District, acknowledged the difficult race ahead.

"It's going to be a serious fight," he said. "Because we know how much they fight. We know what type of schemes they'll pull to make sure they have an advantage over other people. We know how they'll try to trick and twist the game. We have to fight back."

According to McMurray, his campaign has likely raised more money Wednesday, after Collins was arrested and charged, than it had since he entered the race. When asked, McMurray said he still had not heard from the DCCC or any influential New York Democrats like Governor Cuomo.

Cuomo had previously said publicly he thought Lt. Governor Kathy Hochul would make a stronger candidate than McMurray in the race.

McMurray did not call for Collins to withdraw from the race or resign. Buffalo Mayor Byron Brown and Erie County Democratic Chair Jeremy Zellner have both called on the congressman to resign his seat.