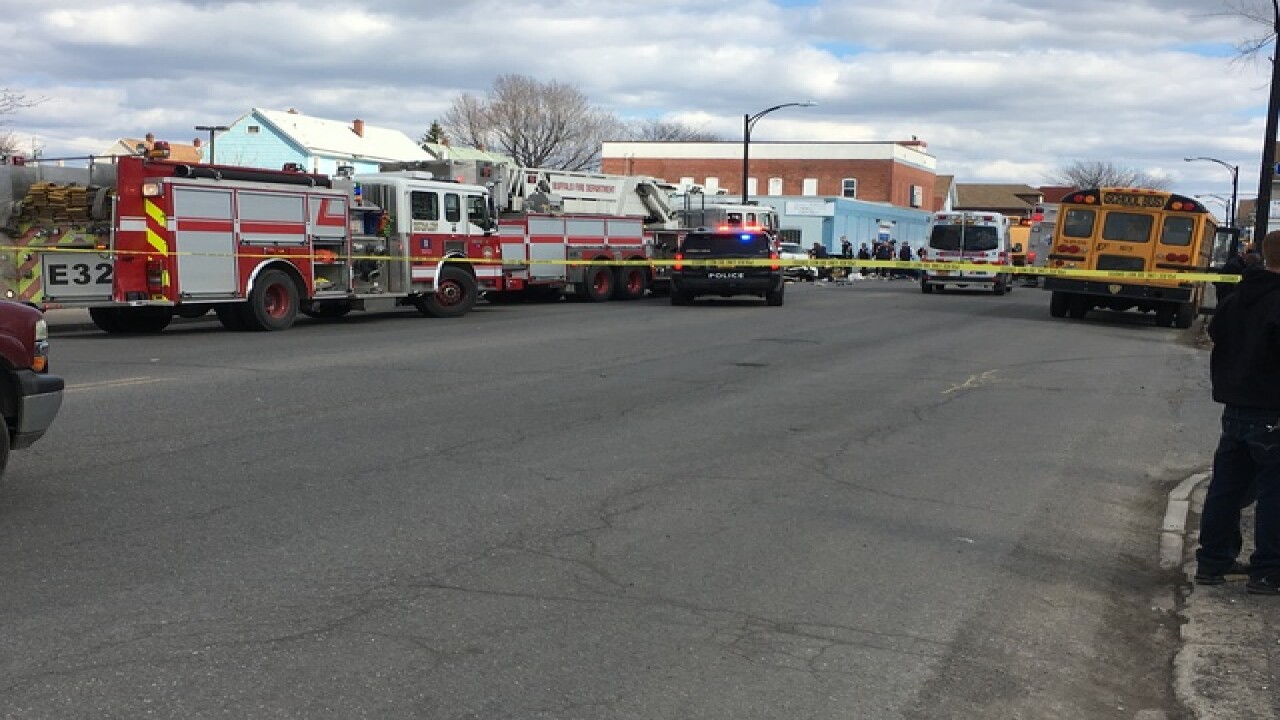 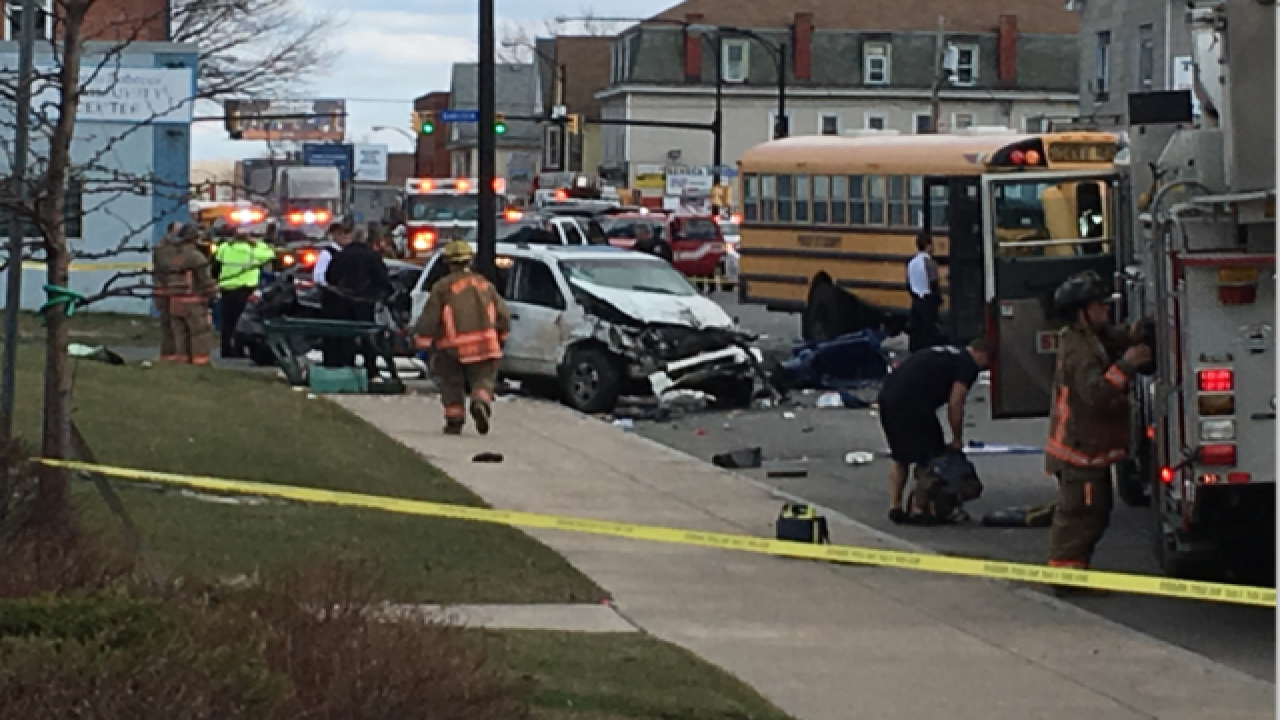 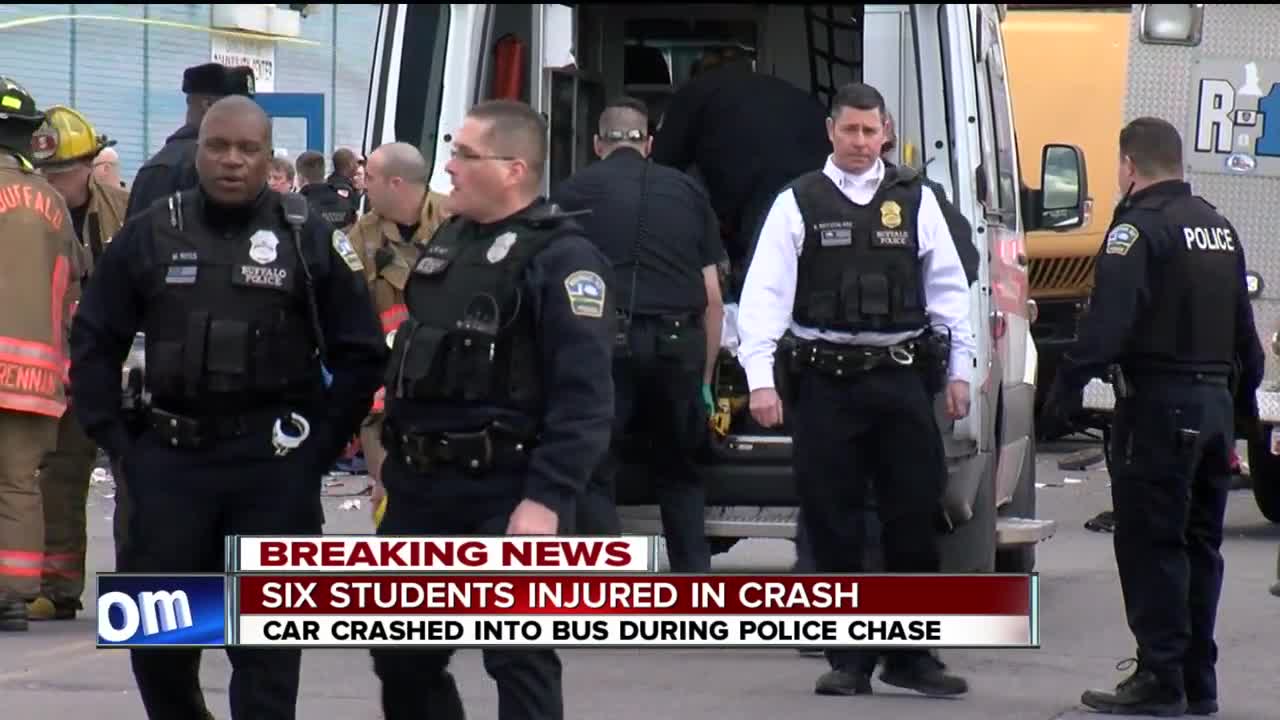 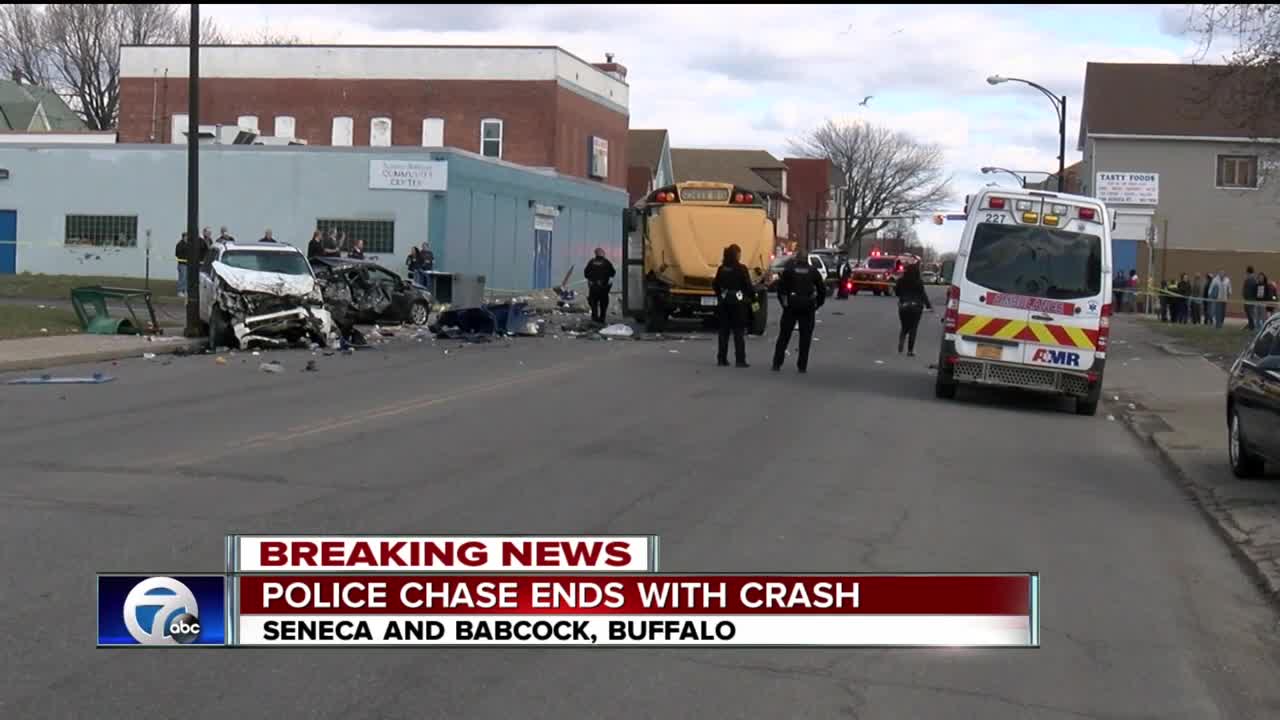 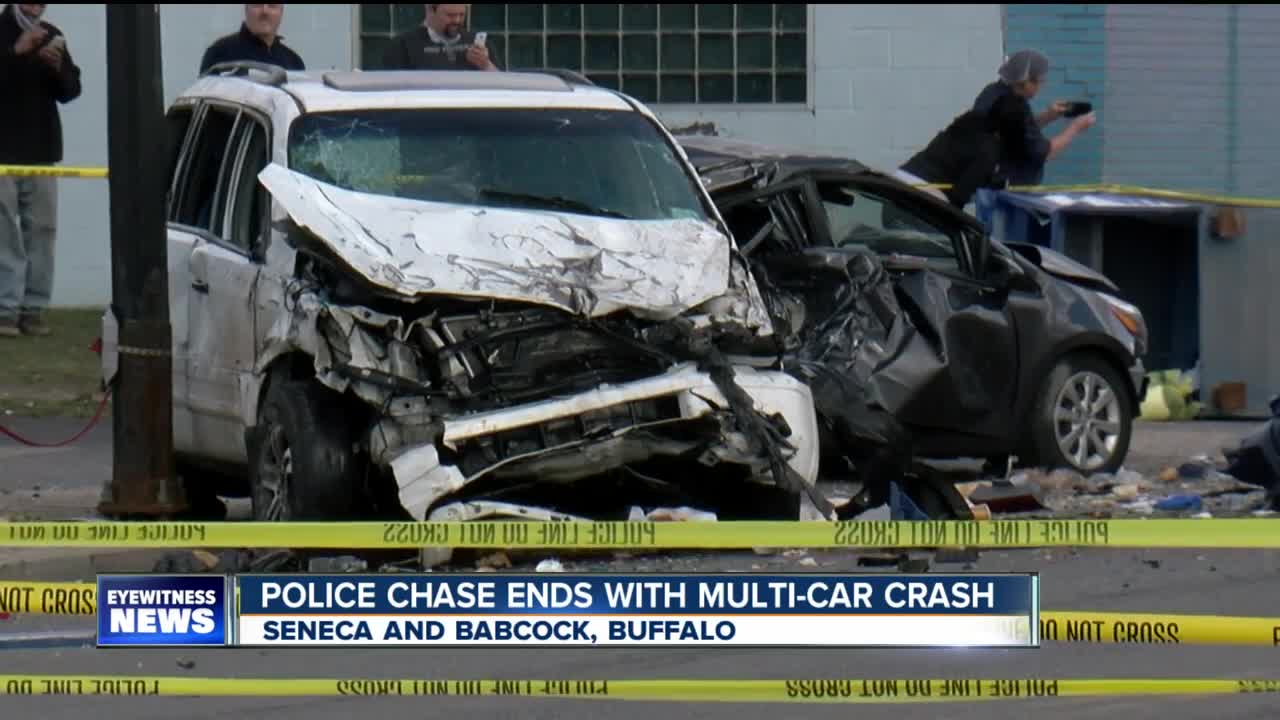 Buffalo Police are investigating a multi-vehicle crash involving a school bus in the Seneca-Babcock neighborhood.

Buffalo Police say one driver was seriously injured after the suspect hit two vehicles and then a school bus in the 1100 block of Seneca Street, between Maurice and Babcock, outside the Seneca Babcock Community Center around 3:30 p.m. Wednesday.

Police the incident began when narcotics detectives were executing a search warrant at a residence in the first block of Weiss Street. Detectives say a vehicle pulled up at that time and police attempted to stop the vehicle.

According to police, the vehicle sped off, striking a narcotics detective and an unmarked police vehicle.

The students involved in the accident were taken to the Seneca-Babcock Community Center where paramedics treated them and parents were able to pick them up.

A female driver suffered serious injuries and was transported to ECMC.

The male suspect was also transported to ECMC where he's in police custody and listed in critical condition.

The Seneca Babcock Community Center will be closed on Thursday because of the incident. Staff is still expected to report.