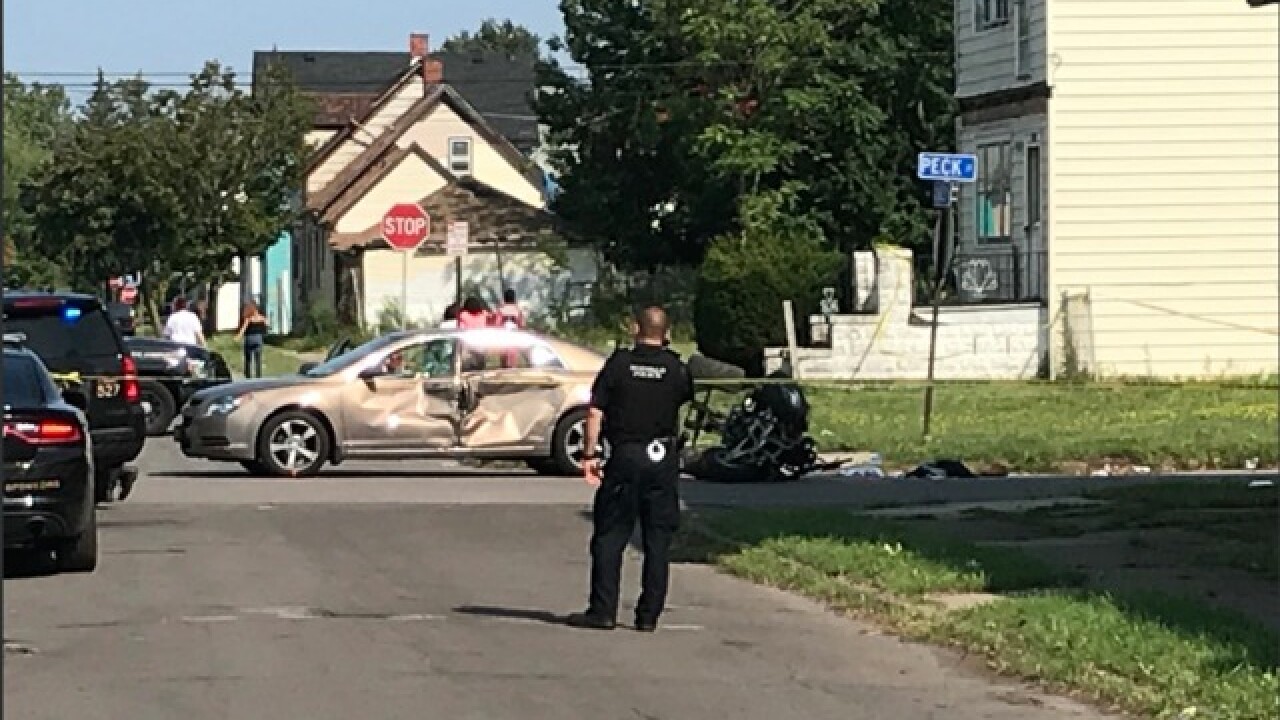 Two people were hurt Thursday afternoon after a car and ATV collided on a street in Buffalo.

Investigators were called to the scene at Ashley and Peck Streets around 2:45pm.

Police say the 31-year-old man who was driving the ATV was rushed to the Erie County Medical Center (ECMC) with serious injuries.

The driver of the car was hurt, but police say she is expected to be ok.

No charges have been filed at this time.