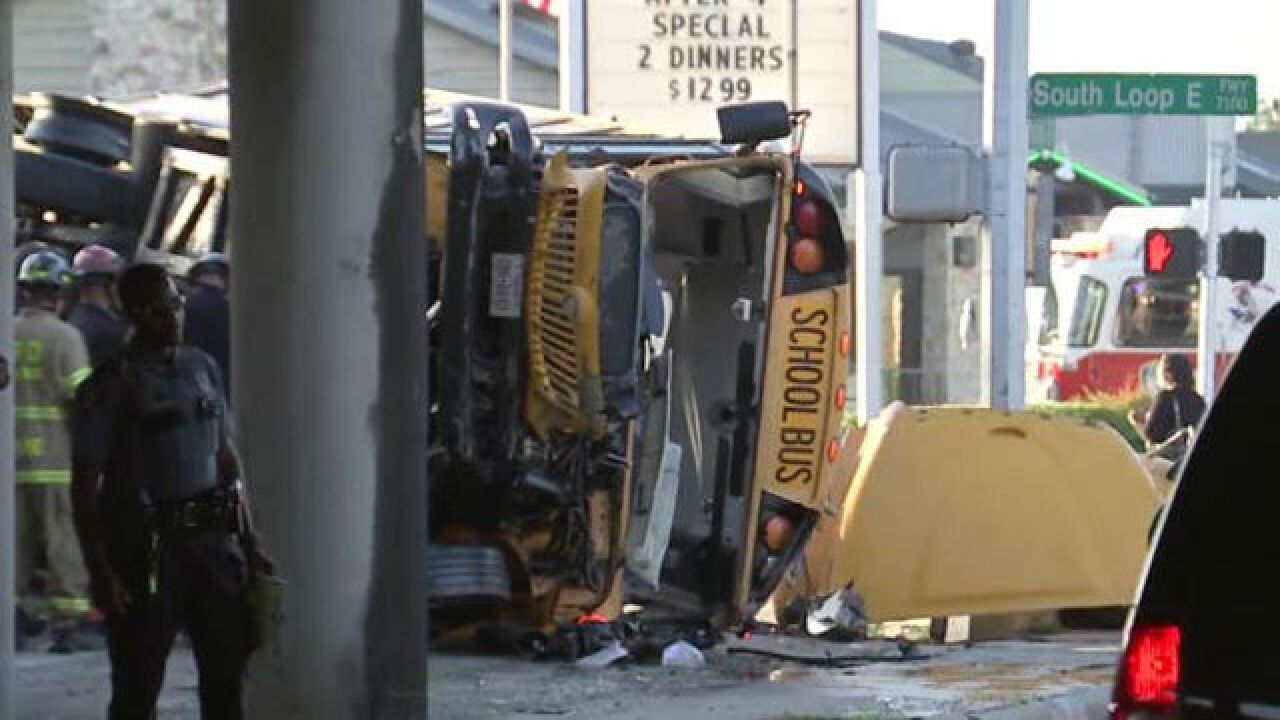 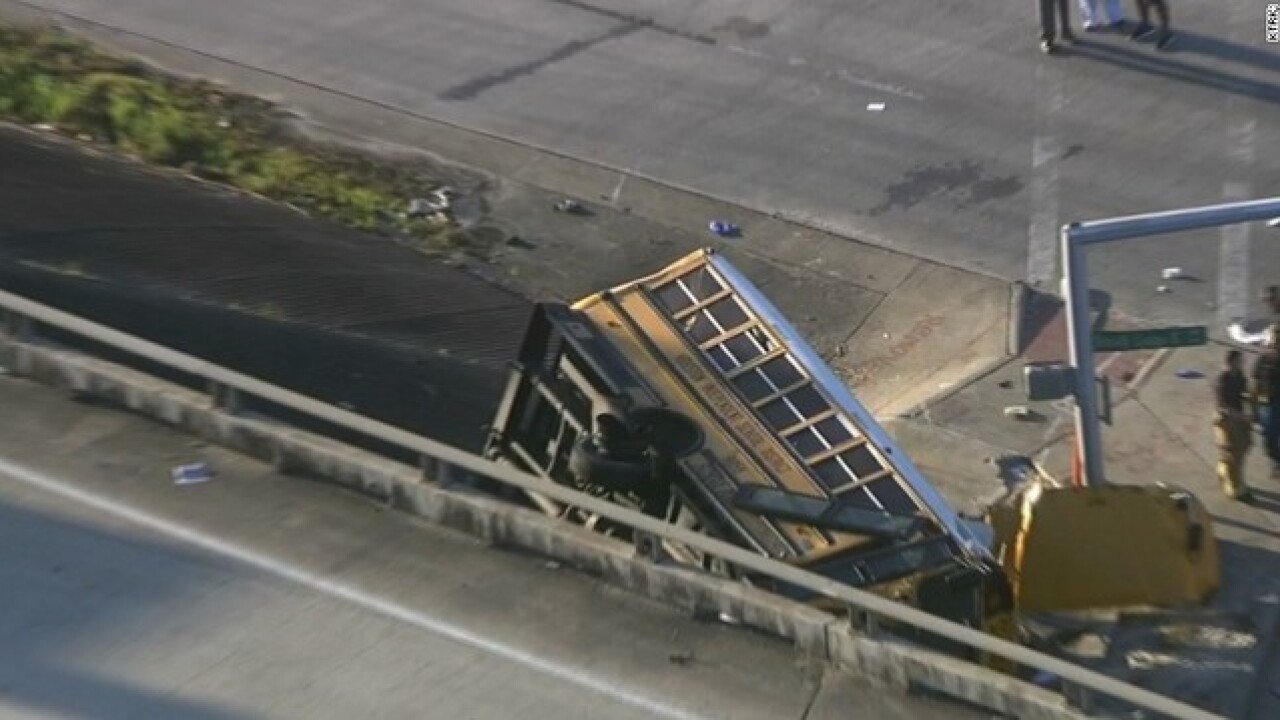 Authorities say two students are dead and two others are seriously injured after a school bus overturned on a highway in Houston.

Officials say there were four students on board the bus at the time of the crash.

A Houston Independent School District statement says the bus driver and four students have been taken to hospitals. District officials had no information on the conditions of the injured.

The bus was bound for Furr High School.

Images from the scene show the wrecked school bus on its side, with vehicle pieces scattered nearby. Authorities have provided no information on the cause of the crash or whether other vehicles were involved.

Houston operates the largest public school district in Texas with about 215,000 students.