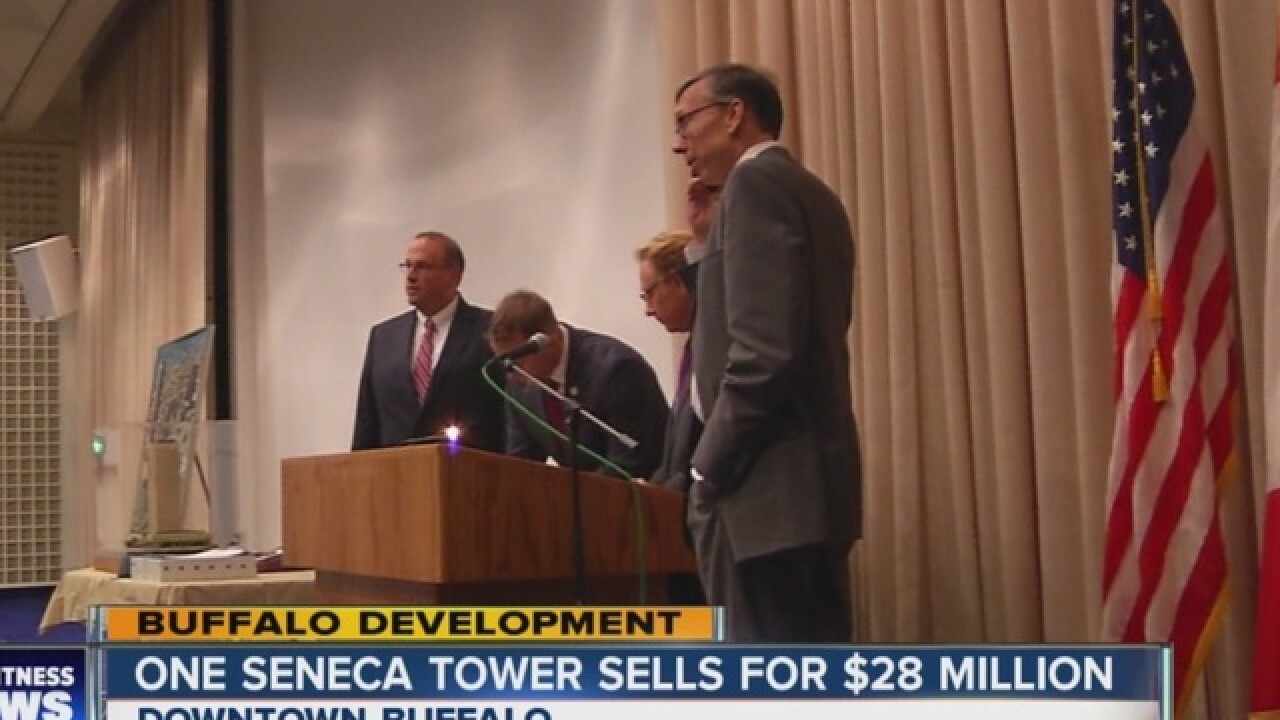 Buffalo's tallest building went up for auction Thursday. One Seneca Tower sold for $28 million after a bidding session in the building's auditorium.

The winner was LNR, which currently holds the mortgage on the building.

A Supreme Court Justice approved a foreclosure order for the tower earlier this year and appointed Buffalo real estate and assessment attorney Peter Weinmann as the auction's referee.

A report in the Buffalo News highlighting Weinmann's assessment of the tower, underground garage and stand-alone parking ramp reveals previous owners failed to pay more than $91 million in mortgage.

Weinmann appraised the tower at $15 million.

One Seneca Tower has 38 floors and is more than 850,000-square feet, but has been mostly vacant since HSBC left in 2013, pulling its well-known logo off the top.

At one time, the tower was worth almost $100 million.