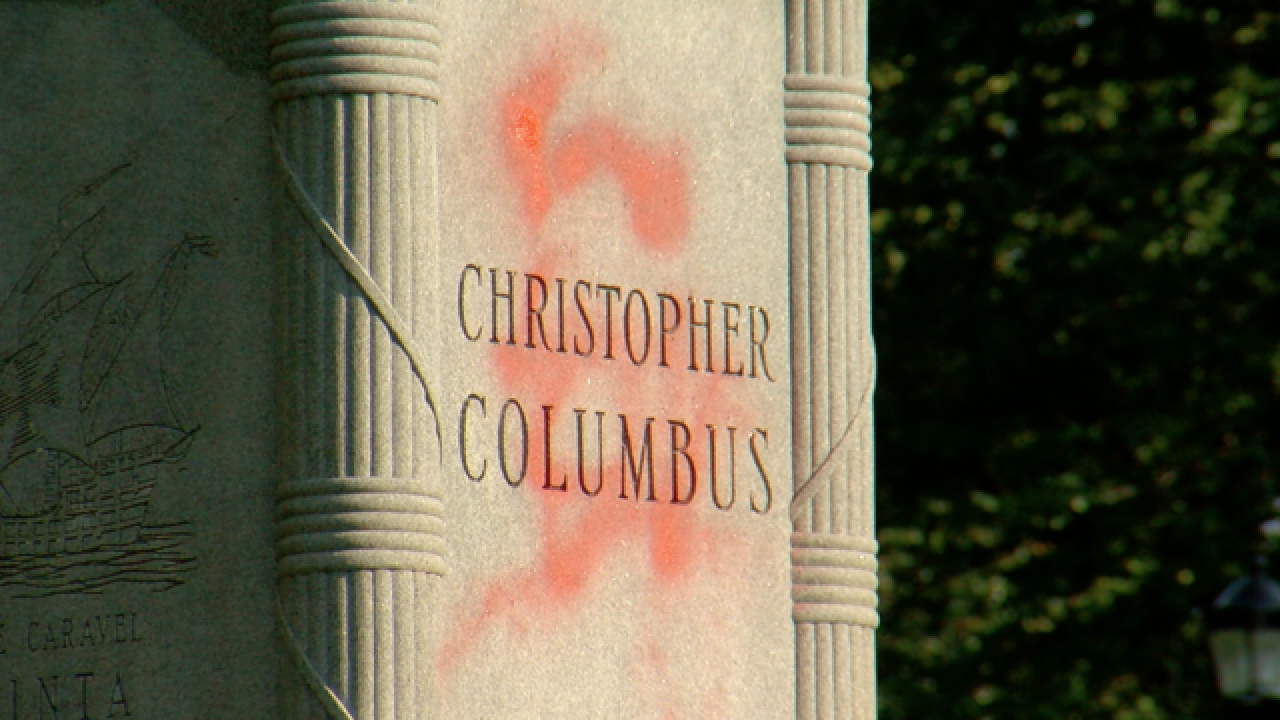 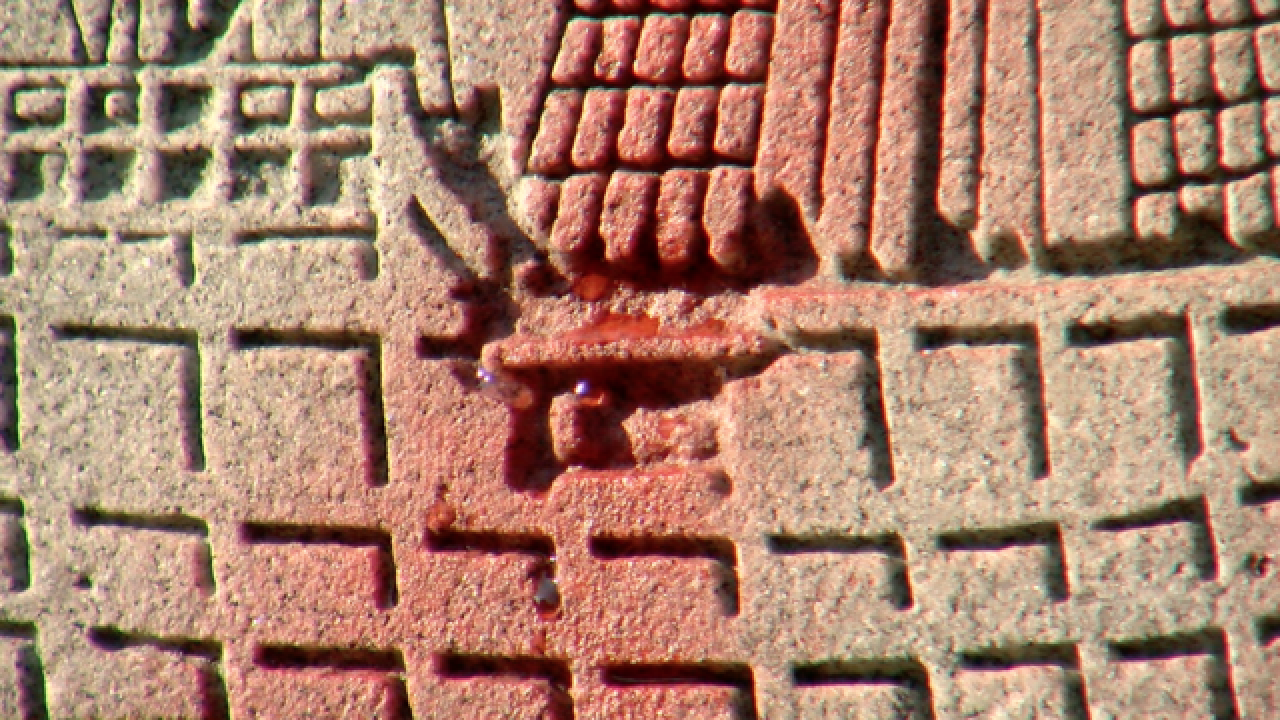 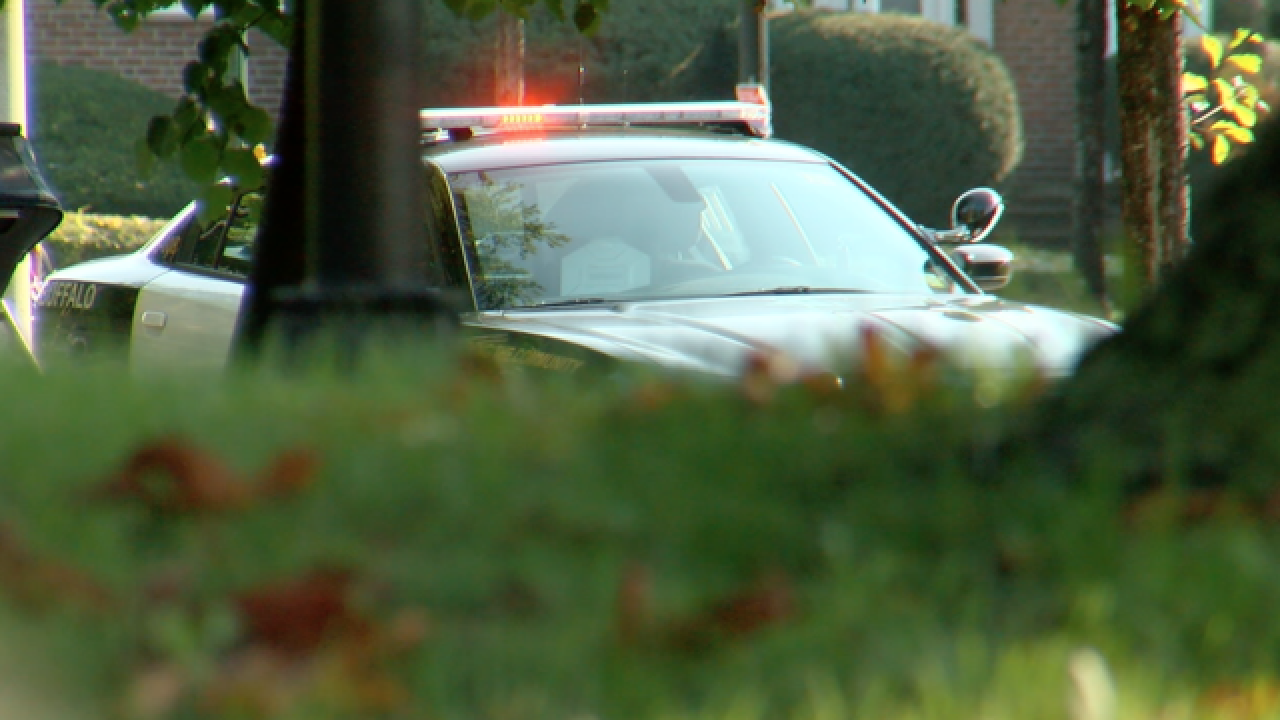 Vandals have hit a familiar target in Buffalo - a monument to Christopher Columbus.

Someone used a red substance to deface the statue in Columbus Park on the city's west side.

On Columbus Day 2016, someone put a black garbage bag over the statue's head and wrote "Columbus was a slaver and a rapist" in chalk on the sidewalk underneath it.

Last year, a Change.org petition called on members of the Buffalo Common Council to remove the statue and rename the park. Lawmakers, however, chose not to take any action.