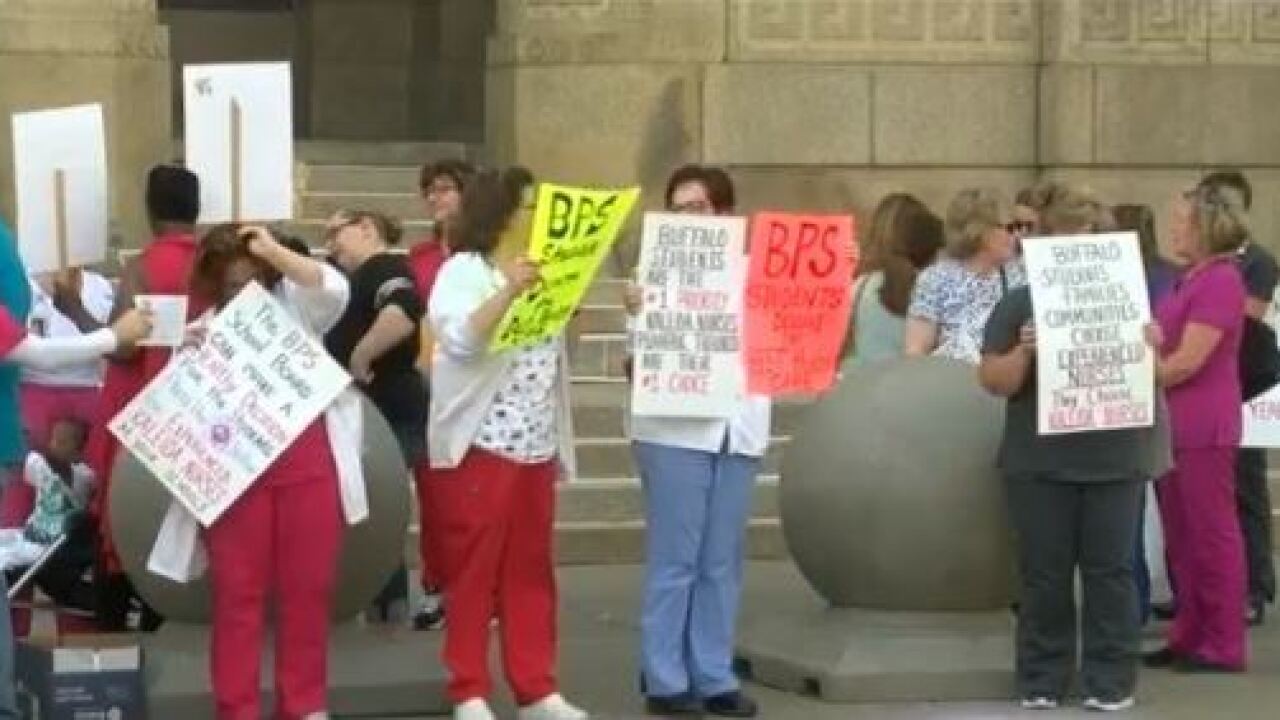 Buffalo Public Schools voted to uphold a May decision to end Kaleida's 13-year contract with the school district.

The District's Request for Proposal for the next contract was due in January, but Kaleida's bid was delivered late and it was unsealed, which is a violation of the bidding process.

Kaleida's supporters urged the district to to keep their nurses in schools but board members voted unanimously to award the contract to Sun Belt Staffing and Supplemental Health Care.

Despite awarding the contract to Sun Belt Staffing and Supplemental Health Care, the Kaleida bid was still reviewed.

In a letter to Kaleida Health's attorneys dated June 25, BPS said the Bid Protest Committee voted unanimously that the award be upheld.

Saturday, Michael P. Hughes, Chief of Staff for Kaleida Health, issued a statement in response to the decision:

“We have learned that the Buffalo Public Schools Bid Protest Committee voted to uphold their decision on the Request for Proposal for “Staffing Services for Comprehensive Nursing Services.” We vehemently disagree with their decision and will continue to pursue litigation against the school district. As we have said all along, Kaleida Health stands with our nurses. All have been guaranteed a position within our organization, many of which have already started their new jobs. Despite this decision by the BPS, we can hold our head high knowing that our staff is leaving the schools much better than they found them. While victorious in finding a cheaper alternative, the school district lost in the long run. It lost our nurses and it lost the support of many in the community. How unfortunate and how preventable.”