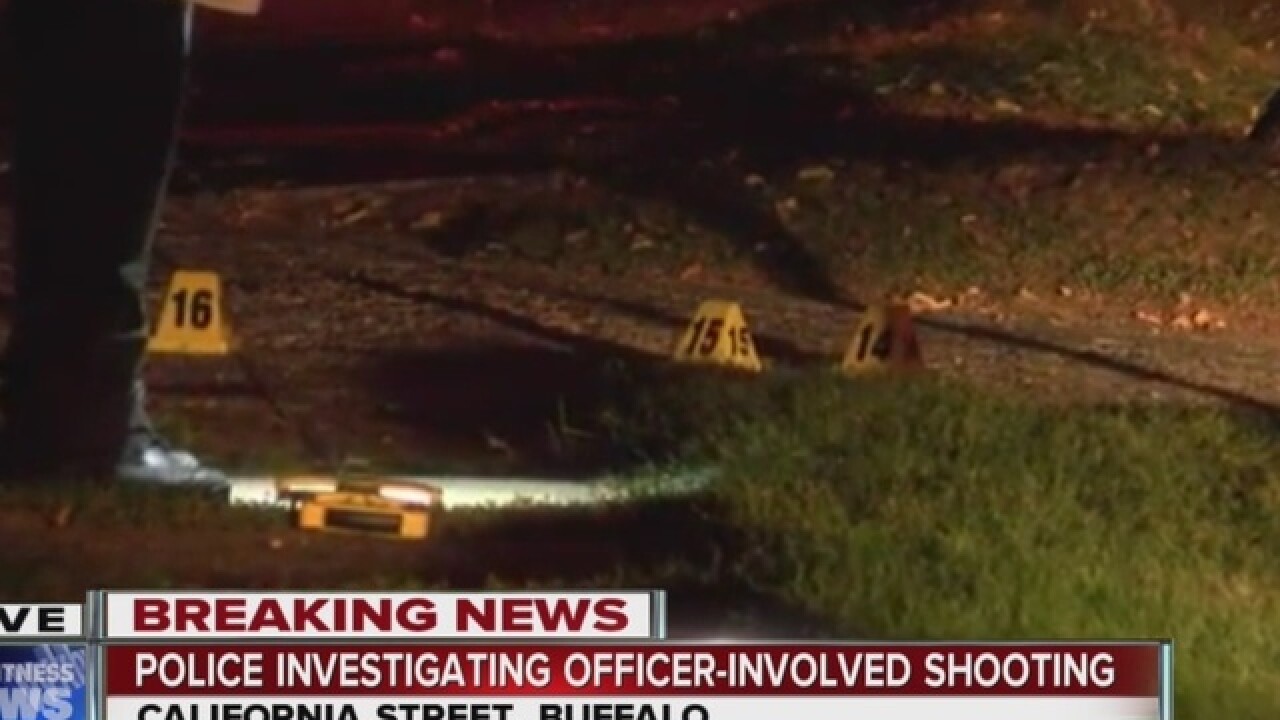 A Buffalo Police officer used his service weapon, shooting a suspect during a foot chase Tuesday night along California Street near Plymouth Avenue on the city's west side.

Police said they responded to a reported home invasion around 8:30 p.m. and as they arrived the suspect ran away from police. During the foot chase, some sort of struggle happened and an officer shot the suspect once.

The suspect is a 39-year-old Buffalo man who was taken to Erie County Medical Center for treatment. Police said his injuries are not serious.

Two people inside the home during the attempted robbery were injured.

7 Eyewitness News has learned the suspect did have a gun, which was recovered by police.