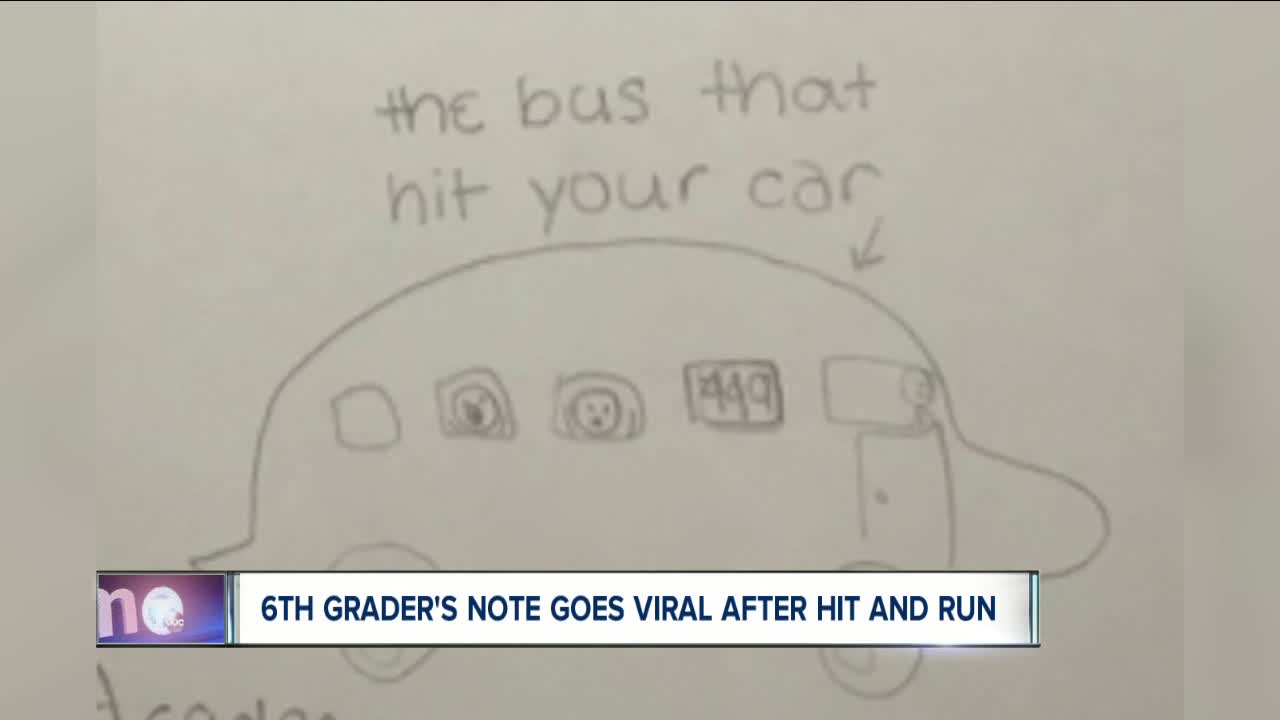 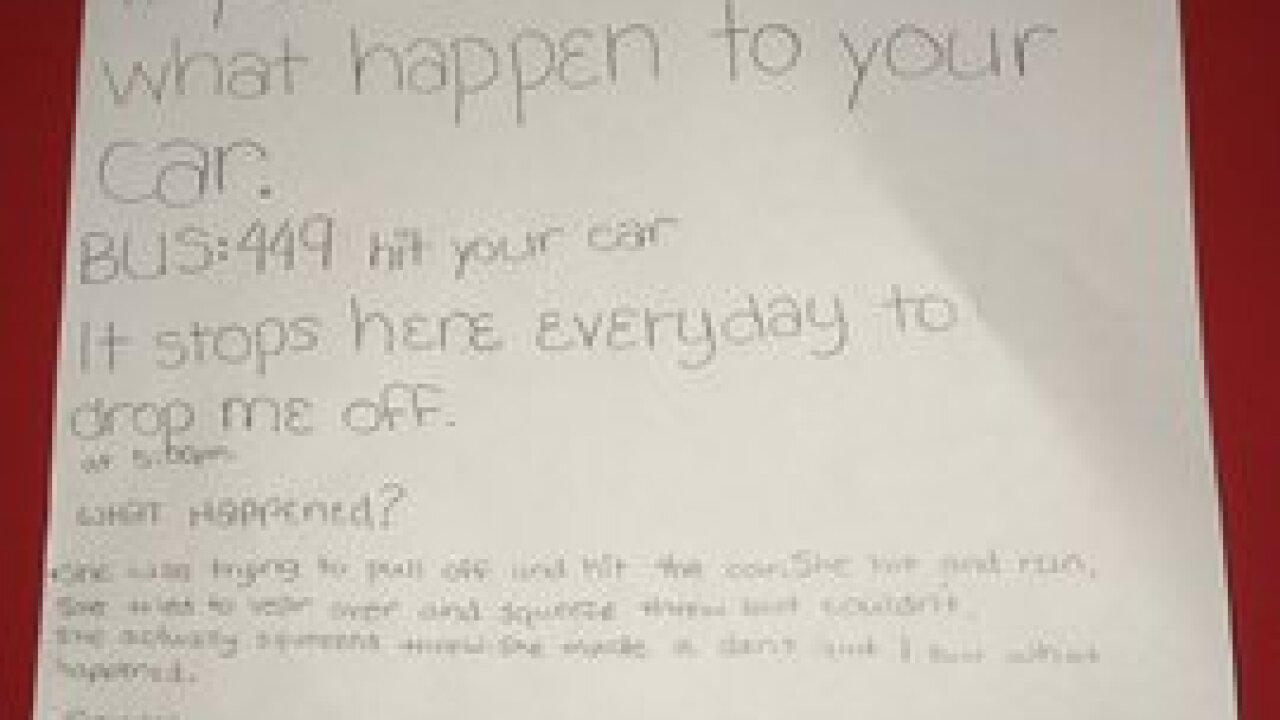 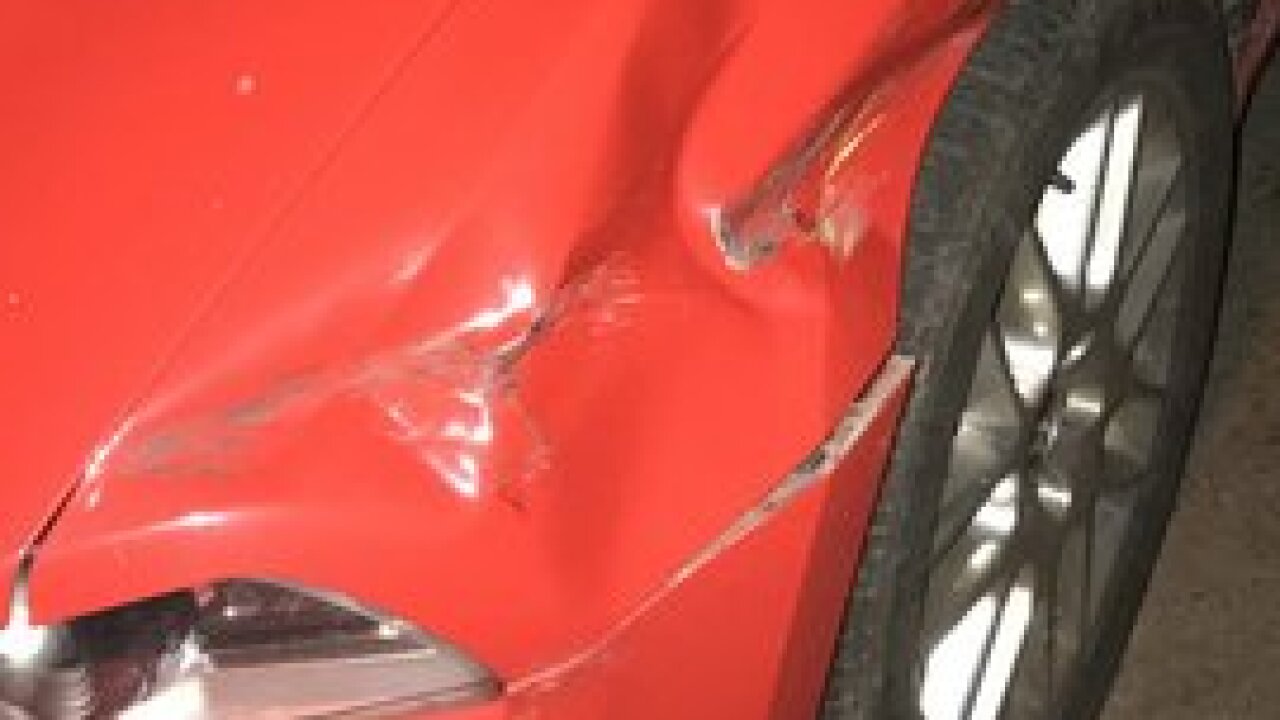 A sixth grader is being celebrated for stepping up when an adult did not. She came back to leave a note on a car that was allegedly damaged by her bus driver. The sixth grader explained that her bus had hit the car and drove away.

A Canisius College upperclassman, Andrew Sipowicz, shared the note alongside two pictures on his Twitter feed with the caption: "Shoutout to the anonymous 6th grader for saving me a couple thousand (Bus not drawn to scale)."

Shoutout to the anonymous 6th grader for saving me a couple thousand (Bus not drawn to scale) pic.twitter.com/7aNK10xSwX

He also shared this: "Update: The student who wrote the letter has been found and we’re in the process of finding a way to reward her for her actions. Very grateful for what she did"

If you wondering what happen to your car.

Bus: 449 hit your car It stops here everyday to drop me off.

What happened? She was trying to pull off and hit the car. She hit and run. She tried to tear over and squeeze threw but couldn’t. She actually squeezed threw. She made a dent and I saw what happened.

-A 6th grader at Houghten Academy

She also included a drawing of the bus that hit the car.

"I think it set a good example for other students, not just students but people in general," he said. "I would like to thank her so much for doing the right thing."

Vice Principal Kevin Garcia said the school will be "celebrating her outstanding leadership"and presenting her with an citizenship award in the upcoming weeks.  The student's teacher also took to Twitter to share his congrats.

Proud teacher moment. One of my students wasn't afraid to be a 'snitch' and did the good deed. NO THANKSGIVING HOMEWORK! https://t.co/Wu9IG8Q3bf

A Buffalo Schools spokeswoman added, "Kudos to the 6th grader. We always tell our students if they see something to say something.

Sipowicz says someone from First Student, the bus company, came to take a report of the incident. First Student issued a statement to 7 Eyewitness News reporter Hannah Buehler.

HAPPENING NOW: First Student is in the process of terminating this bus driver based on the incident. Buffalo middle schoolers note goes viral @WKBW https://t.co/LInfh9L009 pic.twitter.com/iBcEnW2Z6u