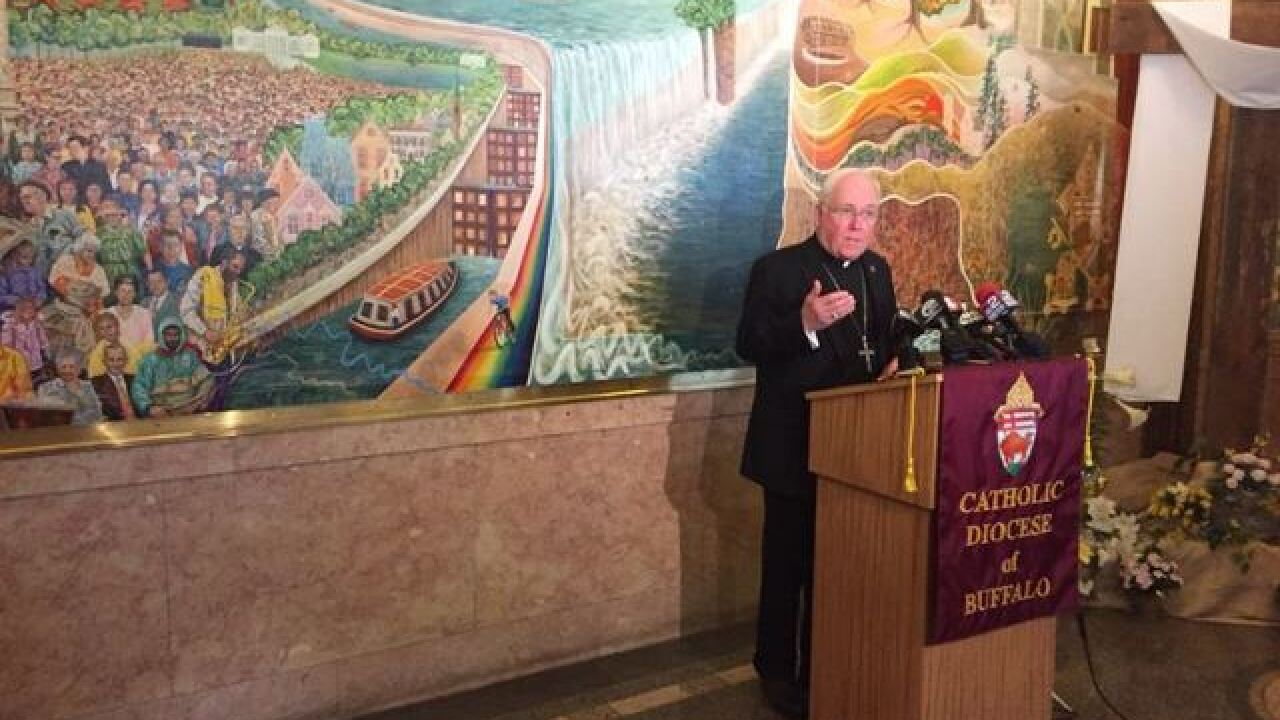 Copyright 2018 Scripps Media, Inc. All rights reserved. This material may not be published, broadcast, rewritten, or redistributed.
Specht, Charlie

The Catholic Diocese of Buffalo has suspended four more priests as they investigate allegations of sexual abuse of minors.

All four of the priests were retired, but in some cases still saying masses.

Allegations against three other priests that 7 Eyewitness News previously reported on have been substantiated, and Rev. Samuel J. Venne, Rev. Arthur J. Smith and Rev. Dennis A. Fronczak will remain on leave, according to the diocese.

Allegations against another priest, Father Dennis Riter, has “not been substantiated” and has been placed back into ministry in Dunkirk.