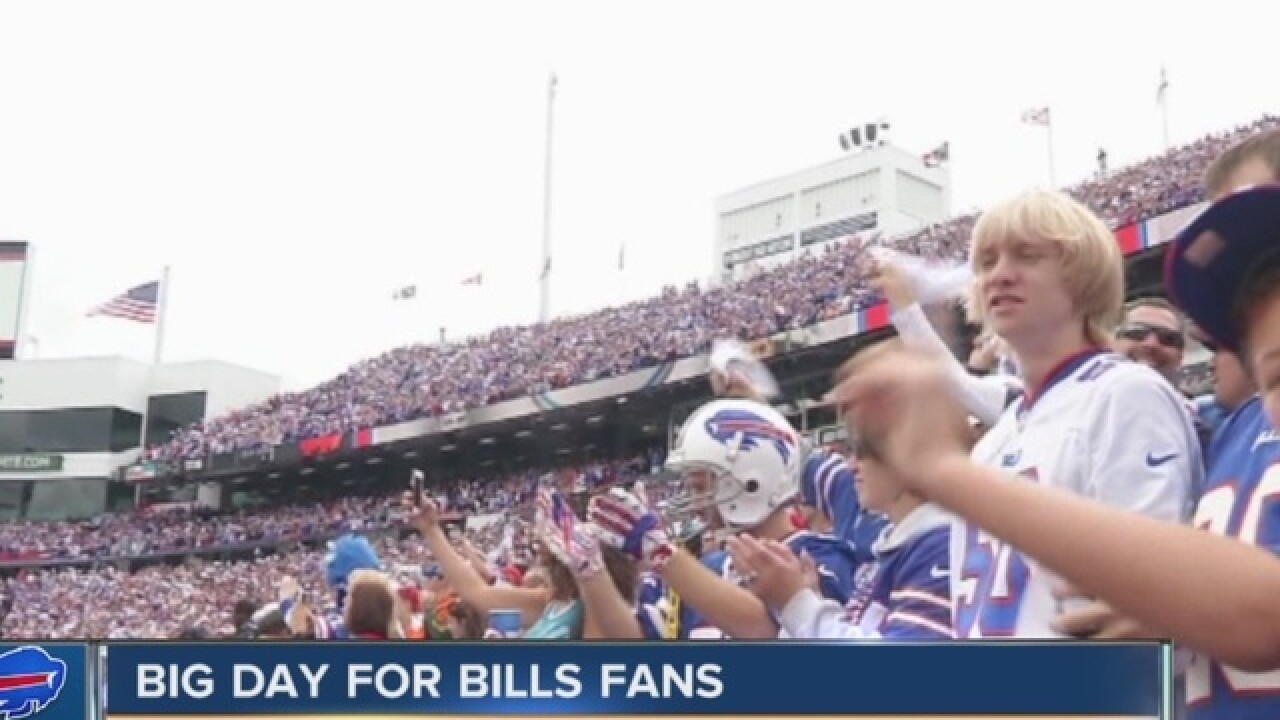 Have no fear, Bills fans. You won't have to end your tailgating at New Era Field by kickoff time this season. But that won't be the case in every NFL city.

Fans of the Kansas City Chiefs are blasting a new policy by the team that will force fans to end their festivities outside Arrowhead Stadium by kickoff.

According to the Kansas City Star, fans in stadium parking lots will have to either move inside once the game begins or leave the parking lot if they don't have tickets.

Chiefs President Mark Donovan said the move follows a recommendation from the NFL. The policy will be phased in throughout the 2018 season, he said.

Buffalo Bills spokesperson Derek Boyko told 7 Eyewitness News the team is making no changes to its tailgating rules this season. When asked if the Bills are choosing to not go along with a league recommendation, Boyko replied, "We are not changing."