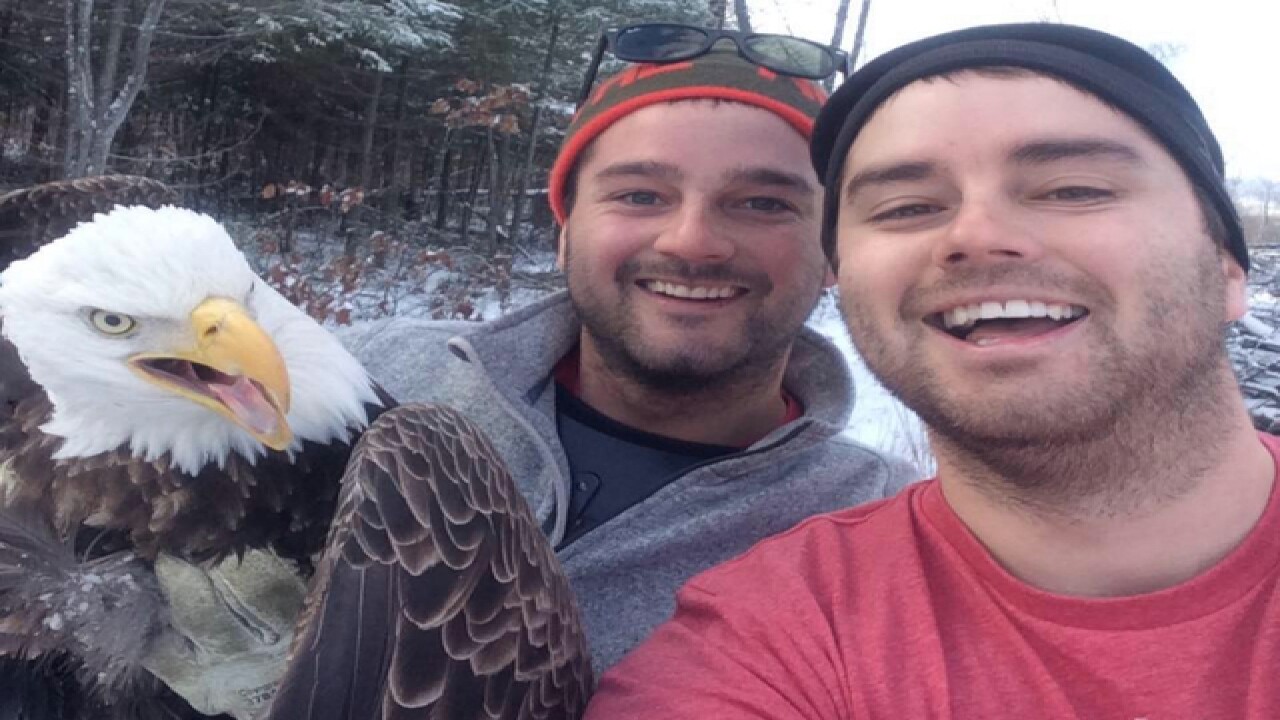 When two brothers hunting in Canada came across a bald eagle caught in a trap, they stepped up to set it free. But first, they took a selfie.

Michael Fletcher posted the amazing close-up on his Facebook page.

"Bald eagle we set free from a trap. Quick selfie before it flew away," Fletcher posted .

Fletcher and his brother, Neil, were hunting in Ontario when they spotted the eagle caught in a claw trap set by fur harvesters, the Sudbury Star reported.

Before they moved in to help the raptor, the brothers set up a camera to record the rescue operation.

Me and Neil found this eagle in a trap

The eagle is lying face down, with its wings partially spread.

You can see Fletcher take off his sweatshirt and try to wrap the eagle in it, as a curious and excited dog tries to get in on the action.

"Hey, back off," one brother tells the dog.

The eagle frantically flaps its wings, but can't get away.

It takes a couple tries, but the brothers get the hoodie around the bird, and then use a stick to pry open the trap.

Neil Fletcher smiles as he holds up the newly-freed eagle.

They paused for a selfie - of course - and then recorded a video of Neil releasing the majestic bird.

The brothers told the Star they watched the eagle for about 10-15 minutes before they headed home, empty handed.

"Michael said he wasn't disappointed, as bagging a grouse isn't quite as exciting as rescuing a bald eagle," the Star reported.