Nearly a year after Officer Lehner died during a dive training exercise in the Niagara River, Buffalo Police have received a copy of a report completed by the Public Employees Safety and Health Bureau (PESH) regarding Lehner's death.

The investigation by PESH made it apparent there were no clear standards for police dive teams to follow.

PESH has concluded, after consulting with numerous diving experts, other police diving instructors, and the Occupational Safety and Health Administration (OSHA), that police dive teams must comply with commercial diving standards.

Captain Rinaldo said the violations are mostly related to record keeping and the establishment of training procedures specific to the Niagara River.

PESH has given BPD 60 days or more to comply and rectify the violations, Captain Rinaldo said many of them have already been addressed by the BPD prior to the release of this report and they expect to be in full compliance within the allotted time frame.

As soon as next week BPD will be submitting proposed changes to PESH for approval.

Captain Rinaldo stated that the Niagara River is unique to Buffalo, they were not able to find the conditions of the river replicated anywhere else.

A 7 Eyewitness News I-Team investigation about two months after Officer Lehner's death outlines the danger of the Niagara River and the hazards that exist beneath the water.

The full report is available below. 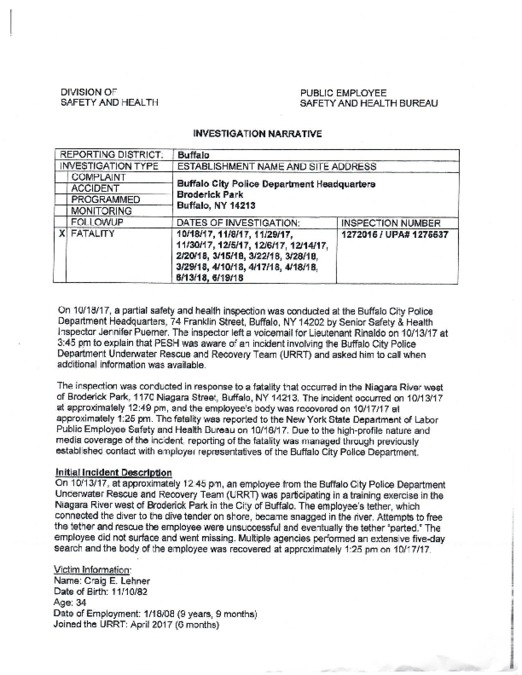 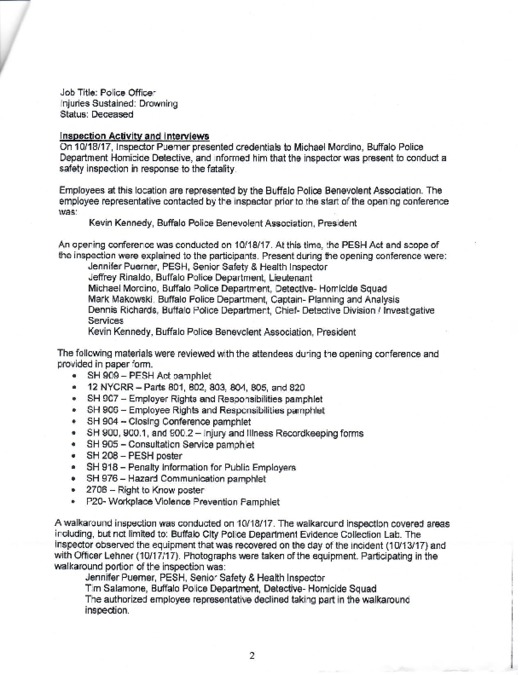 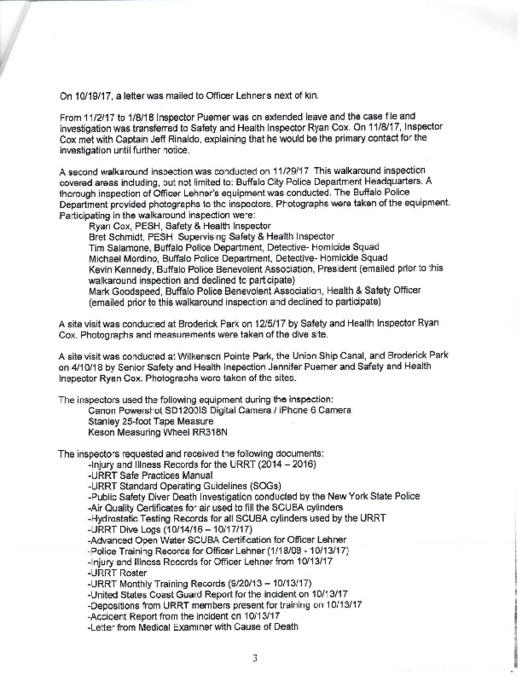 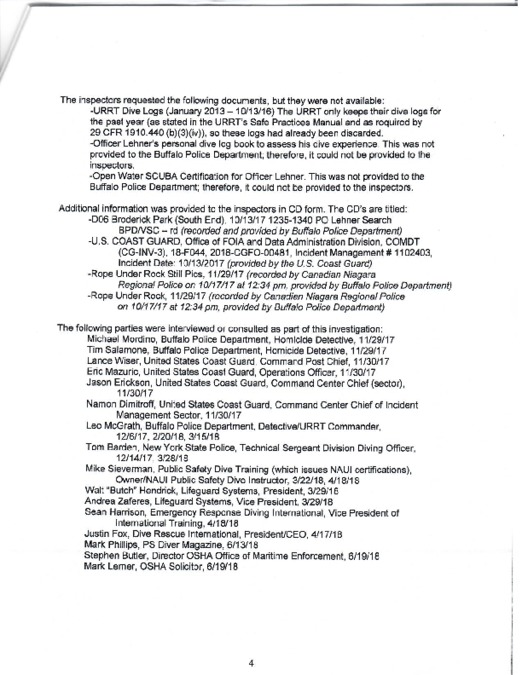 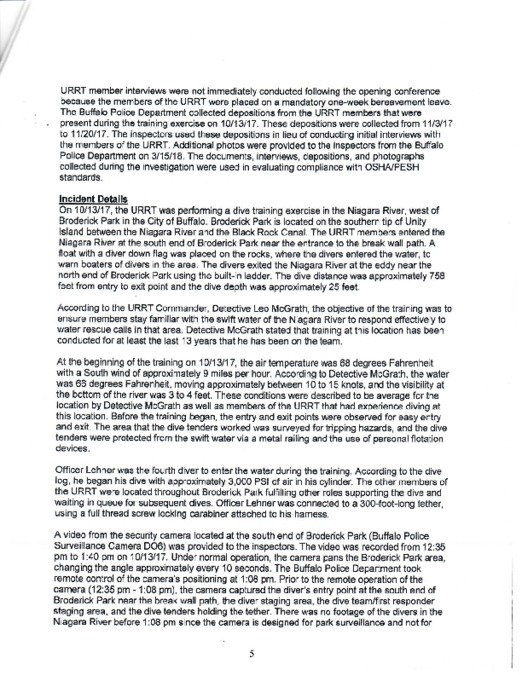 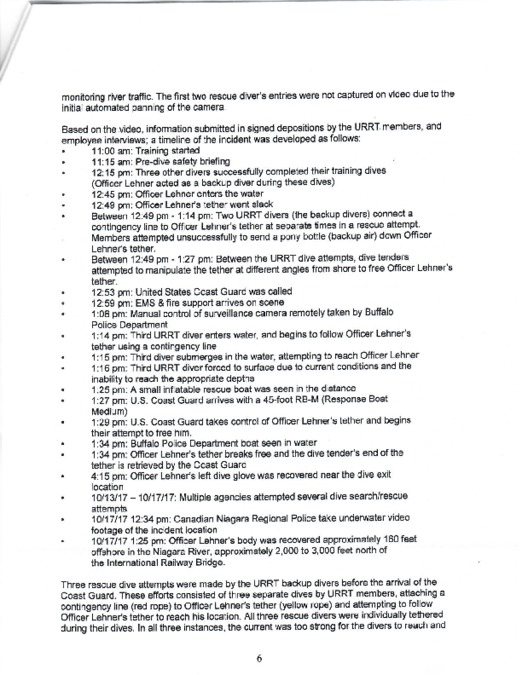 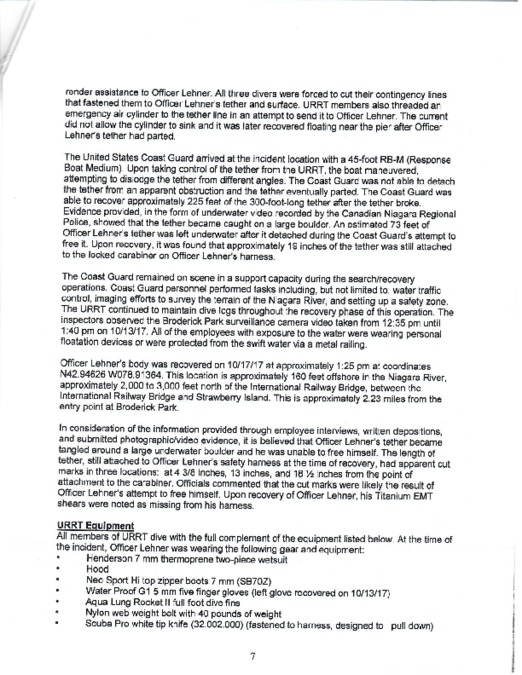 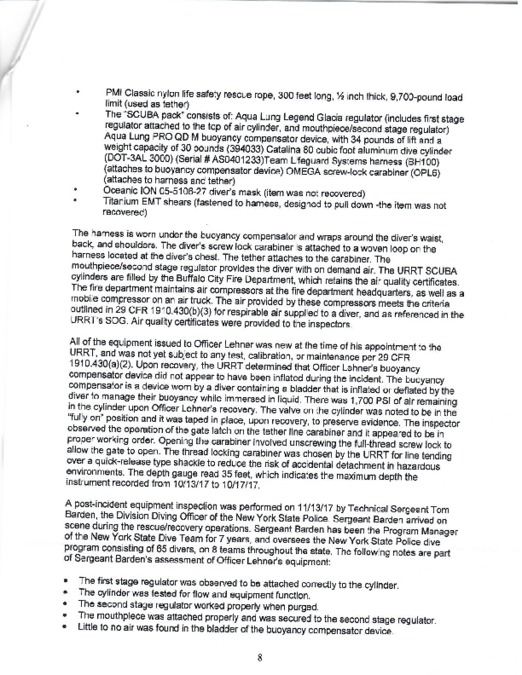 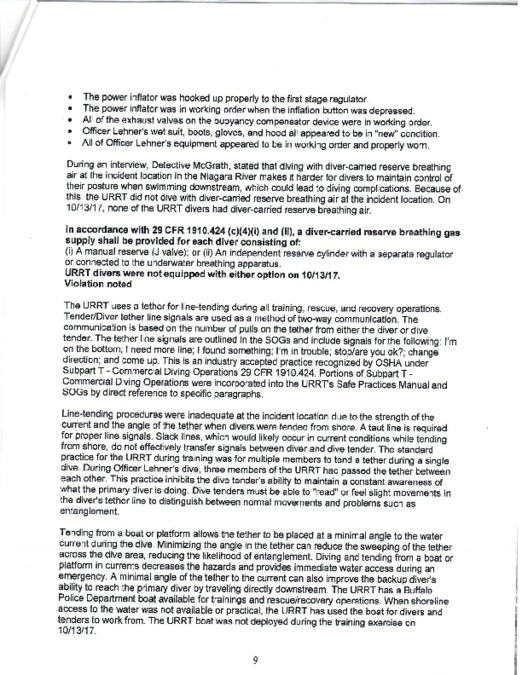 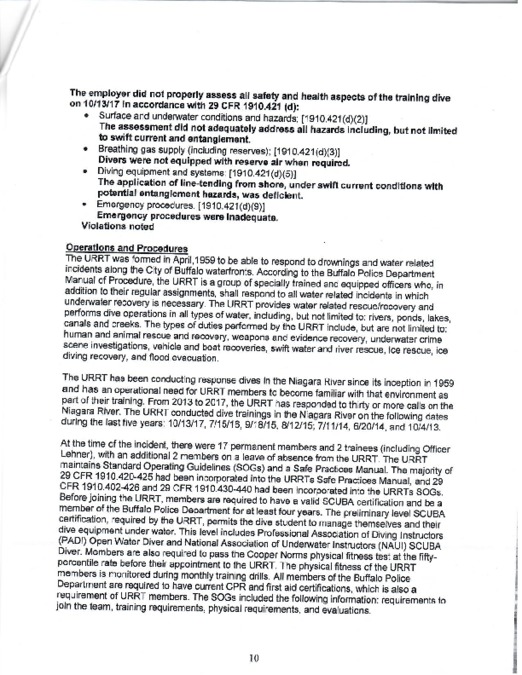 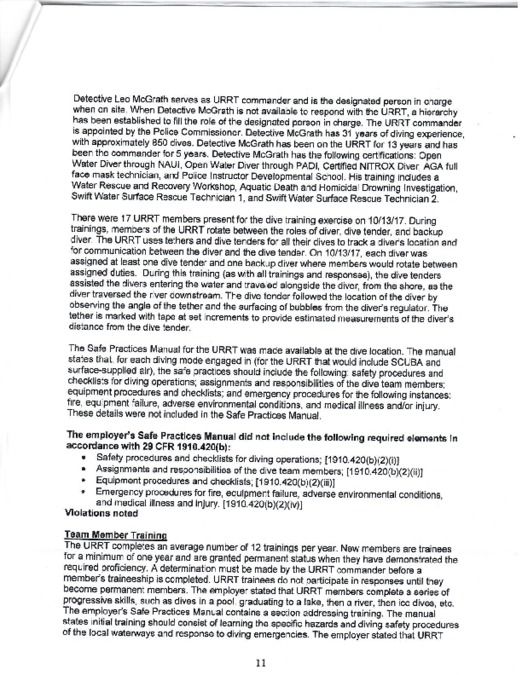 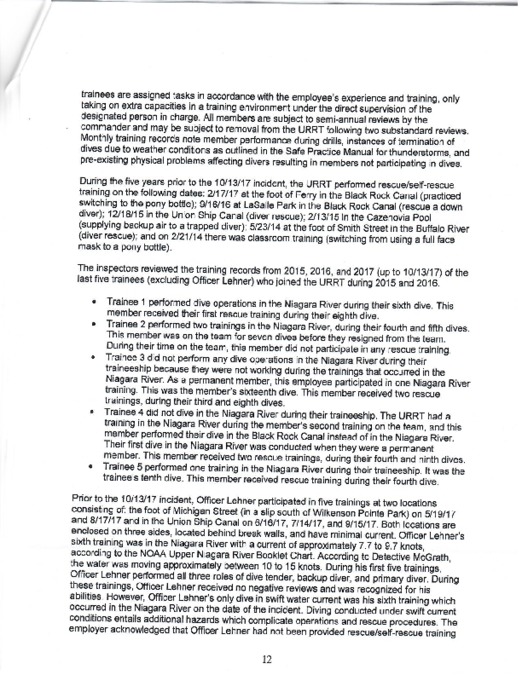 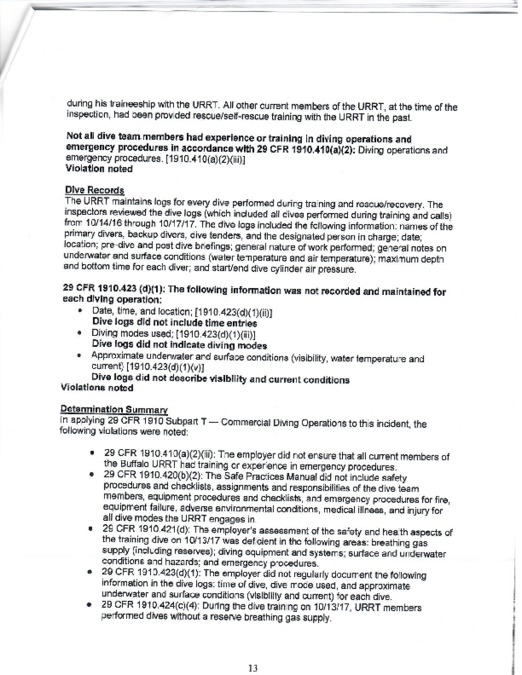 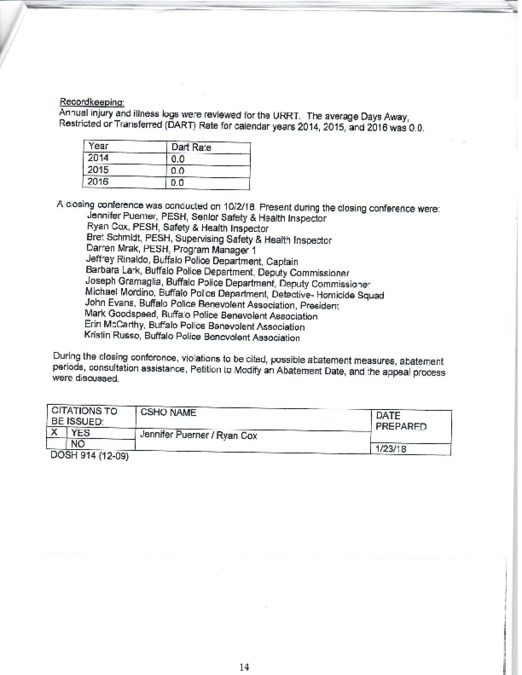