Bon-Ton is back in business 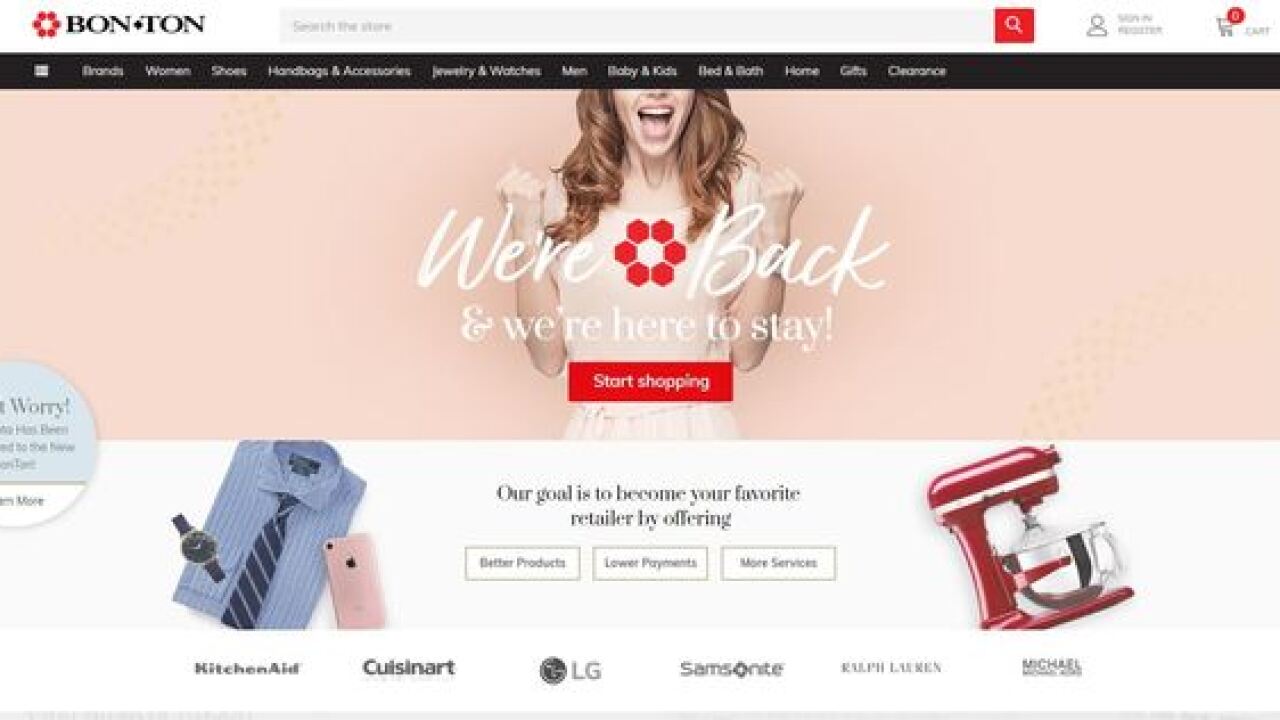 If you thought Bon-Ton closed their doors for good, think again.

The retailer is selling products on their website  again.

On Bon-Ton's website , the CEO issued a statement saying that they are working as fast as they can to rebuild the company.

The company also said that they are 'committed to saving the legacy of a brand
that helped shape America.'

Bon-Ton filed for bankruptcy back in February . At one point,  Bon-Ton  had 260 stores in 24 states, including eight in Western New York: at the Chautauqua Mall in Lakewood, Eastern Hills Mall in Clarence, South Transit Road in Lockport, McKinley Mall in Blasdell, Olean Center Mall, Sheridan Drive in the Town of Tonawanda, Southgate Plaza in West Seneca, and the former Summit Park Mall in Wheatfield.