Billy Buffalo featured in "Drought is Over" Bills bobblehead 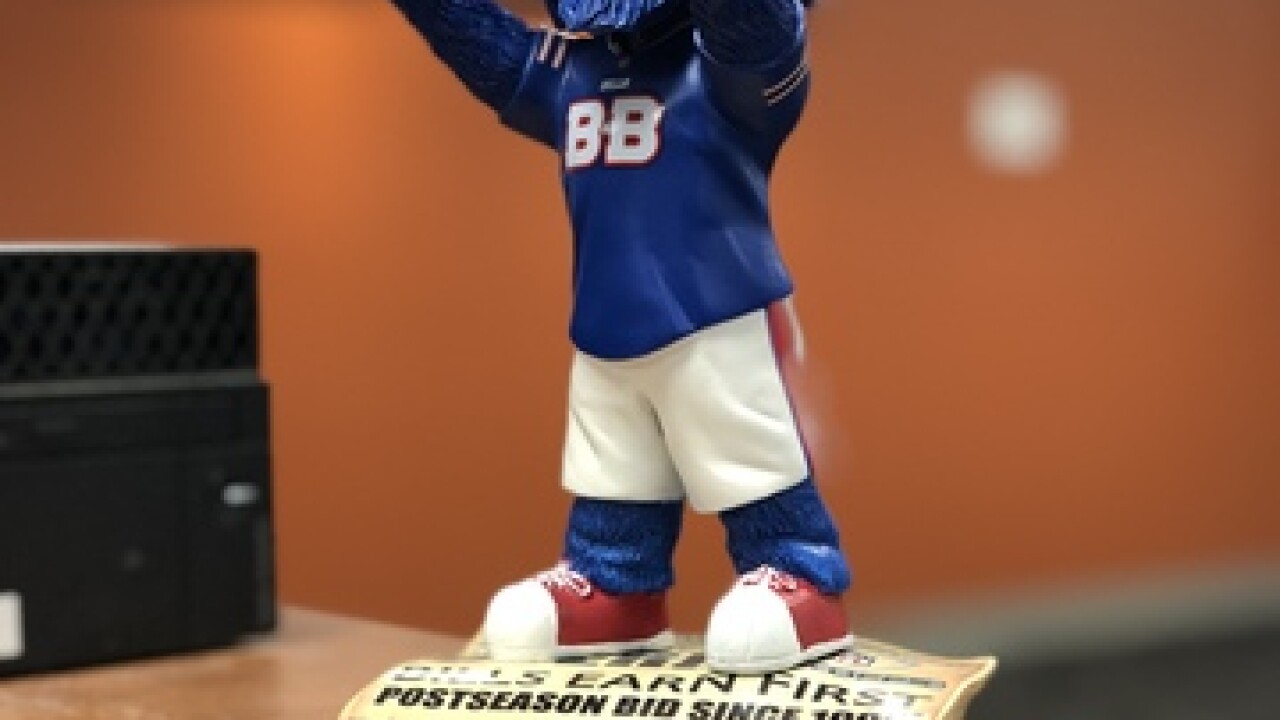 The National Bobblehead Hall of Fame and Museum is releasing 1,000 limited edition bobbleheads to celebrate the end of the Bills playoff drought.

The "Drought is Over" bobblehead features Bills mascot Billy Buffalo standing on a newspaper that reads "The drought is over! Bills earn first postseason bid since 1999!" On New Year's Eve 2017, the Bills beat the Dolphins and the Bengals upset the Ravens. The wins put an end to what had been the longest active playoff drought in major pro sports in North America. The Bills hadn't made the playoffs since the 1999 season, when their run ended with the "Music City Miracle."

The bobbleheads are made by FOCO and are available only at the National Bobblehead Hall of Fame and Museum and through its website. They're being sold for $40 each.